The Entirely Fake Villages Erected Around the World #ArtTuesday 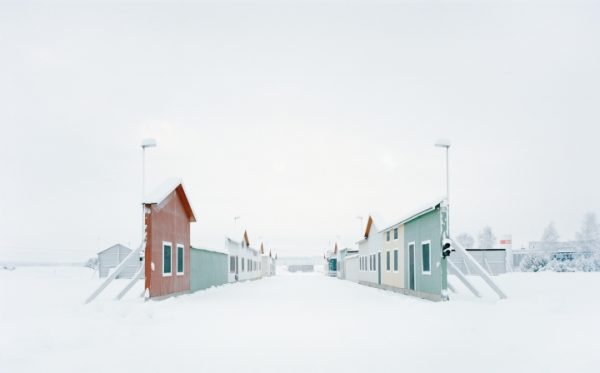 If you drive about an hour east of Gothenburg and reach the locality of Sandhult, you might just find yourself in Harlem, New York. Well, a superficial replica of Harlem, at least, where the storefronts of video stores and beauty salons sit beneath clear Swedish skies. This is AstaZero, a site that Volvo designed to look like a neighborhood nearly 4,000 miles away to test the sensors of their prototypes. The storefronts are fake, simply wallpapered to resemble a bustling street. 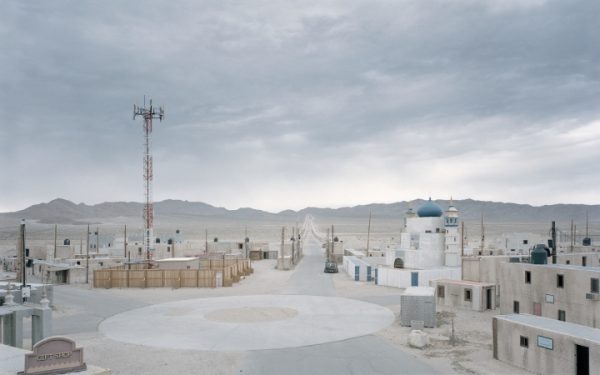 Astazero is one of the many artificial districts the photographer Gregor Sailer visited during a two-year journey for his eye-opening book, The Potemkin Village, which was published recently by Kehrer Verlag. Included in the series are photographs of European-style villages in Shanghai; a fictional Iraqi town in California’s Mojave desert; and buildings in a Russian city that are dressed to conceal their true appearances. Sailer himself does not attempt to trick his viewer, at times highlighting details of these villages that reveal their inauthenticity — peeling corners of a building’s “facade,” for instance, or the stands that prop up a row of fake Swedish houses, like a theater set. 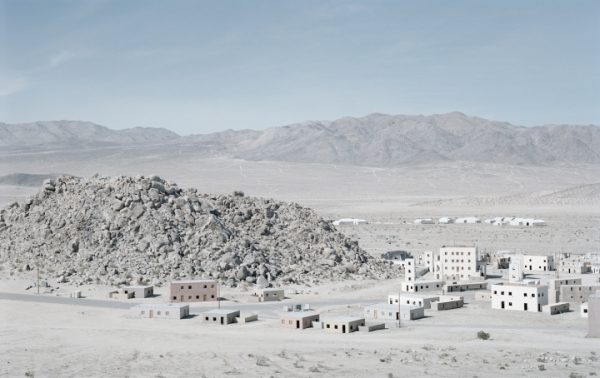 While some of the sites he did visit are simply peculiar, from AstaZero to Shanghai’s Thames Town, the majority of them are also jarring as they stand as military training grounds. These are startling evidence of the immense investments made into various nations’ preparations for war: Junction City at Fort Irwin in the Mojave features full-scaled replicas of a blue-domed mosque, a doctor’s office, and a fire station, all adorned with Arabic characters; the nearby Tiefort City was designed to have over 200 buildings, including a spread of boxy, simple houses.