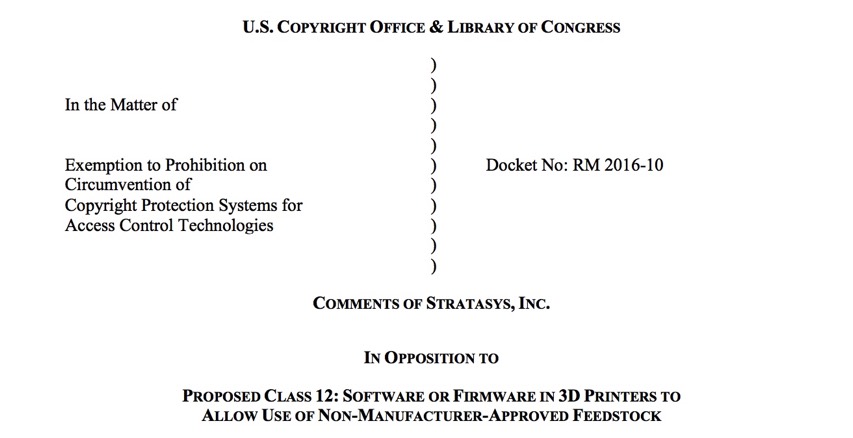 Stratasys explicitly does not oppose renewing that existing rule on unlocking 3D printers to use third party materials (the rule needs to be renewed every three years – hence the “Triennial”).  However, Stratasys opposes removing the qualifying language from that rule.  Unfortunately, its opposition does not really address the qualifying language (which is probably good because Stratasys effectively advised against inserting the language three years ago).
Instead Stratasys’ opposition quasi-re-litigates the original exemption, defends the concept of closed systems as a thing, and urges the Copyright Office to address selected ills of the world.  The opposition never addresses one of the key points of the petition: to eliminate copyright law from any discussion about third party materials in 3D printers because copyright law does not belong there.