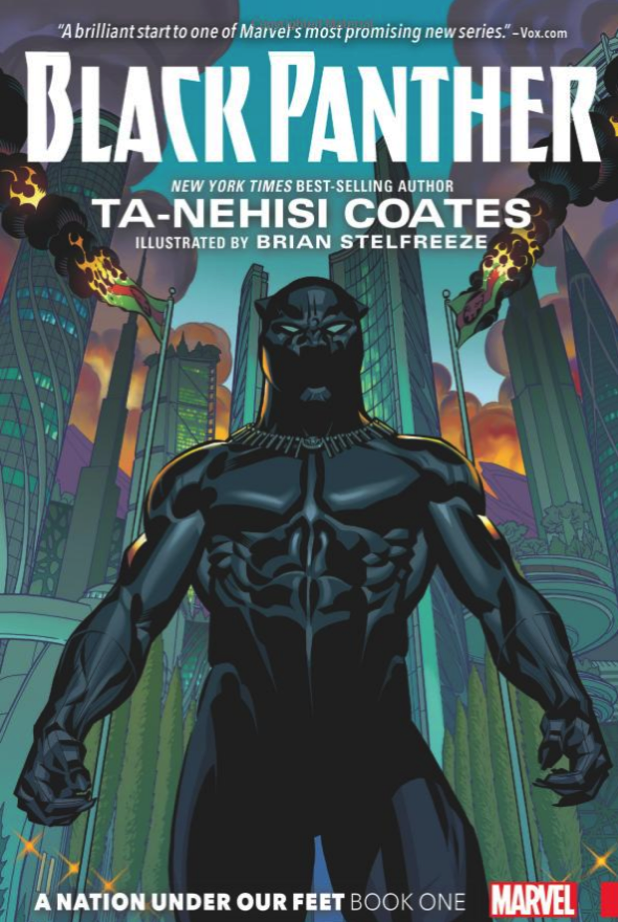 The highly anticipated Marvel film Black Panther comes out today and I’m sure it is no coincidence that its release date sits right in the middle of African American History Month. With early pre-sales outpacing previous super hero movies, it is clear the people are eager for a black super hero to hit the big screen!

In New York a man even started a campaign to raise money to give children in Harlem the chance to see the movie. Via Huffington Post:

Yonkers, New York, native and marketing consultant Fredrick Joseph set out to give hundreds of Harlem kids the chance to see themselves reflected in the film.

“To me nothing is more important than inclusion and representation for children,” he said. “This is such a bigger moment in time than a superhero movie.”

The Rolling Stone article, Black Superheroes Matter: Why a ‘Black Panther’ Movie is Revolutionary’, sums up the importance of the release:

As a child in school, I rarely reached for the black or brown Crayola crayons in my superhero coloring books; I have a lifetime’s worth of Halloweens where I weighed how often I could or should dress as the white superheroes. I couldn’t find ones that looked like me both outside of and underneath the mask. An entire generation of children will now know that a black superhero, society, imagination and power can exist right alongside Peter Parker, Steve Rogers and Bruce Wayne. An entire generation of children will not know what it feels like to not see themselves reflected back on costume racks, coloring books or movie screens. We’re at a pivotal time where these characters and stories are coming not out of permission or obligation, but necessity.

It has been someone’s time before again and again and again. But next spring will belong to Wakanda much like the summer belonged to Wonder Woman. We’ve been waiting to see ourselves onscreen, flying through the air and running across buildings and dodging laserblasts from bearded colonialists our entire lives. The future is Ryan Coogler, Chadwick Boseman, T’Challa, Black Panther. The future is here on February 16th.