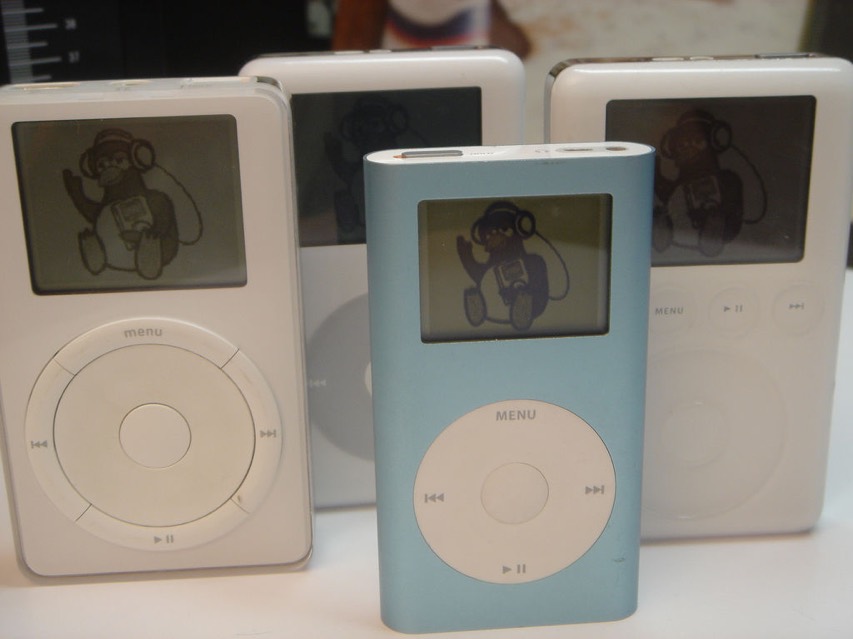 Back in 2005 when it was peak-Apple-iPods, I was working with an advertising agency and we we were putting a custom/modded firmware on the iPods. This was back when things like that were more possible. 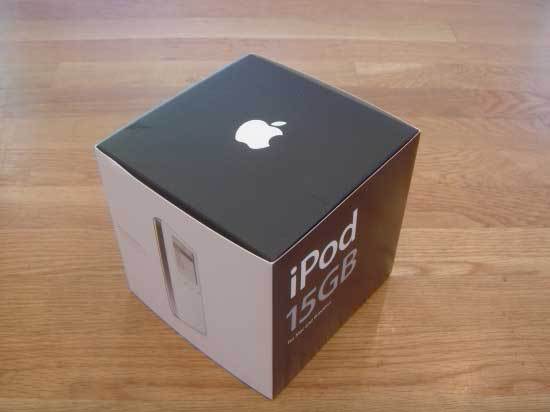 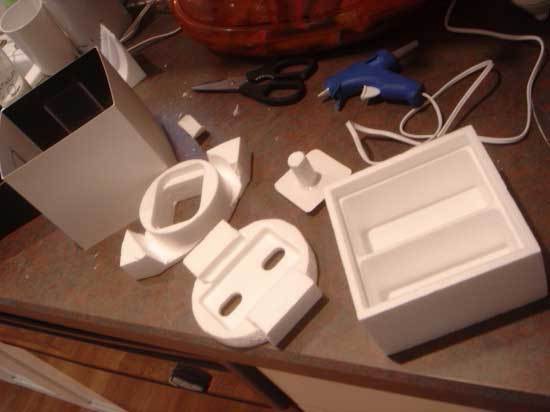 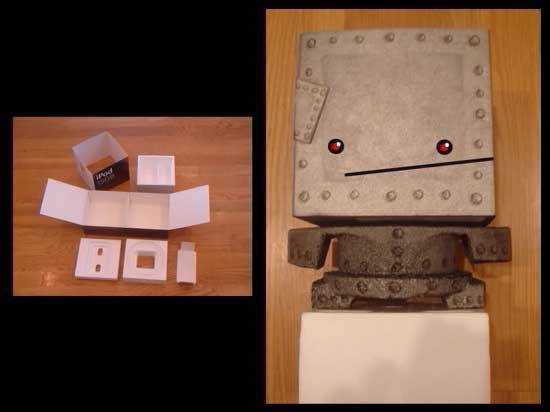 I had a 100+ iPod boxes, empty, and wanted to do something with them. So I made a little robots, some of the eyes would light up, some would move with some broken toy motors. I thought that the millions of iPod boxes could be art projects.

Since then, a lot of electronics are starting to use the enclosures they come in (say, a cardboard box) as part of the experience or “kit” itself. Here are a few. 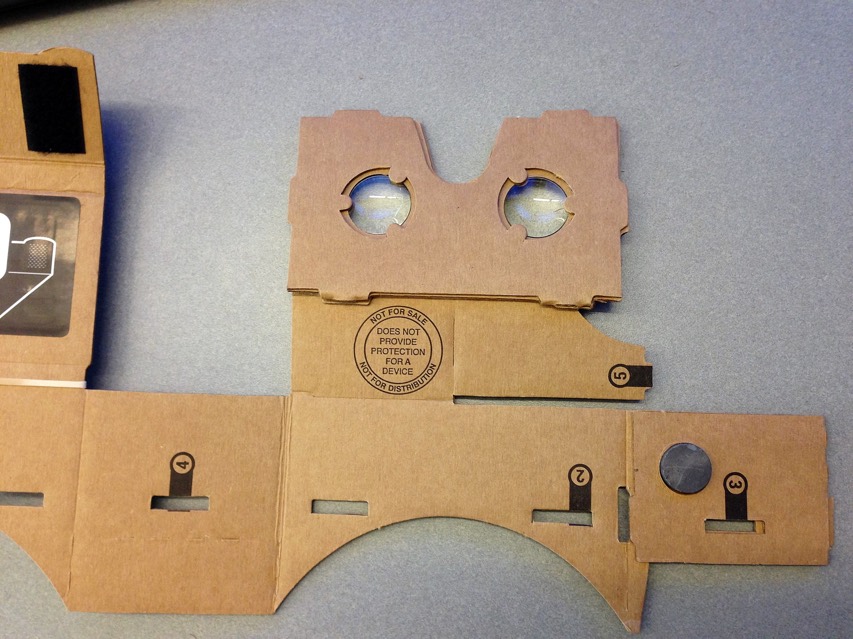 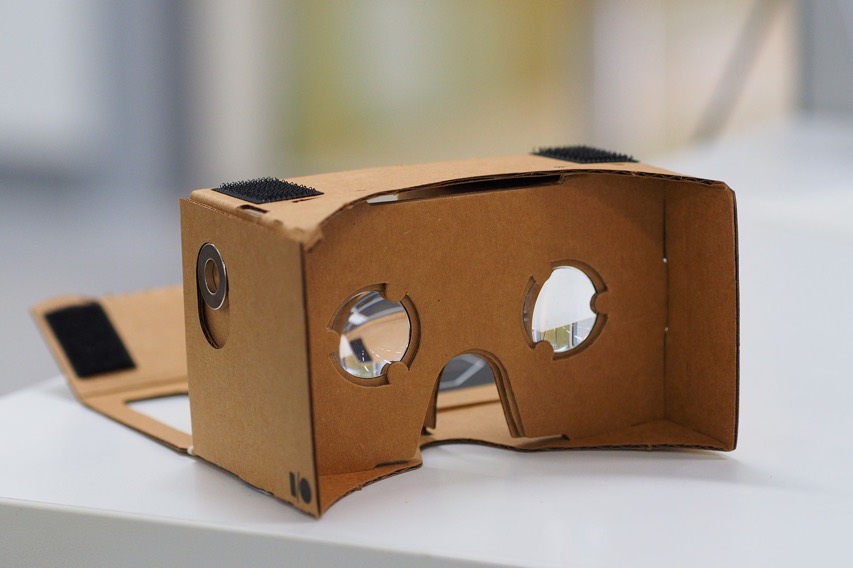 Google Cardboard is a virtual reality (VR) platform developed by Google for use with a head mount for a smartphone. Named for its fold-out cardboard viewer, the platform is intended as a low-cost system to encourage interest and development in VR applications. Users can either build their own viewer from simple, low-cost components using specifications published by Google, or purchase a pre-manufactured one. To use the platform, users run Cardboard-compatible applications on their phone, place the phone into the back of the viewer, and view content through the lenses.

The platform was created by David Coz and Damien Henry, Google engineers at the Google Cultural Institute in Paris, in their 20% “Innovation Time Off”. It was introduced at the Google I/O 2014 developers conference, where a Cardboard viewer was given away to all attendees. The Cardboard software development kit (SDK) is available for the Android and iOS operating systems; the SDK’s VR View allows developers to embed VR content on the web as well as in their mobile apps. 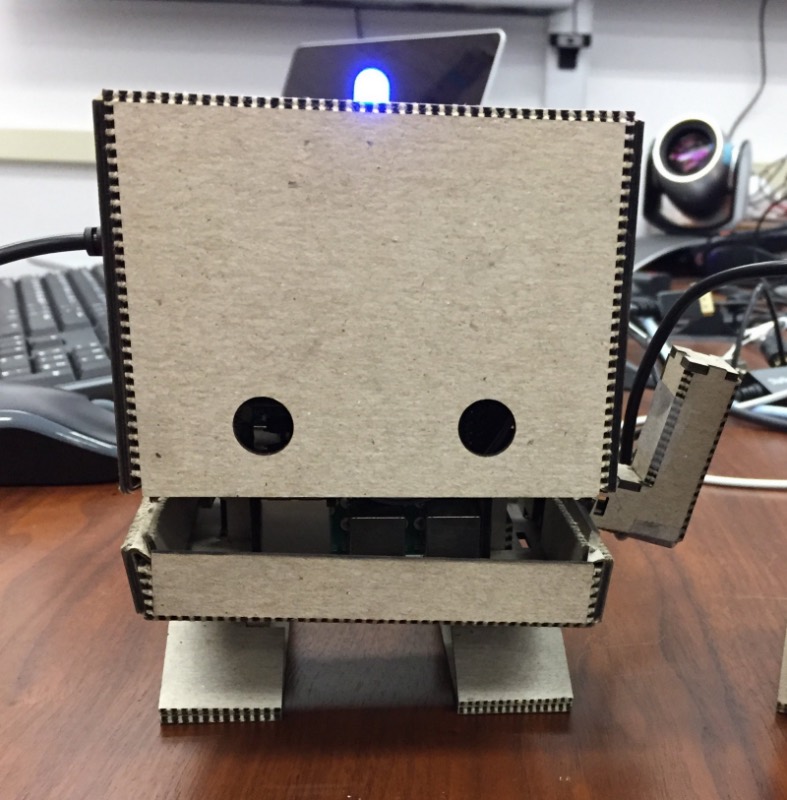 IBM Watson has a chatbot (we stock this)-

Say hello to your new little friend – it might just say “hello” back! Have some fun and code your very own AI robot with TJBot, a do-it-yourself template to learn, experiment, and explore AI with IBM Watson. The project consists of open-source step-by-step recipes, or coding instructions, designed for a Raspberry PI to help you connect your TJBot to Watson developer services. 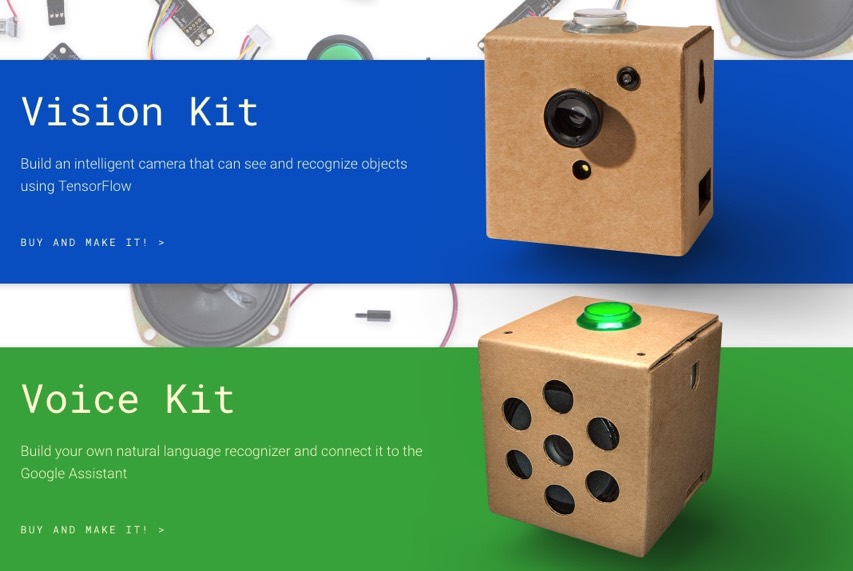 In 2017 Google followed up with two “AI” kits, one voice and one vision. The AIY Voice kit (we stock this) is for building your own natural language recognizer (Google Assistant) – based on a Raspberry Pi. The Vision kit is an intelligent camera kit that can see and recognize objects using the Movidius neural network chip. 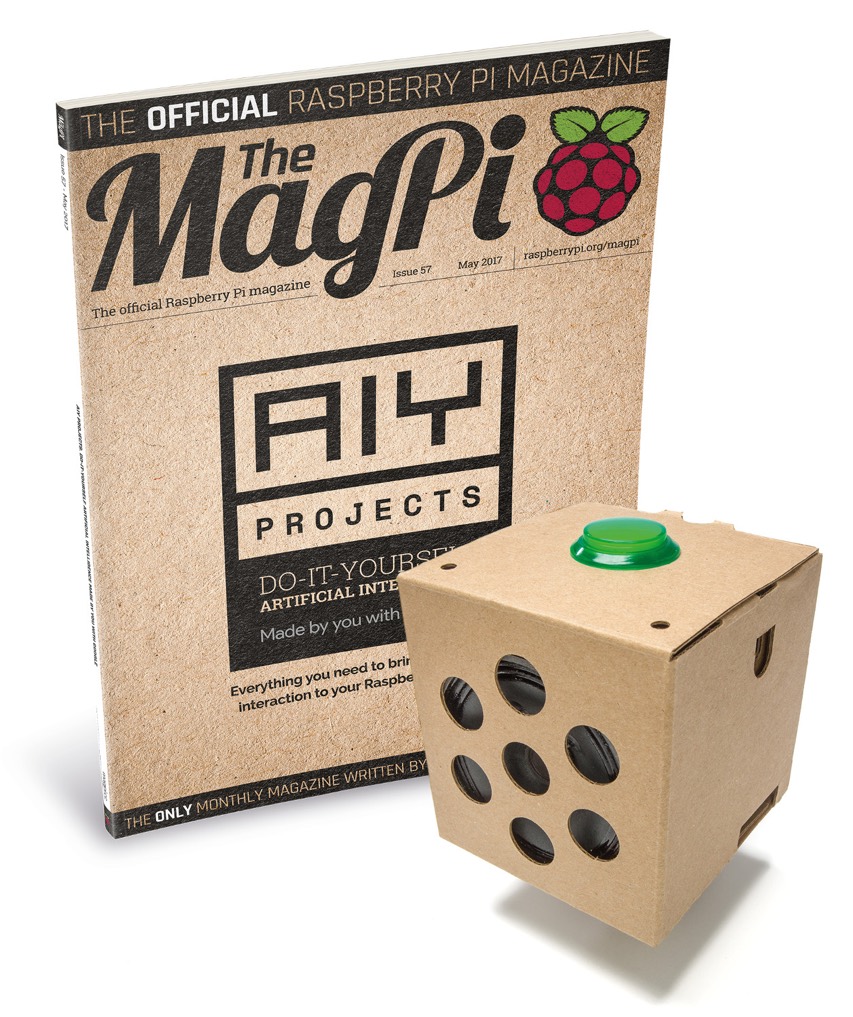 Nintendo Labo combines the magic of the Nintendo Switch system with the fun of DIY creations. With Nintendo Labo, building is just as much fun as playing. Find out how it all works and you might even invent new ways to play with your Toy-Con creations. 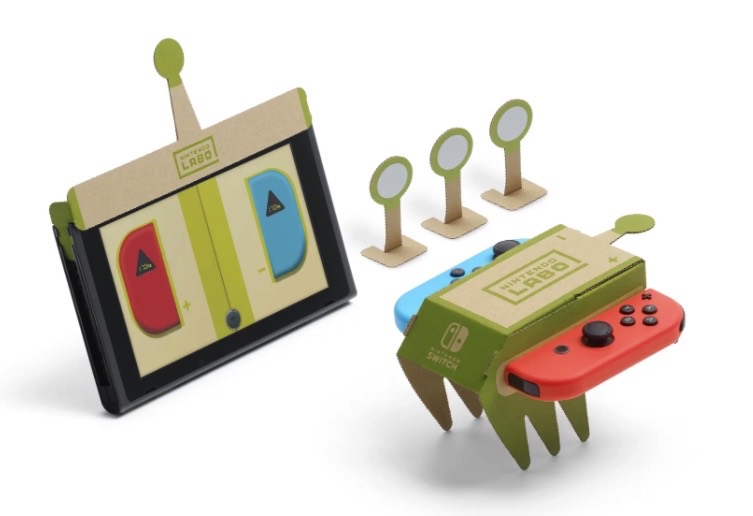 Makedo are cardboard fastener/construction helpers (we stock these): 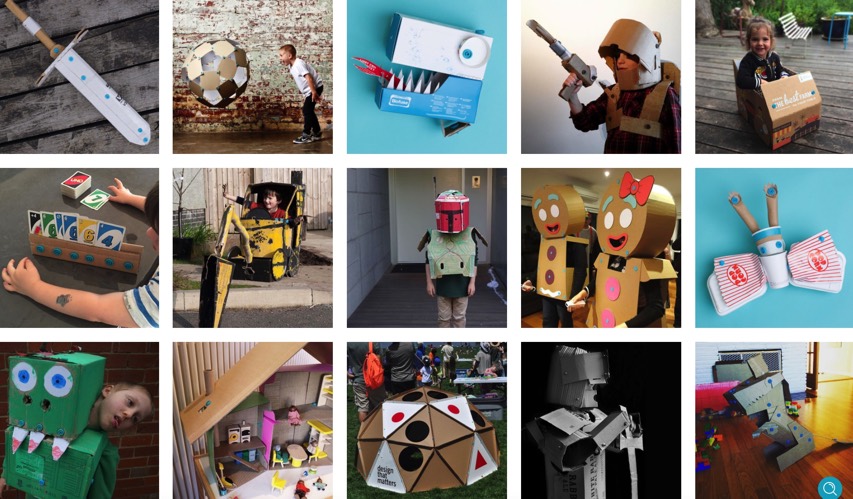 Makedo needs little introduction; find some cardboard, grab some Makedo tools and get started. The awesomeness of Makedo is that children learn by doing, creating, experimenting, failing and maybe succeeding but that’s not essential. The creations then open the door to imaginative play where the child is protagonist in a hack-able world of their own making.

A few more favorites & ideas from the past include…. 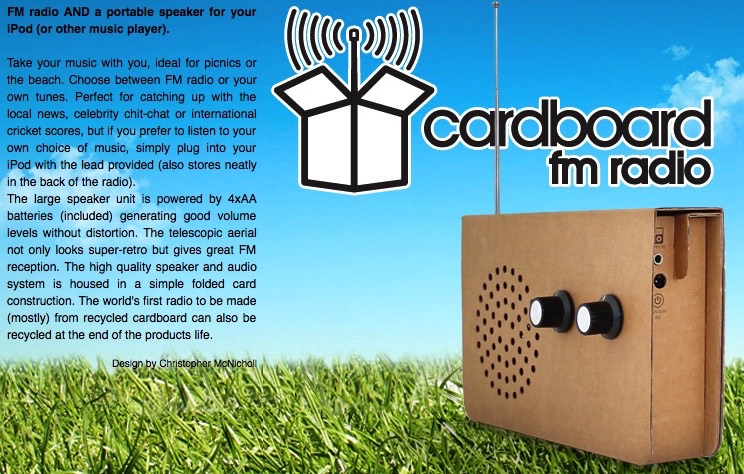 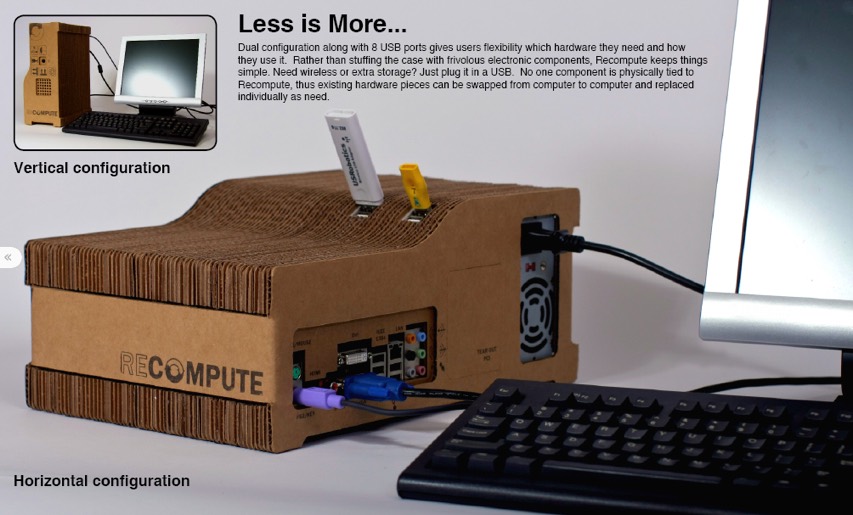 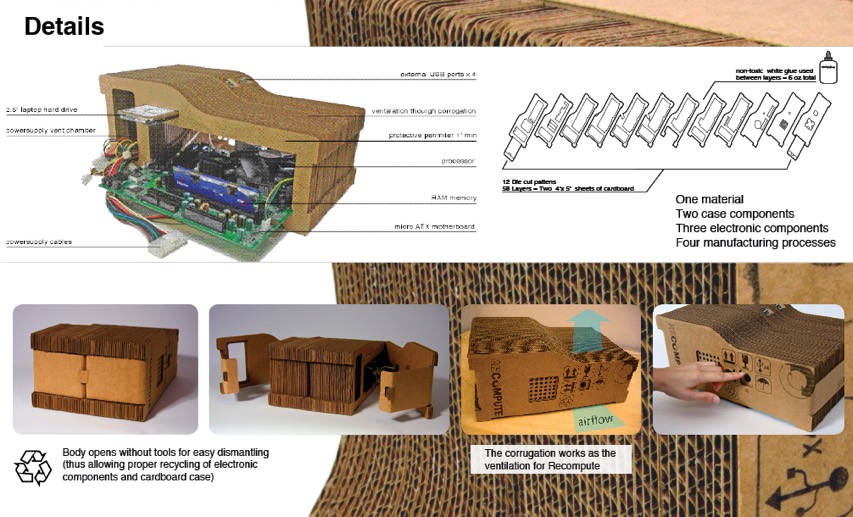 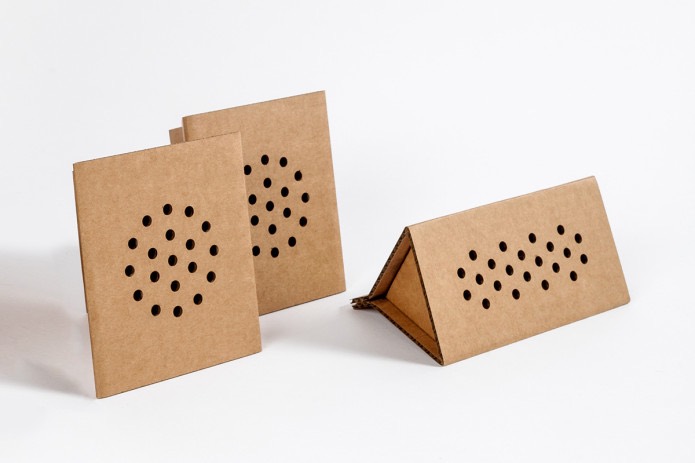 There are speakers and boomboxes, just search for “cardboard speakers.”

Hummingbird Robotics has projects and more for robotics + cardboard. 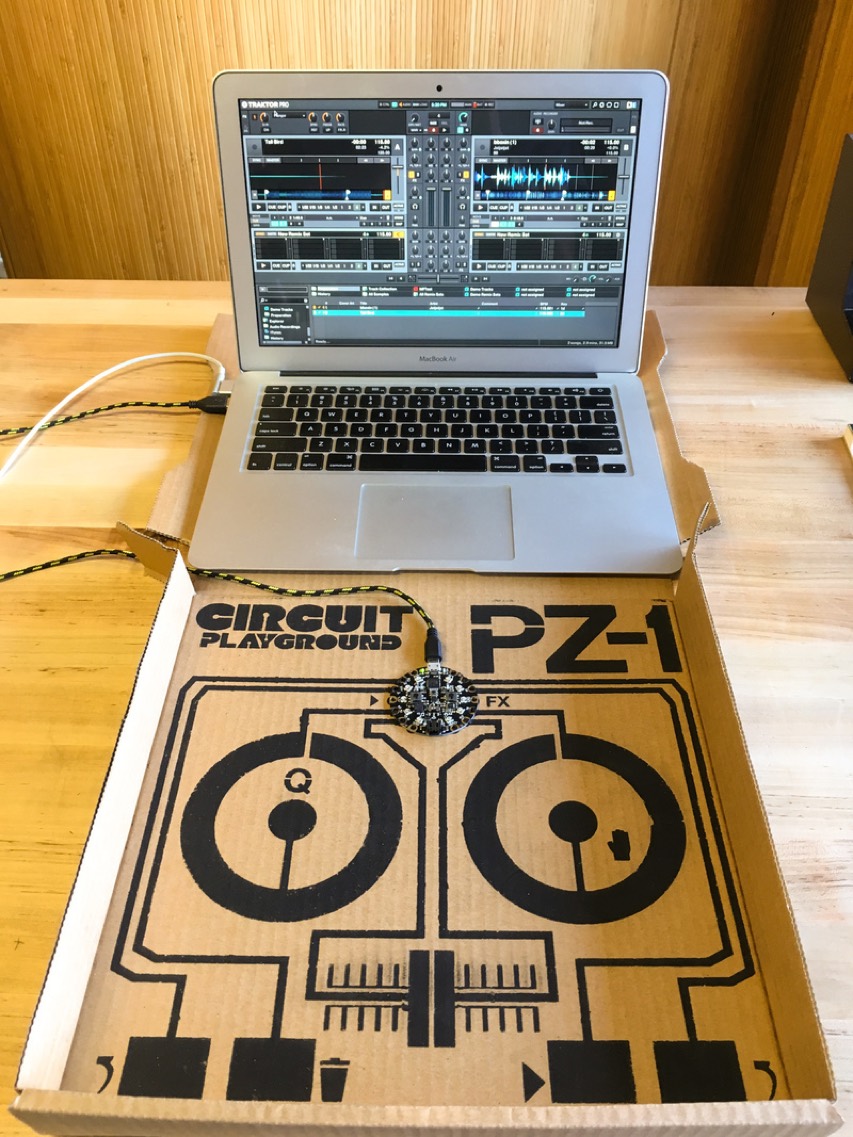 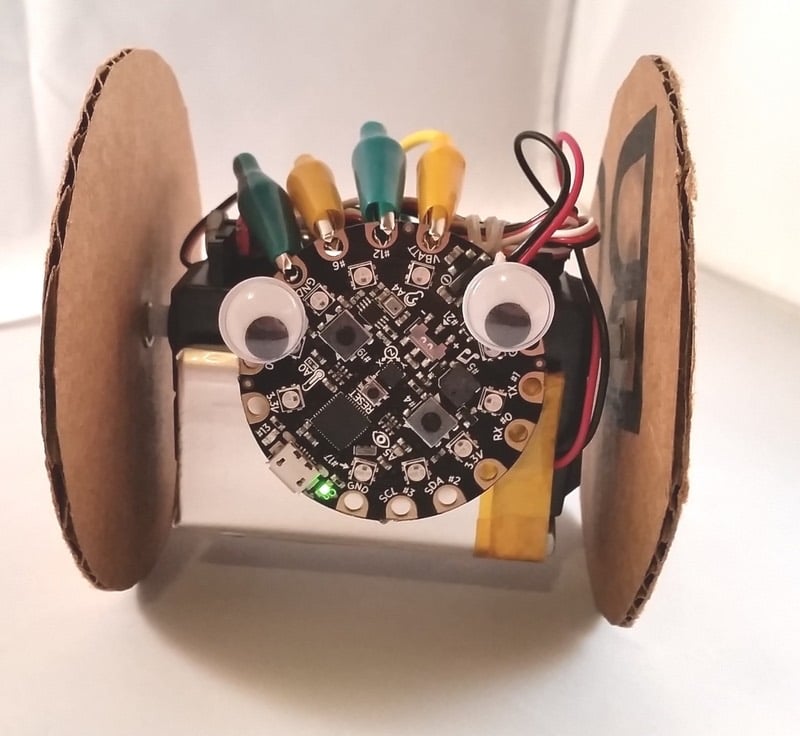 In a world filling with Amazon Prime boxes, an increasing landscape of cardboard boxes piles up weekly. So much so, that perhaps we’ll look and see not just an empty box, but enclosures for projects, arts and crafts, and imagination instead of trash. The emptiness inside the box will be filled with our ideas, hopes, dreams, things we want to do and make. These will not be permanent, only a moment in time we decided to make something with what was around us and share it. 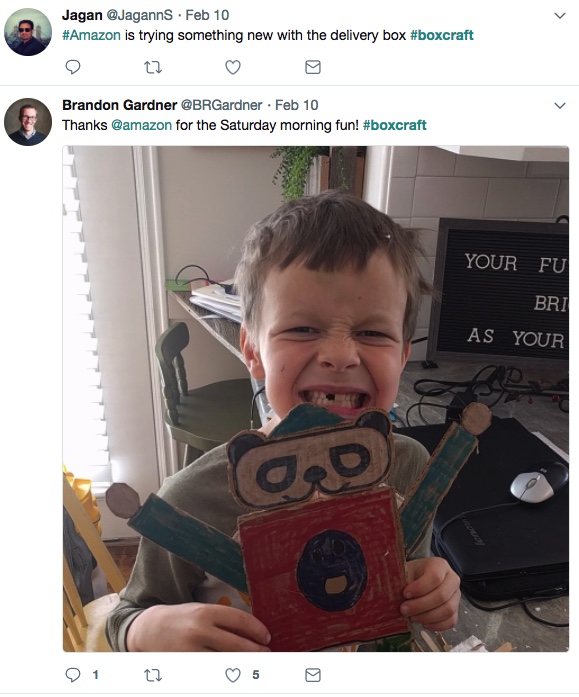 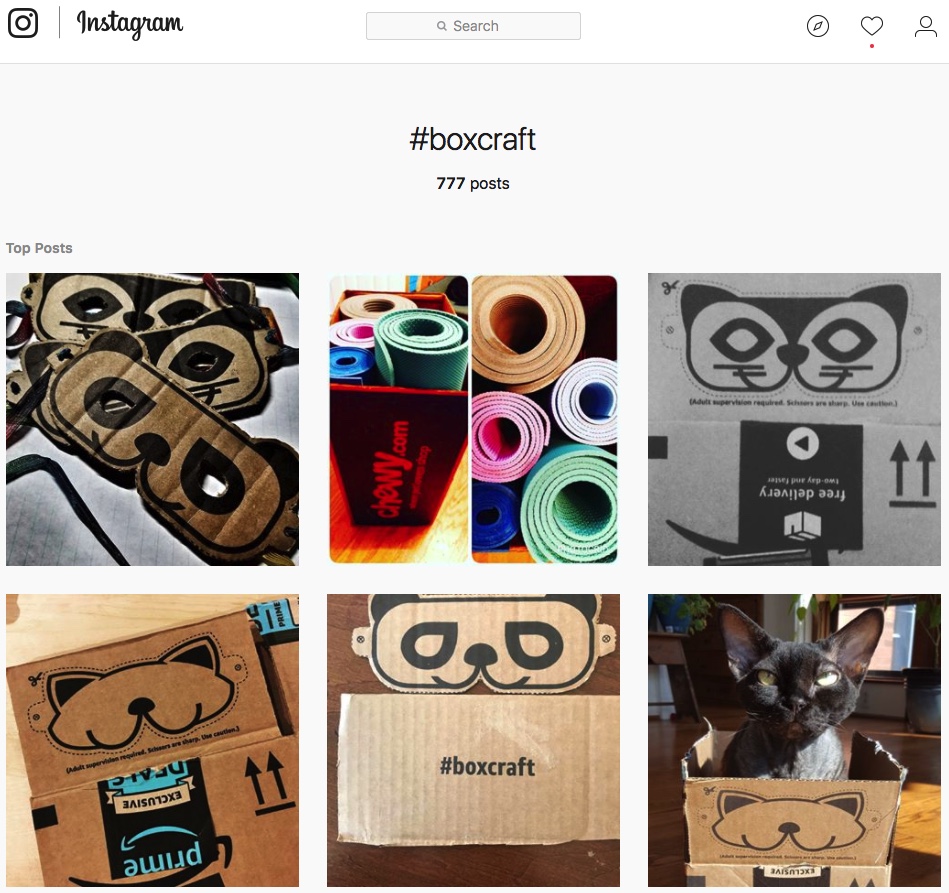 It looks like as of Feb of 2018, Amazon has been thinking about this too. Some customers are receiving Amazon boxes with a mask/character and it has the tag #boxcraft that is starting to appear on Twitter and Instagram.

Comments Off on Cardboard construction kits for robots, electronics, gaming, AI, and more