Discovery of Ancient Stone Tools Rewrites the History of Technology 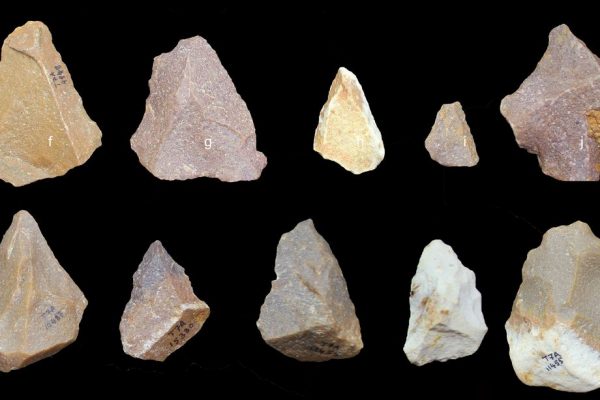 A new discovery of stone tools from about 385,000 years ago has anthropologists rethinking the history of technology. The stone tools, found at a site in southern India, were sophisticated blades chipped from chunks of quartz, which is a technique that experts previously thought came to India only about 125,000 years ago.

Archaeologists analyzed more than 7,200 stone tools and found that this sophisticated tool-making technique, called Levallois, began replacing clunkier and more primitive stone tools between 449,000 and 321,000 years ago. This discovery is the earliest evidence of Levallois technology in India, according to a study published today in the journal Nature. It also pushes back the technological timeline there roughly 250,000 years.

Ancient human relatives — collectively known as hominins — started making heavy stone tools at least 1.75 million years ago. But roughly 300,000 to 400,000 years ago, hominins in Africa and Europe went through a technological revolution and began chipping blades and points off of portable stone cores. These Levallois tools were much easier to produce in large quantities, and they could be attached to sticks to make spears. Previous digs suggested that this more advanced technology didn’t catch on in India until much later, after around 140,000 years ago. So one theory said that modern humans brought their tool-making know-how with them to India when they first started leaving Africa around 125,000 years ago (give or take a few thousand years).

“These data show that was wrong,” says John Hawks, an anthropology professor at the University of Wisconsin-Madison who was not involved in the study. Today’s findings reveal that Levallois tools emerged in India roughly 385,000 years ago — right around the same time they started showing up in Africa and Europe. That means “India is part of this network of cultural innovation that included Neanderthals and Africans,” Hawks says. Michael Petraglia, a professor of human evolution at the Max Planck Institute in Germany who also did not participate in the research, agrees that the discovery is a key piece of the puzzle. “It fills an important gap in our knowledge of an important crossroads,” he says.