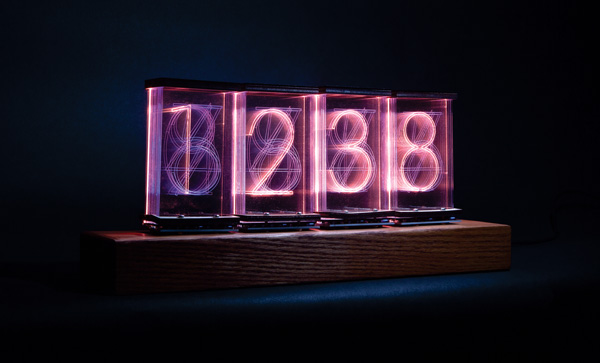 Stanley Kubrick’s 1968 science fiction film 2001: A Space Odyssey still stands up pretty well. But there’s a telling anachronism in the scene where scientists visit a monolith that’s been uncovered on the moon. On their lunar shuttle’s control panel, there are numerical indicator lights clearly made with cold-cathode displays, also known as Nixie tubes. This technology was in vogue during the mid-1950s but fell out of favor in the 1970s.

Nixie tubes still enjoy a following among enthusiasts of retro technology. I’ve sometimes been tempted to build a Nixie-tube clock, but the difficulties and expense always put me off. It’s hard even to purchase Nixie tubes at this point—especially larger ones—and they require high-voltage driver circuits, which are inherently dangerous. So I was delighted when I stumbled on something designed to mimic the appearance of Nixie tubes without the complications—something its designer calls a “Lixie display.”

Comments Off on Build a Clock With Lixies, the Nixie-⁠Tube Lookalike