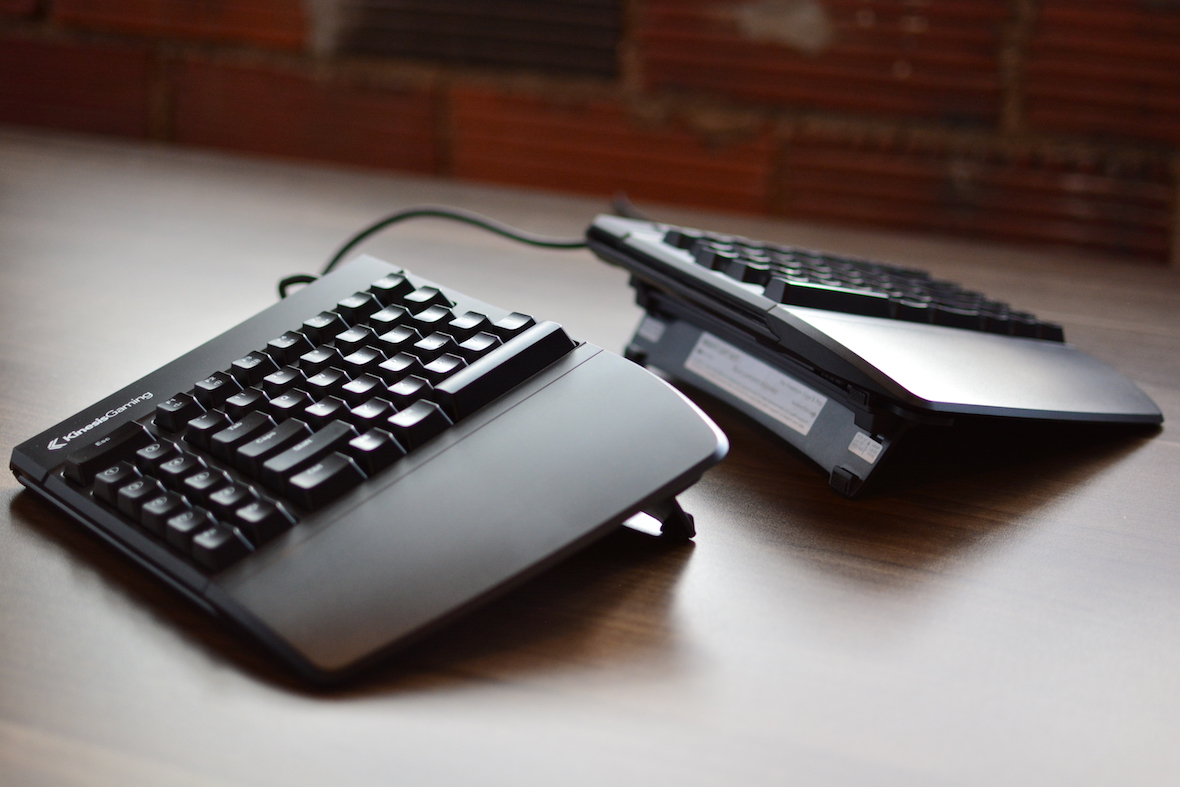 Post-Kickstarter, the Freestyle Edge retails for $219. I’ve been interested in it for a while but still plenty happy with my keyboards and was waiting for an honest review. Not just a gadget review, but an honest review, like from a developer or someone who types more than they talk in a given day. I’m not saying John Ruble from Atomic Object doesn’t talk but he did …. type, this honest review, and I appreciate it. 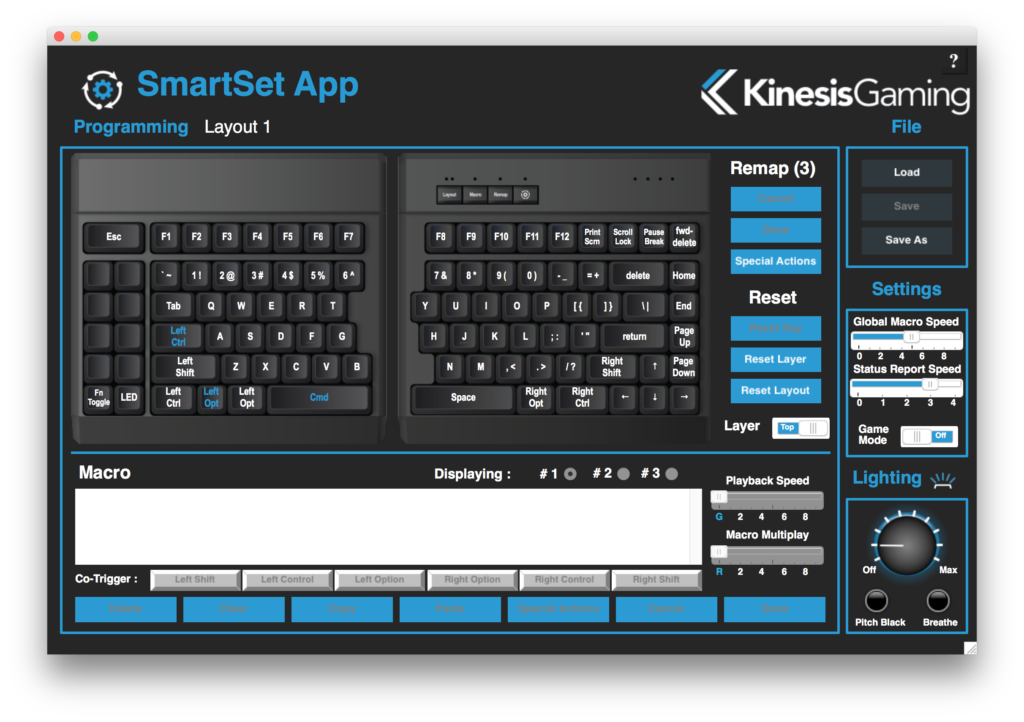 Many ergonomic boards come in one piece, and those that are split often sport exotic or compressed layouts. The Freestyle Edge promises placement flexibility (spacing, roll, and yaw) with a mostly-traditional layout that should be easy to pick up. Additionally, it’s a mechanical keyboard, which means each key has a spring under it instead of mushy rubber.

The detachable wrist wrests mount securely, but I’d avoid removing them frequently, as the connection relies on flexing a pretty thin piece of plastic. The lift kit feels much better, as if it would hold up to repeated adjustment. You can remove it to keep the board flat, or configure it for a convex tilt of 5, 10, or 15 degrees.

Remap keys: Turn Caps Lock into CTRL, in hardware. Use alternate layouts like Dvorak or Colemak without even telling your operating system about it.