Black Panther: the Return of the Future

Here’s the tl;dr: if you’re interested in the future or the impact of technology on culture or feminism or geopolitics or Afrofuturism or intersectionality or James Bond or eating popcorn while watching the kick ‘splode or Marvel stuff or super hero stuff, then go see Black Panther. But you know that already.

To expand, and personalize: I grew up in Richmond, California, which is the non-headline East Bay sibling of Oakland, where Black Panther director Ryan Coogler and Black Panther villain Killmonger grew up. Coogler’s first feature film, Fruitvale, travels along streets I’ve walked on and BART station stops I’ve waited at, reading comics, wary of the cops. I read a lot of comics in Richmond. I’d walk from our house on the (literal) wrong side of the tracks, up the street, through the empty lot, around the corner to the 7 Eleven, where I’d spend my $1.00 a week allowance on a candy bar and a comic book. While there were some black super heroes in the pages of those comics, I never saw an African Amrican vision of the future. I never saw any kind of future except for the one my grandfather on my white mom’s side of my multi-ethnic family would spin from his deep cut First Fandom science fiction world. Afrofuturism it was not. 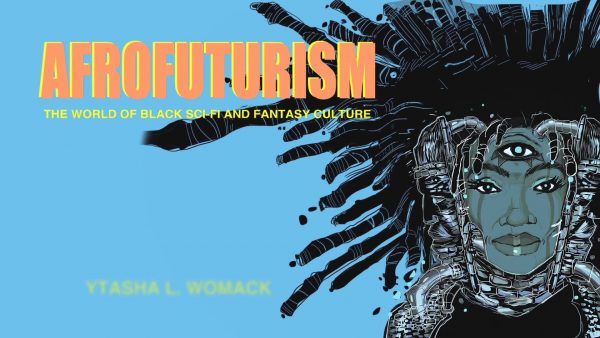 2018 has its issues, but it’s also the year I can go to an Afrofuturism film festival in Potland, OR, and a week later see Black Panther, a movie that brings afrofuturism to the mainstream. Ryan Coogler and screenwriter Joe Robert Cole sourced many writers from the long history of the character, but Stan Lee’s core remains: the Black Panther is T’Challa, the king of the African country of Wakanda, which is secretly the most technologicaly advanced country in the world. That’s part of Afrofuturism: looking at the future through a black lens. 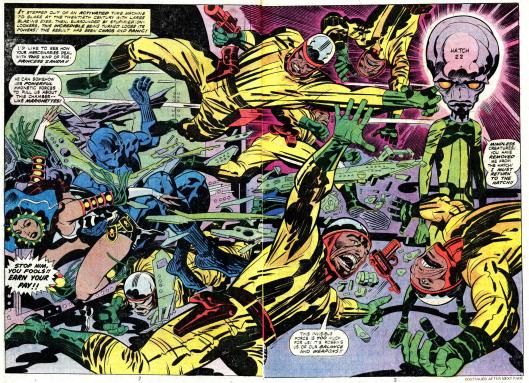 Another part or Afrofuturism is using the vocaubulary of science fiction, in this case housed in super-hero tropes, to critique the present-day dilemmas of black people. Black Panther’s main game seems to be just this. In imaging Wakanda as as the most technologically advanced country in the world, it’s also imaging black people in possession of the most destructive weapons ever known. Wakandans could destroy every country on Earth a hundred times over or they could shape the future of the species. That in itself is a revolutionary vision. 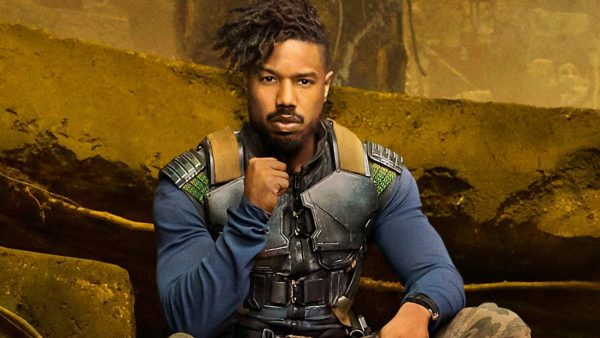 Add to that vision Killmonger, T’Challa’s cousin who was robbed of his birthright in an effort to keep Wakanda secret. If Wakanda’s power were revealed to the world, its culture could be fractured, its technology could be plundered, and it would need to involve itself in the squabbling of the colonizers. For the Wakandans keeping their true power secret makes sense, but to Killmonger it means that his brothers and sisters around the world have been robbed of their true heritage, their bodies subjected to slavery and murder for generations. Killmonger’s version of the future is one of violent revolution. 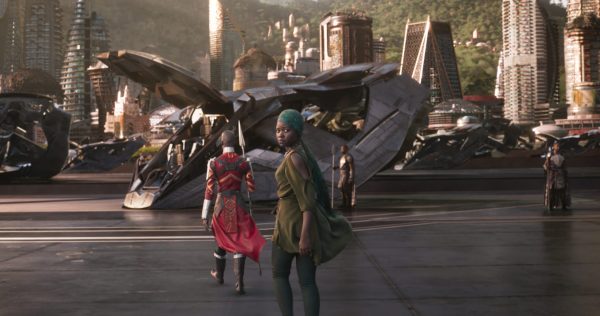 Killmonger’s reflection isn’t the aristocrat T’Challa, but the social reformer Nakia, played by Lupita Nyong’o, whose critiqe of Wakandan politics is clear: with great power there must also come great responsibilty. Given that Wakanda is the most powerful country in the world, doesn’t it have a responsibility to help not only its brothers and sisters in Africa and the African Diaspora, but these knotted-up colonizers across the world?

Between those two characters stands T’Challa, the king of a country at a crossroads, trying to find a vision of the future for his people. That’s the central conceit of Black Panther, and why Afrofuturism powers its thematic core.

Black Panther also codifies where we are now with superhero movies. Or rather, it hits home where we’ve been for a bit. Namely, bored. We’re bored of origin stories and bored of reluctant heroes navigating the monomyth. The surprise for folks who haven’t been reading comics since they had a $1.00 a week allowances in downtown Richmond is that the super hero form is like a fairy tale or a pop song or a romantic comedy: it is pliant, resilient, and holds tremendous metaphoric power.

Despite what you may have read, Black Panther fits squarely in the super hero genre. Comics are a medium. Super heroes are a genre. Super hero stories at their most juvenile they are unreflective power fantasies. This gets pretty old pretty quick, and soon gives way to satire and new content. We’re very much in that world right now. We’ve got satire from Deadpool and Guardians of the Galaxy and new content from Wonder Woman and Black Panther. This doesn’t separte them from the super hero genre — if anything it affirms them as part of the lineage. Power fantasies must eventually be either critiqued or expanded, and that’s what we’re seeing. Deconstruction — true deconstruction — will come soon, with the HBO version of Watchmen, which, if excecuted properly, will do what Zack Snyder version of that same story failed to do: take apart the super hero power fantasy until its absolute bones are revealed. That’s not entirely Snyder’s fault, he just came along too early in the cycle. The public wasn’t bored with super heroes yet. Now we are, and it’s time to bring them back to life or give them a complete autopsy.

In order for super hero stories to have any energy whatsoever, they must open up new subjects or tear the power fantasy apart. That’s where we are right now. Black Panther is important on that level — but it’s a far more important in another way.

Because it’s cool that I can see an Afrofuturism festival in Portland, and it’s also cool that Black Panther is breaking box office records. What’s essentially cool is that Afrofuturism forces a different vision of the future, which in 2018 is desperately needed.

Critical theorists and political pundits and war historians and economists are right now making a pretty penny writing books about the impossibility of imagining the future. If you trace all history as Western history there are dead ends everywhere you look — and for too long the advances of science and engineering has been tied to a Western, Eurocentric vision — a vision that ends in climate change, water shortages, late stage capitalism, or a last ditch attempt to get off the planet. Of course the future is impossible to imagine if it is exclusionary and of course we can’t solve our problems with the same kind of thinking we used when we created them.

Like the Wakandans in the Marvel Universe, Black Panther and Afrofuturism are here to bring back a futurism — any futurism — that can imagine a better world a hundred years from now. If your frame doesn’t allow for hope in the future, then it’s time to open your borders. It’s time to share your technology. It’s time to listen to another tribe.

Why ‘Black Panther’ is a Defining Moment for Black America

Afrofuturism: A Brief History and Five Books to Get You Started

Afrofuturism on Film: Five of the Best

Comments Off on Black Panther: the Return of the Future