Ella Baker was an activist and one of the most influential women of the Civil Rights Movement who worked for the NAACP and was one of the founders of the Southern Christian Leadership Conference. She also organized the founding conference of the Student Nonviolent Coordinating Committee. 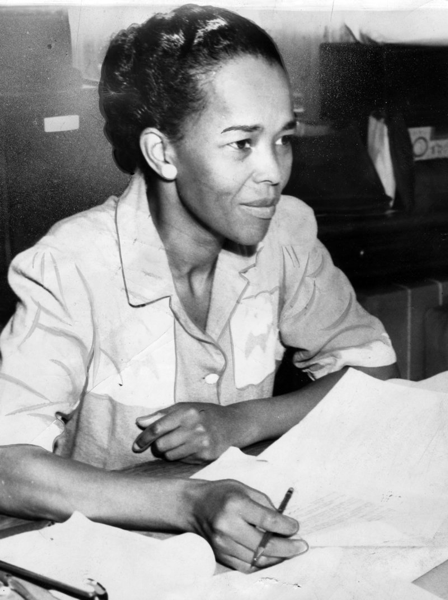 Born in Norfolk, Virginia, Baker grew up in rural North Carolina, where she developed a deep sense of self-respect. Her parents shared their food with hungry neighbors; her grandmother told how she endured a savage whipping rather than agree to marry a man chosen for her by a master.

Utilizing her iron will and a gift for listening, Baker helped local leaders carefully craft and implement targeted campaigns against lynching, for job training and for black teachers to get equal pay. She also was adept at recognizing talent and helped coax capable rank and file members into taking leadership roles; among the participants at one of her workshops was an NAACP member from Montgomery, Alabama, named Rosa Parks.

After resigning from the national organization in 1946 (she had returned to Harlem to raise a niece), Baker stayed involved with its New York chapter, and in 1952 was elected its president, the first-ever woman in that role. There, she built coalitions with other groups, worked on a campaign to end school segregation, and even publicly confronted the mayor.

But after the success of the Montgomery Bus Boycott (touched off by Rosa Park’s refusal to yield her seat to a white man on December 1, 1955) many black leaders, including Martin Luther King Jr., decided they wanted to establish a formal organization to build similar boycotts throughout the south.

Dr. King, a gifted speaker, was chosen to be the organization’s figurehead. According to several historians, including biographer Barbara Ransby, writing in her book Ella Baker and the Black Freedom Movement: A Radical Democratic Vision, it was Baker who principally framed the issues and set the group’s agenda. In 1958, she moved to Atlanta to spearhead what had become the Southern Christian Leadership Conference (SCLC), the group primarily associated with Dr. King.