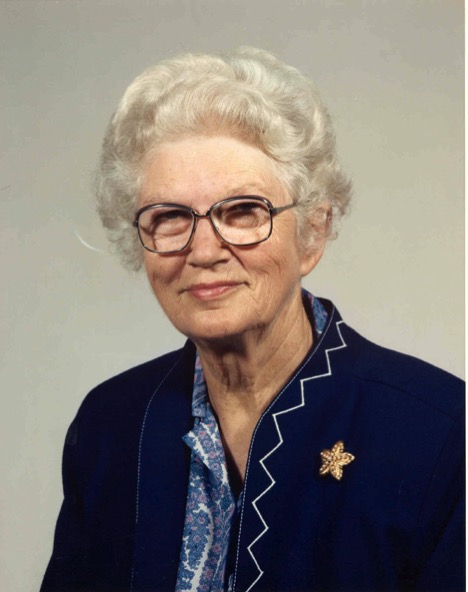 I would like to suggest Alice Lucile Graham to be honored as
a Scientist, Maker, Engineer of the week at some point. I believe she is the
only woman in the White Sands Missile Range Hall of Fame.

Thanks for bringing Ms. Graham’s accomplishments to our attention Ray! Via White Sands Missile Range

Alice Lucile Graham was born November 14, 1911. She attended high school in Webber, Kansas and later graduated from Kansas State University with a bachelor’s, degree in mathematics. In 1948 she earned a master’s degree in mathematics from Kansas State and went to work for the Ballistics Research Laboratory at Aberdeen Proving Ground, Maryland.
In 1951 Graham moved to White Sands to take a position as a mathematician in the Computing Section of the Data Reduction Branch in the Flight Determination Laboratory. Coinciding with Graham’s arrival was the need for more and faster calculations of missile flight data. At first she set up calculator system programs to accomplish the data reduction. By mid-1955 the range had its first computers to handle the huge volume of data needed for each test report.
The early computers did not have their own system programs supplied by the vendor. Graham was put in charge of programming and developed the necessary system of programs and logic for use in data reduction. It was a pioneering effort because there were no examples to follow and no user-friendly languages to work with. The programming effort was so effective that the backlog of data reports was, for the first time, eliminated.
Later, the second generation of computers was installed at White Sands and Graham led the way in developing the operating system software. She was able to integrate the system and quickly bring it to full operational capability.
In 1963 she was made chief of the Computing Branch of the National Range’s Data Reduction Division. Added to her assignment in data reduction was the experiment in real-time computing. It was a full-scale effort to tie the computer directly to range radars, optical instruments and other instrumentation throughout the range for an exchange of information. It also provided for almost instantaneous displays of data.
In 1965 Graham moved to the newly created Computer Directorate to provide computing for all major directorates and offices requiring digital computing. She helped lead the way for a massive centralization of computers at the range, cutting down on the number of computers and installing new and more powerful systems.
During her career Graham was named the White Sands Woman of the Year in 1957, received the Army decoration for Meritorious Civilian Service in 1965 and was the first woman at the range to reach the grade of GS-13.
She retired in 1969 and lives in Las Cruces.

Filed under: Women In STEM —
Tags: women in STEM — by Jessie Mae