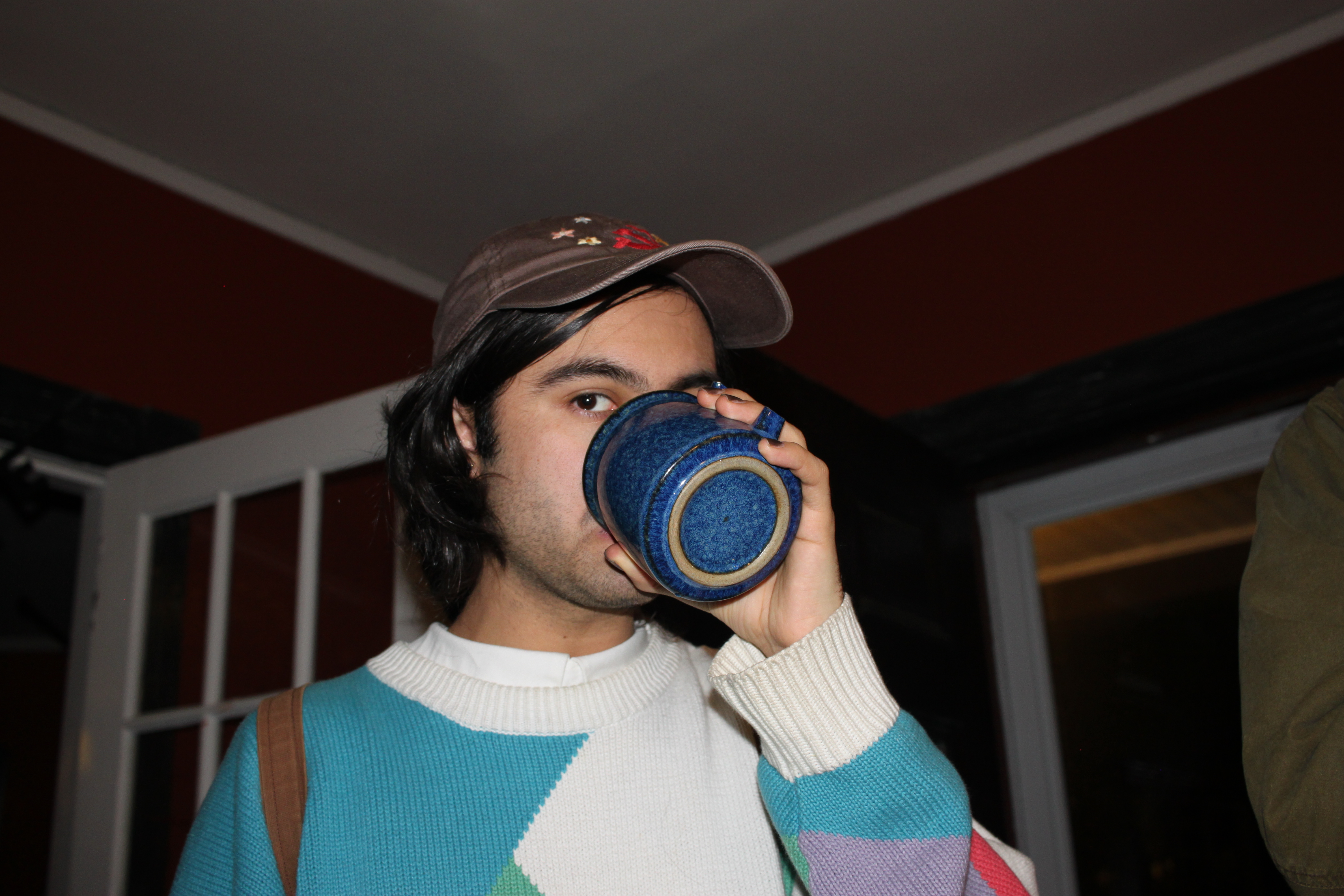 Dylan Citron has been operating under the Bedbug name since 2016, crafting beautiful and beguiling bedroom pop. Their music is a delicate mix of spoken word samples, tape hiss, passive drum machines and muttered melodies. They make special music. The sound is neither clean and accessible or dissonant and ugly. It’s loose and fractured but deeply personal, highly individual, intensely moving and tremendously artful. Their records don’t sound like other people’s records.

Bedbug’s music first began to really get attention and acclaim when they issued their if i got smaller grew wings and flew away for good album on Slovakian cassette label (and DIY hero) Z Tapes. It was an album that just kept finding its audience, little by little, from word of mouth and early adopters like Various Small Flames along all the way along to press outlets like Spin playing catch-up. It was a beautiful album, recorded and released atypically, but one that found its way to people and moved them just the same.

At the beginning of this year Bedbug signed with excellent independent label Joy Void (their Horse Jumper of Love album is another favourite around here) and released their best record yet, the stunning i’ll count to heaven in years without seasons. This new album received a terrific response with places like Stereogum, GoldFlakePaint, Post-Trash and The Fader picking it up, simultaneously earning a gushing response from the DIY music scene.

“Lo-fi” is kind of an overused term and it doesn’t necessarily apply here either but Bedbug’s growing popularity is proof that there are no fidelity standards to meet and no rules you’re obliged to follow. If your records sound different to other people’s, either by design or due to practical limitations, that might not be such a bad thing. Make great art, make it any way that you want, make it any way that you can.

Of course, nothing about how a Bedbug record sounds feels accidental. These songs tell a story that’s thick with atmosphere and emotion. Having fallen so in love with the new album, we were really happy to talk to Dylan about art, recording, technology and more. Bedbug rules.

Where are you based?
Based in Boston!

What was your introduction to music?
This is extremely broad but as a kid my parents used to take me to all sorts of classic rock concerts, but I wouldn’t exactly say that was formative necessarily. In elementary school a teacher played a “the fray” cd and that gave way to all sorts of pop punk and soft alt rock. We’ve also always had instruments in the house growing up so I’ve never been too far from a piano or anything.

What have you been working on?
I’ve mostly been focusing on cooling down a bit after doing so much writing and feeling the weight of creation for such a long stretch. I’m trying to get back to show booking and being a real person. Still writing but the initial process is the slowest, it nearly always starts as small ideas on my guitar that get fleshed out with everything else as I go. Every few days I’ll come up with something I’ll save on my phone, then maybe a tenth of those will be worth exploring further.

How have you seen technology as having changed the creation and consumption of music in your lifetime?
Since I’ve been making music, it’s always been digital. I started making music on Garageband in middle school, but music is maybe not as accurate a term as ‘midi abominations’. Not to seem too “wrong generation” about it, but since then I’ve been moving further towards analog and digital hardware that act as standalone rather than just controllers for DAW plugins. I’ve never been able to get anything digital on the computer to have as much personality as I have with a half hour playing around with a cheap synth, even a digital synth. It’s cool, but it seems like there’s a resurgence by a lot of companies to bring that back lately, despite me never being able to justify paying full price for the new remodels.

Describe your recording or production setup:
For me, recording and production is as much an instrument as my guitar is, and it without a doubt factors into my writing process. When I am playing an early developed chord progression or riff on my guitar, I’m simultaneously thinking, “would this part sound good on tape, or through nicer mics, or with direct in” etc. Because of this, recording is definitely atypical and changes with every song. My bread and butter setup is: 1. The acoustic guitar 2. Some sort of synth/background instrumental 3. My single track radioshack cassette recorder, which I playback into my interface into logic.

Any tips for gear or customising your workspace?
For awhile I was always on Craigslist looking for the perfect setup, that could make the songs sound as intricate live as they did with a dozen tracks in logic. I did a lot of buying and selling and exploring, lots of cheap casios and drum machines that weren’t quite right, until I settled on my current setup. The second it clicked, I completely lost the urge to continue shopping around, but it definitely took awhile to get here.

What’s one song everybody should hear?
On the topic of gear, I think the song that I’d point out as the most interesting with regards to recording would be “outside the air is getting thinner, but…”; the song has multiple short parts that I spent a lot of time planning on how they’d flow together, and I think I hit a sweet spot of cramming a hundred ideas into one thing, while still not being overwhelming to the listener. It starts pretty standard, acoustic guitar, microkorg, recorded to cassette. That flows into a drum track I made on my electribe, with acoustic guitar recorded onto nicer mics, contrasting hi-fi to the lo-fi intro. The most interesting part of the song in my opinion is the wall of sound that comes next, really illustrating what I love about cassettes if you take advantage of their forced muddiness, stacked onto itself over and over. I think it’s the closest I’ve come so far to just writing shoegaze.

Who do you think we should ask these questions next?
I have zero idea! Maybe the Fray, they can’t be that inaccessible these days.

i’ll count to heaven in years without seasons is out now on Joy Void.

Bedbug will playing a couple of shows in Massachusetts in the next few weeks! Catch them in Boston on March 24th and Allston on April 9th!

Comments Off on MusicMakers007: Bedbug