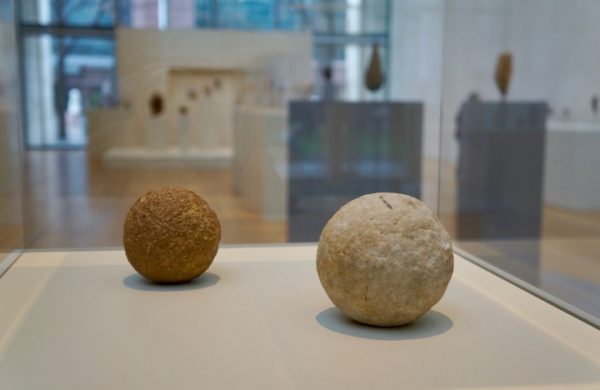 For over two million years, humans and their predecessors have left behind stone tools. Our evolutionary history is littered with these utilitarian artifacts: from Australopithecus to Neanderthals to sapiens, early hominins created handaxes, scrapers, and stone cores across Eurasia, Africa, Southeast Asia, even Australia. These tools are usually categorized according to function. But what if these pieces of worked stones were more than just utilitarian? What if they, as we might say two million years later, were art for art’s sake? 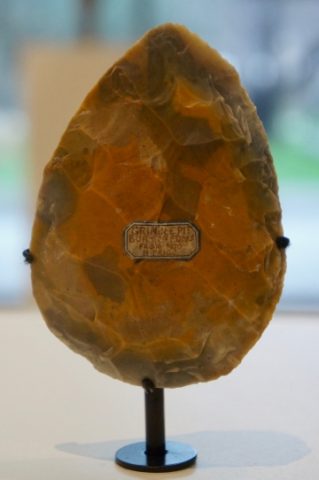 The exhibition First Sculpture: Handaxes to Figure Stone, currently on view at the Nasher Sculpture Center in Dallas, reframes stone tools as a form of early sculpture, suggesting that perhaps the human mind is hard-wired for abstract representation. First Sculpture is curated by Tony Berlant, a Los Angeles artist who collects indigenous art, and Thomas Wynn, a prominent anthropologist at the University of Colorado. Berlant and Wynn began their collaboration for the exhibition in 2013, focusing on the aesthetics of Acheulean handaxes, and later expanding the catalogue to include more controversial figure stones and spheroids. Their curious and provocative show focuses on an age-old tension between form and function, treating the objects on display, first, foremost, and fundamentally, as works of art.