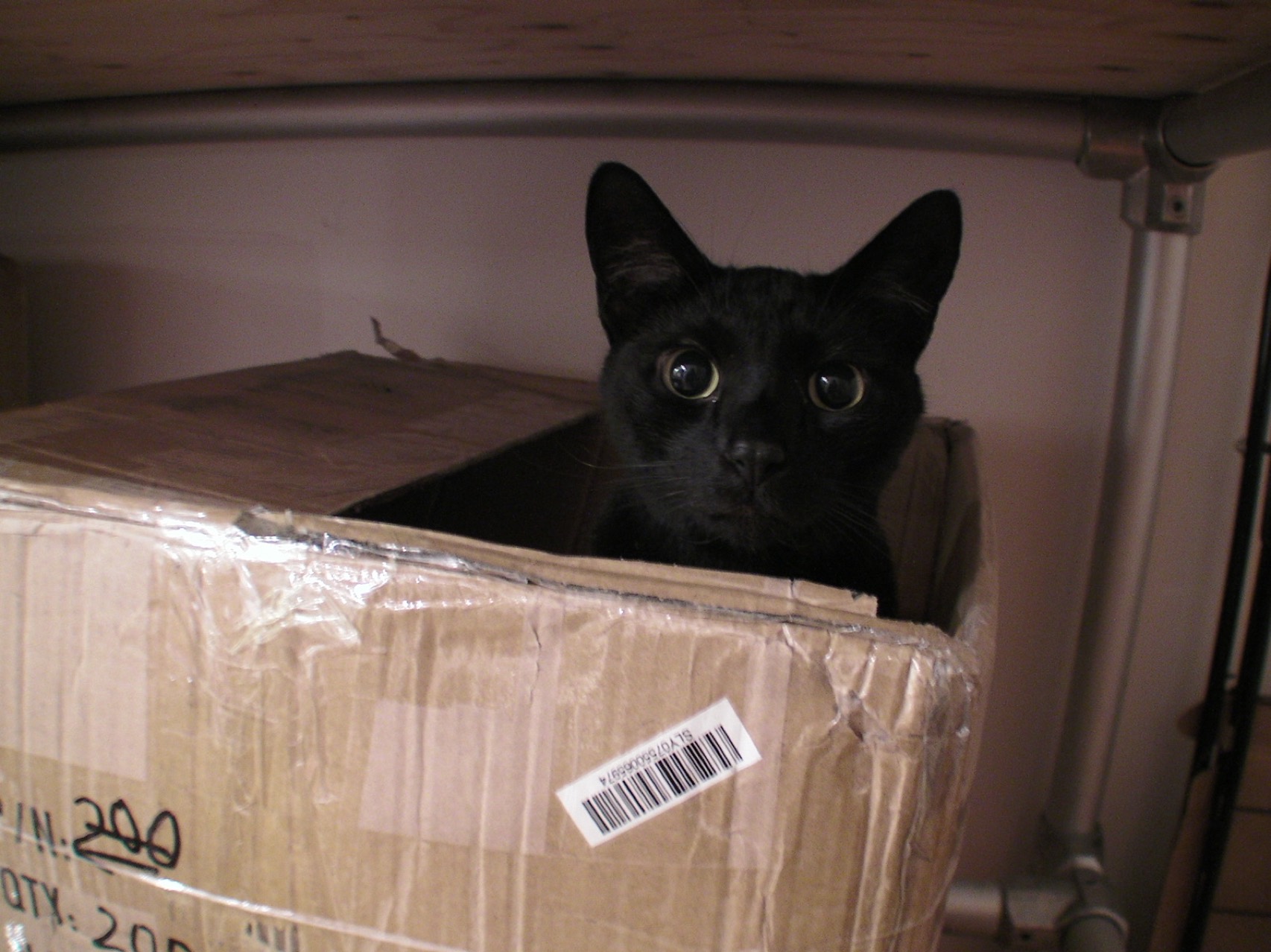 Mosfet the cat passed away last night, Ladyada & pt were present, he passed peacefully, without pain. Mosfet was a wonderful cat and helped us every single day, including helping us say goodbye to him together. There was not a day he wasn’t helping us in his own cat way. He was over 17+ years old.

Mosfet was a black “hard to adopt” rescue cat that no one wanted, we think he was thrown away in a garbage bag before he was adopted due his fear of garbage bags in any form (he eventually got over it).

Ladyada adopted him, Mosfet went to MIT, and made an adafruit with Ladyada and with pt. Mosfet was the part of our shows for the last 10 or so years, making an appearance live when Adafruit was an apartment company and recently on Desk of Ladyada. There wasn’t an electronic design that he didn’t stop by at Ladyada’s desk to check out what she was doing. Mosfet was up at 5am everyday with pt helping to run Adafruit in his own cat way, every day on his lap, at night hanging out with Ladyada. 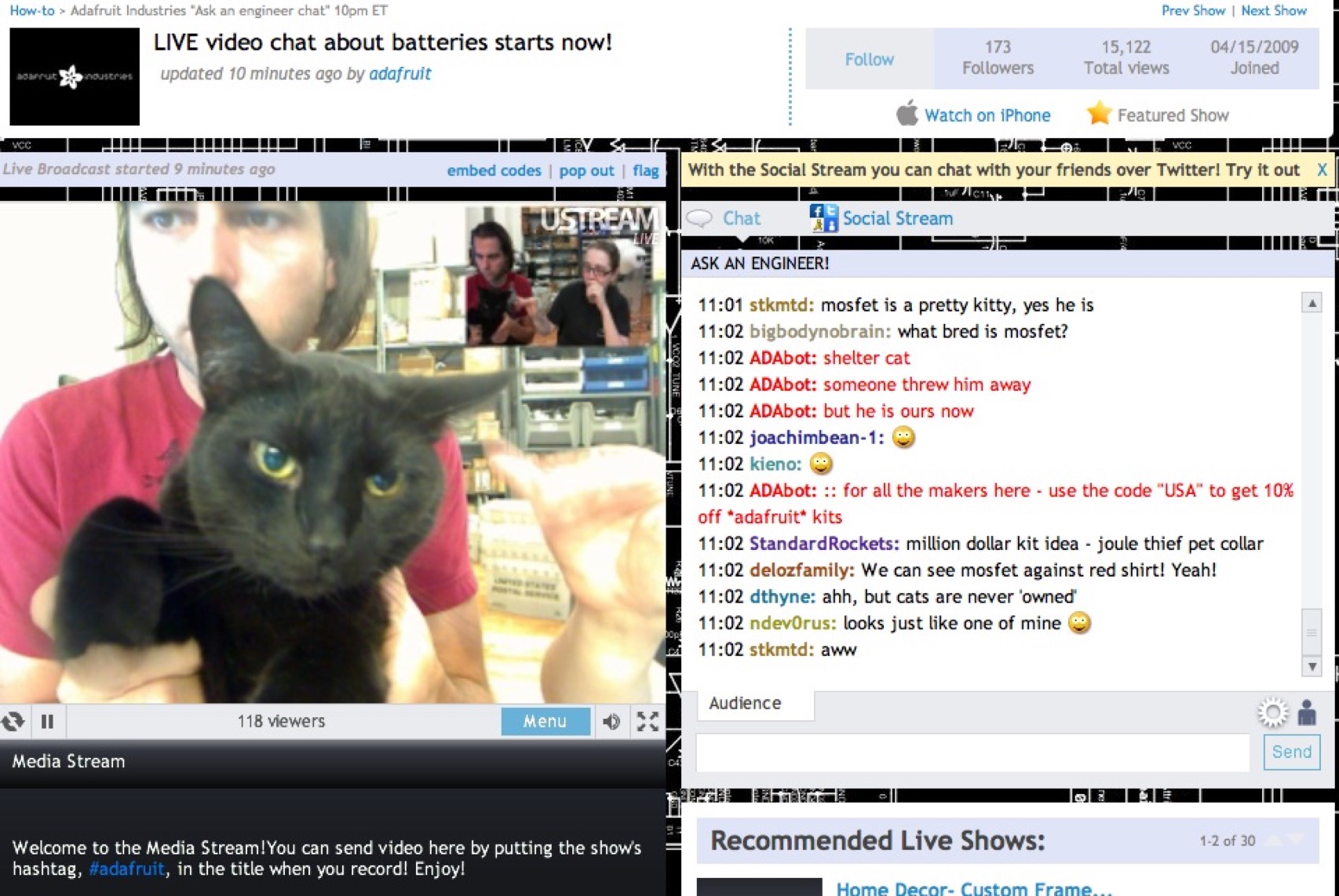 Tonight at 8pm will play a few photos of him over the years to say goodbye on ASK AN ENGINEER. Mosfet started ASK AN ENGINEER with us when Ladyada would do the kitting and pt was doing the shipping at night. He would sit patiently waiting to be picked up or played with and then we’d share whatever was going on at Adafruit from our apartment company. 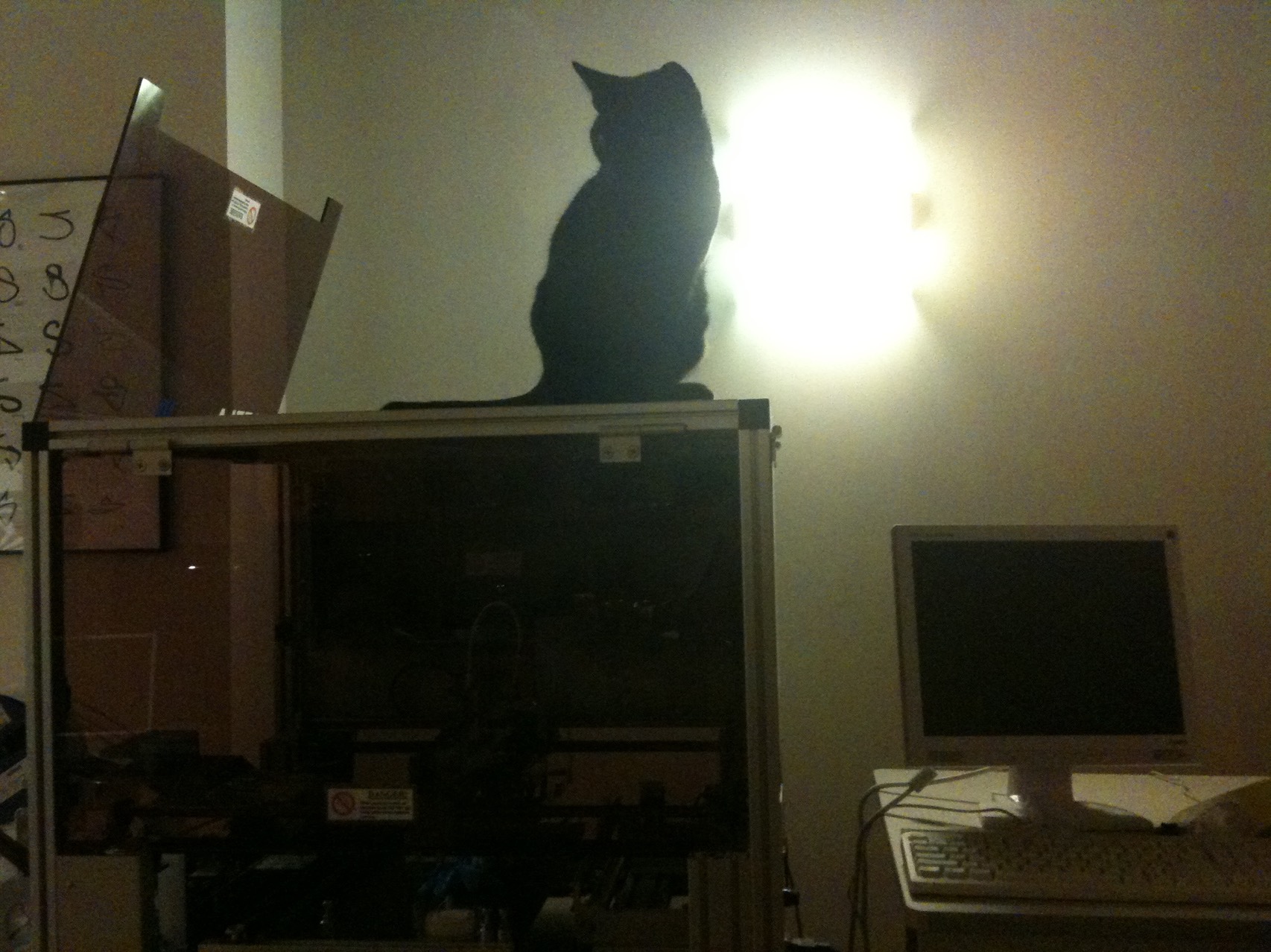 Mosfet seemed to want us to make “Cats of Engineering” so we did, you can see the photos here, including one of Mosfet in our kitchen, on top of our Pick-and-Place we were able to get inside our apartment at the time. 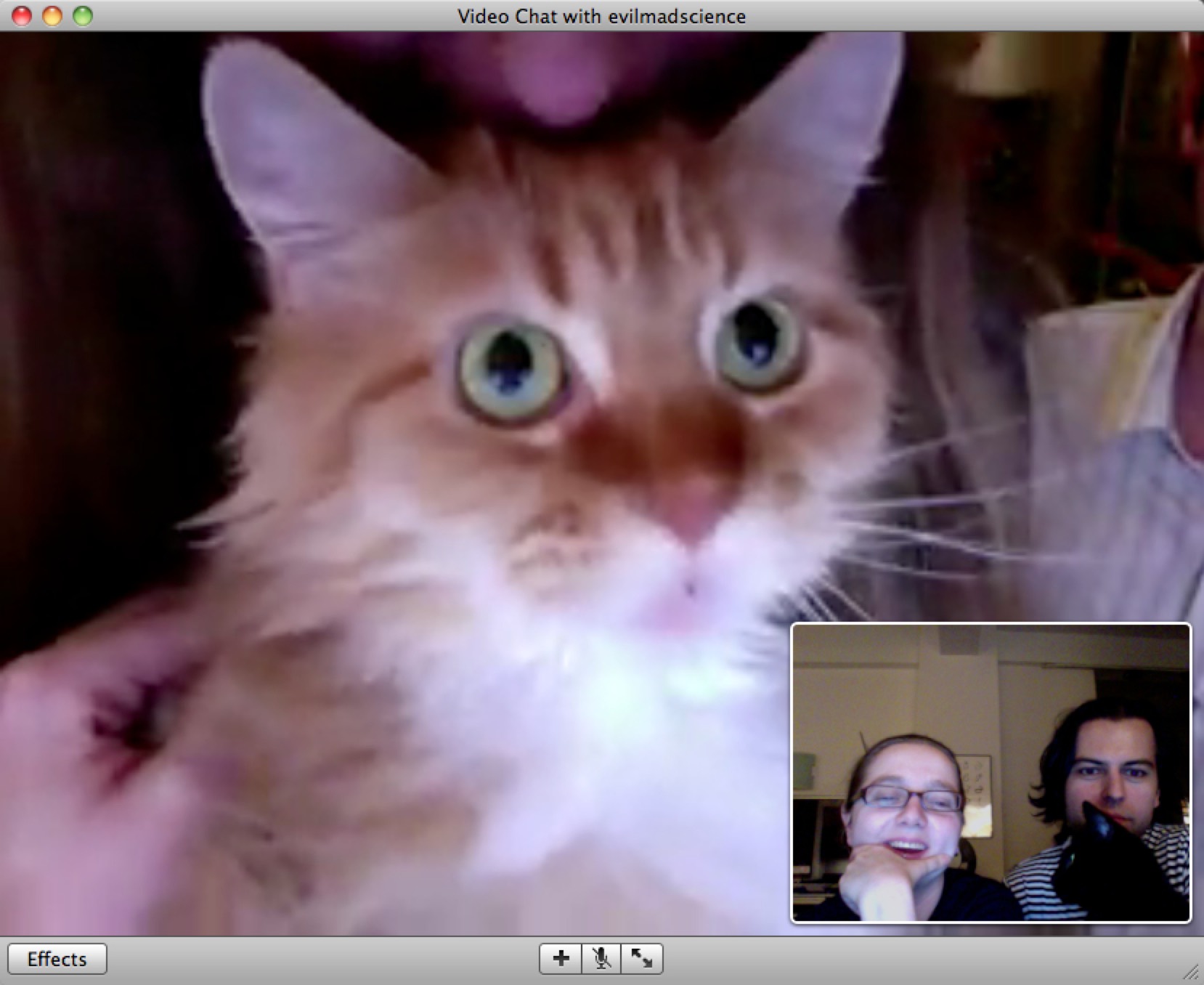 He would even communicate (we think) with other cats live on video.

Mosfet sometimes would supervise the Pick and place operations at apartment-Adafruit. 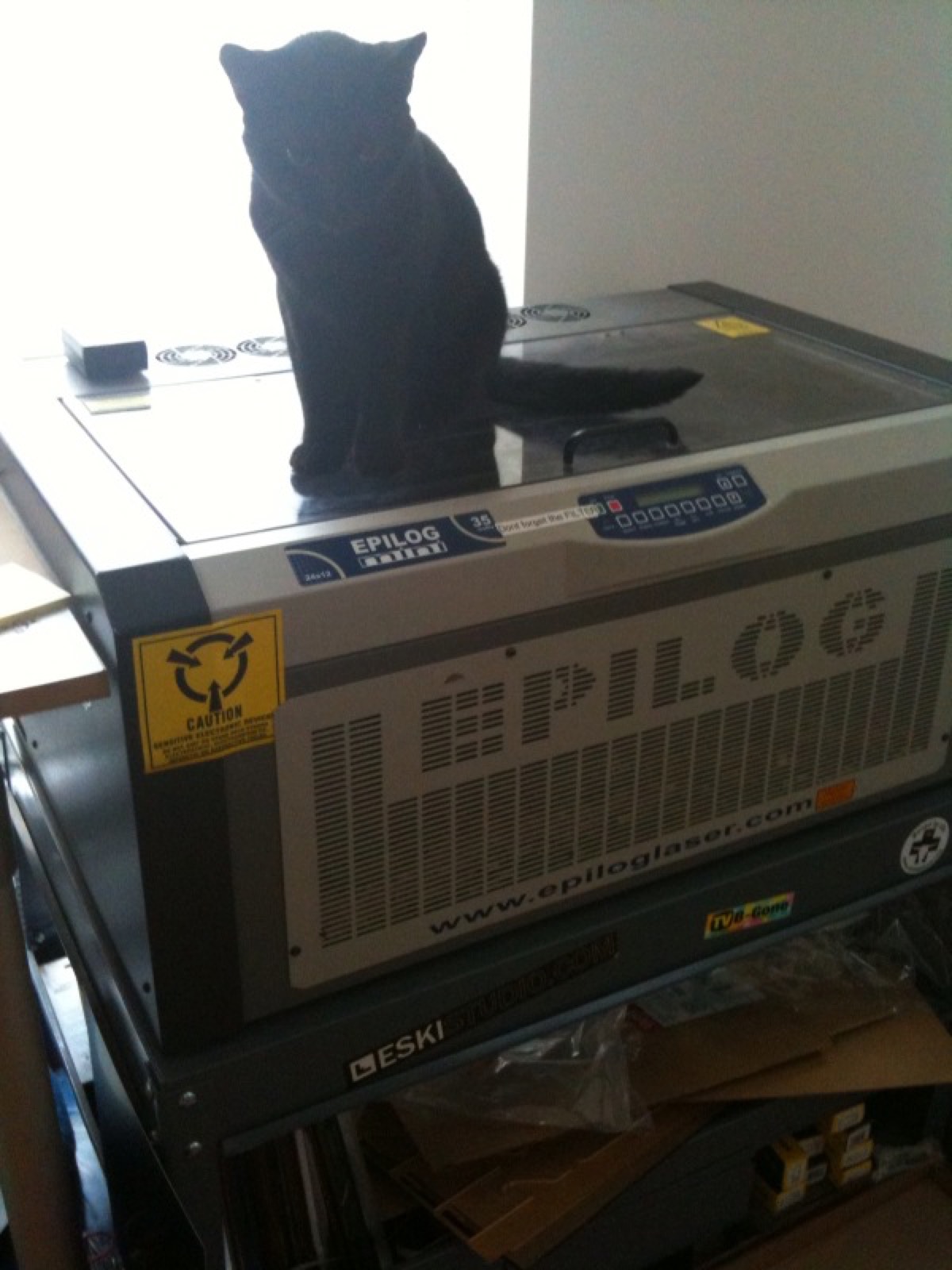 Mosfet made sure the laser cutter was working and when we once had a laser etching service from our apartment, he would greet the customers that made an appointment. 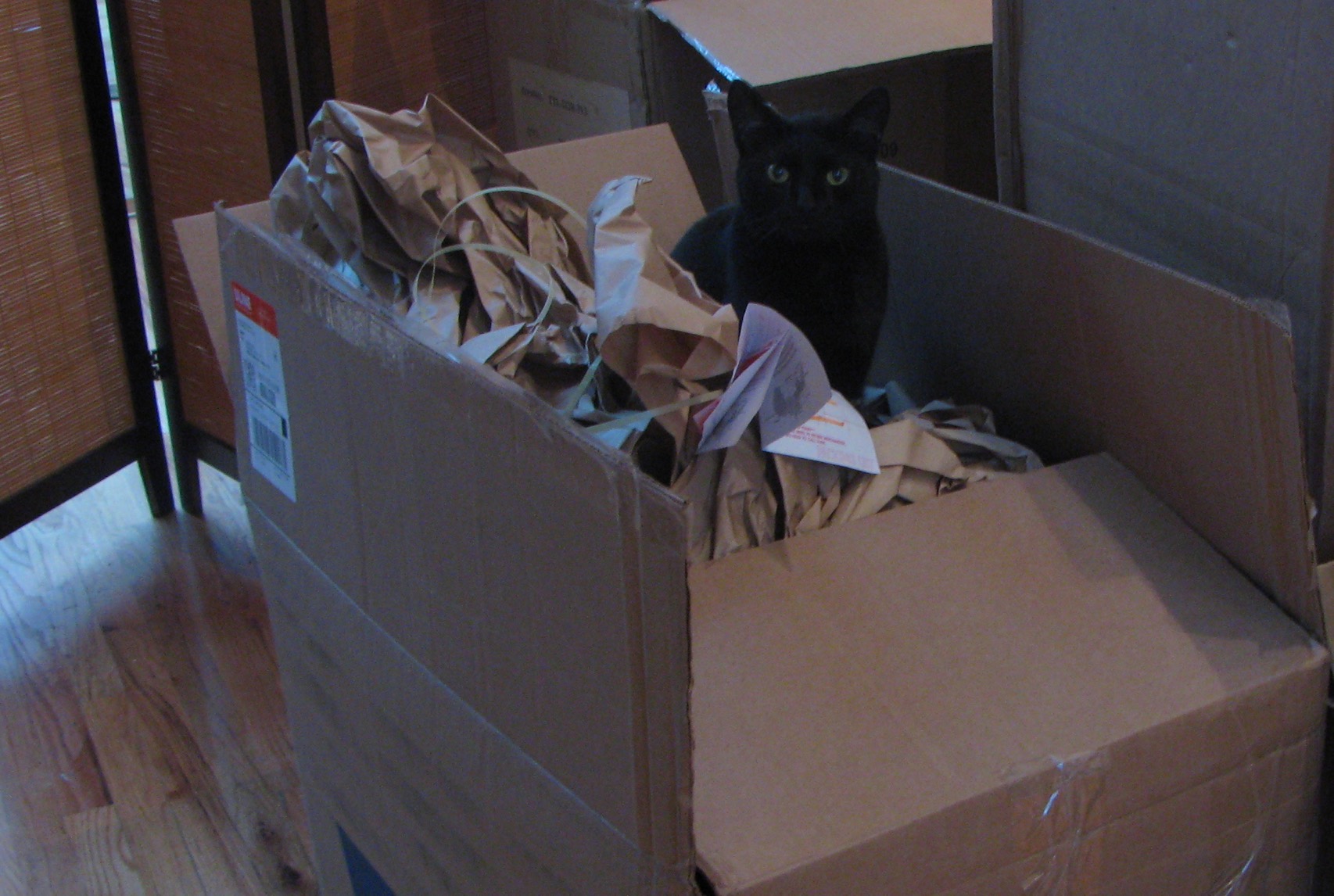 Mosfet was friendly with all the delivery folks and they all knew him by name. Mosfet helped in receiving. Mosfet caught mice when one of the past apartment-Adafruit apartment was condemned and mice and bugs were everywhere. 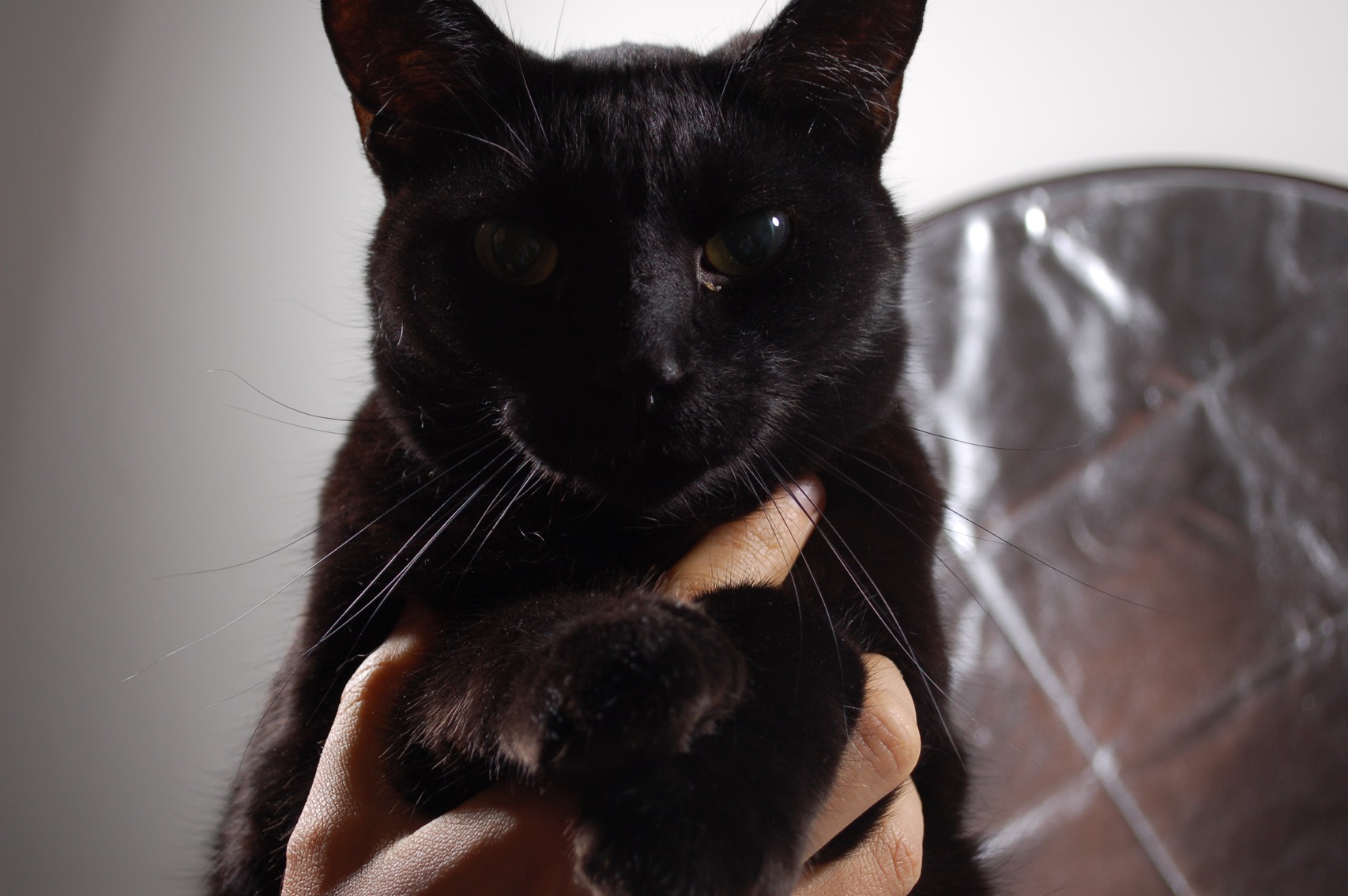 Mosfet tested each of the cameras we would buy when we could afford a newer or better one. Mosfet would explore all the boxes that came in and help move around any stray parts. 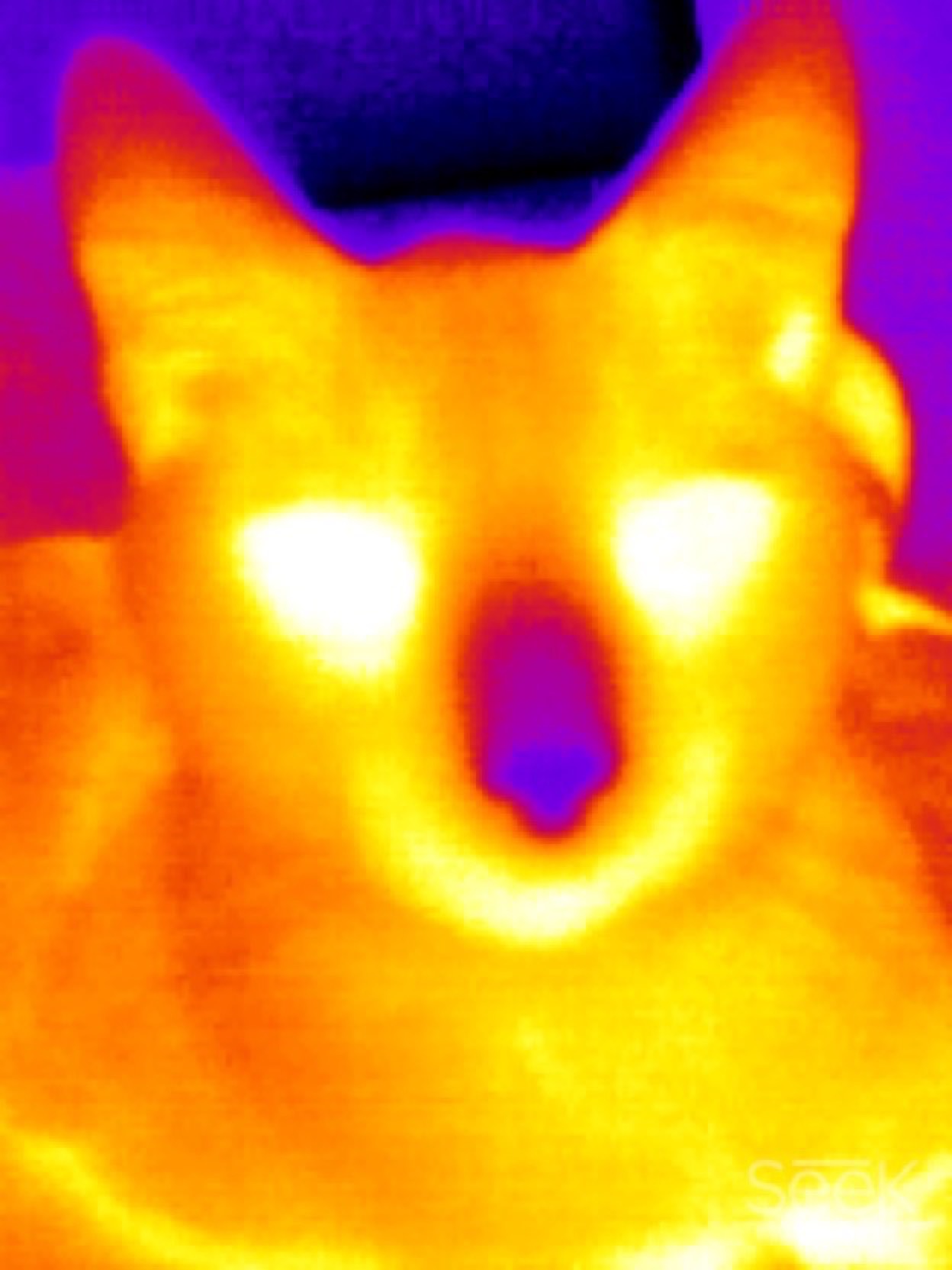 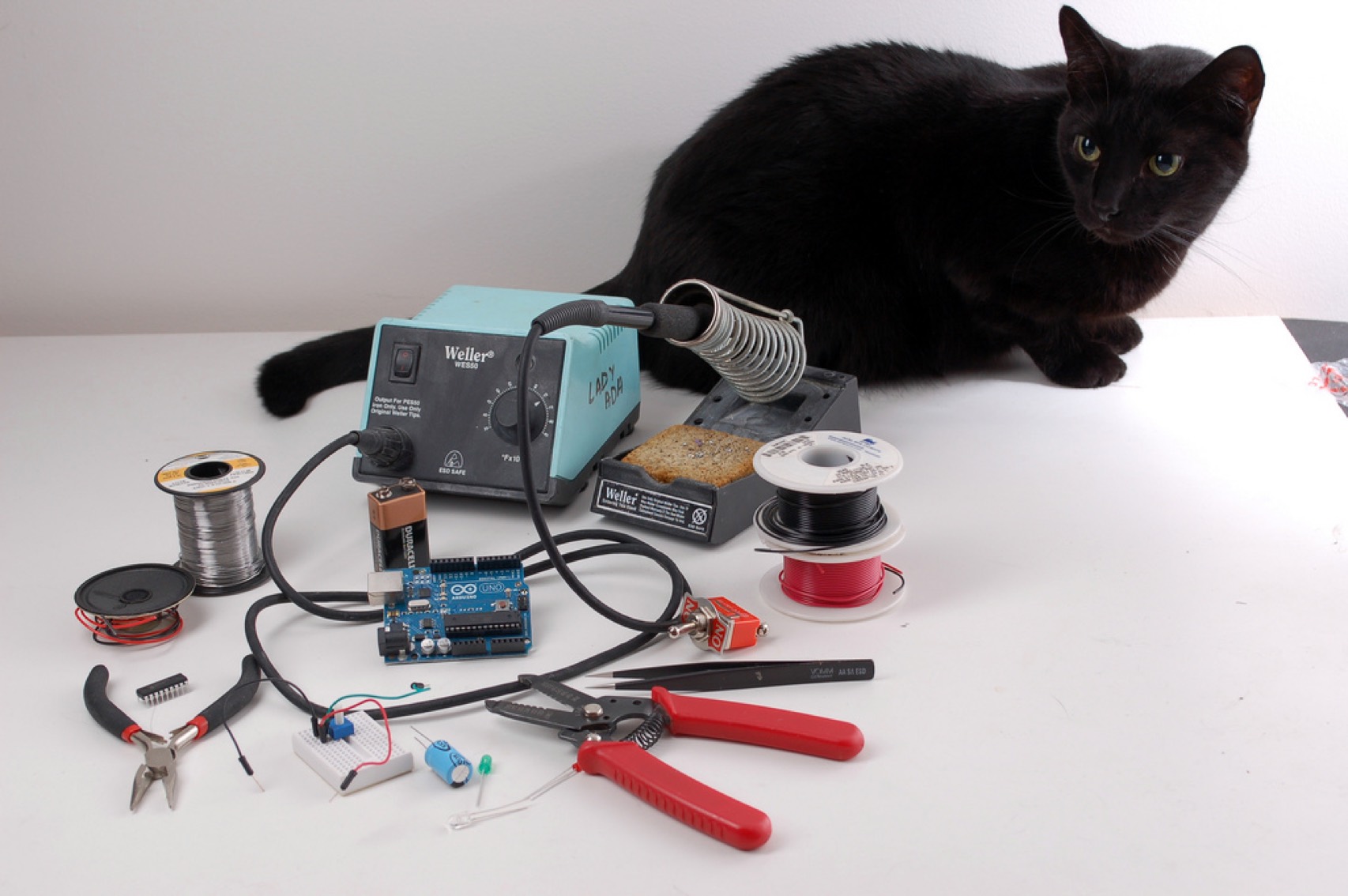 Back when Ladyada took all the photos of products, Mosfet would always jump up and make sure he was in at least one photo. 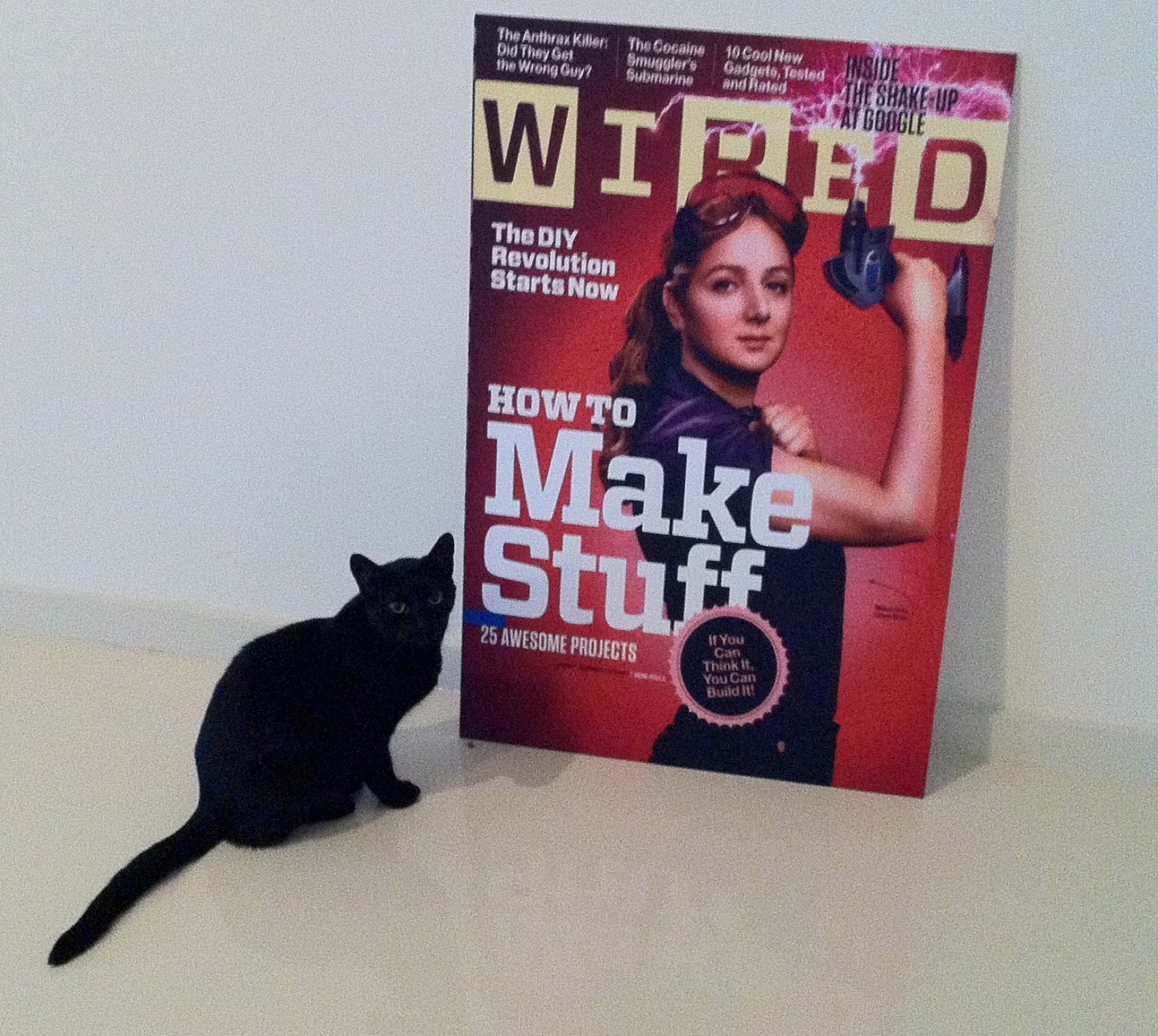 Mosfet was the first to congratulate Ladyada when she was on the cover of WIRED. 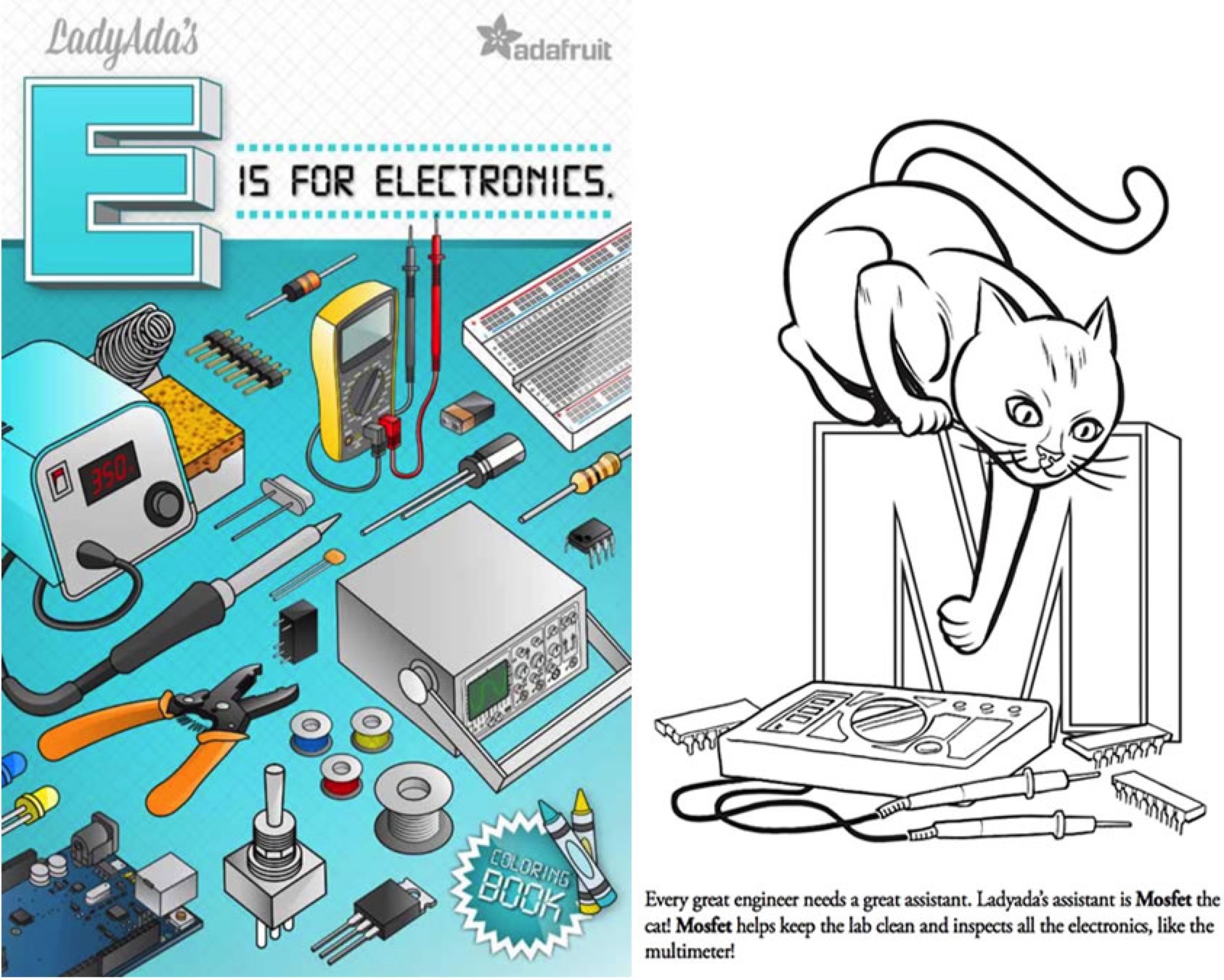 Mosfet appeared in Ladyada’s E is for Electronics coloring book. M is for MOSFET. 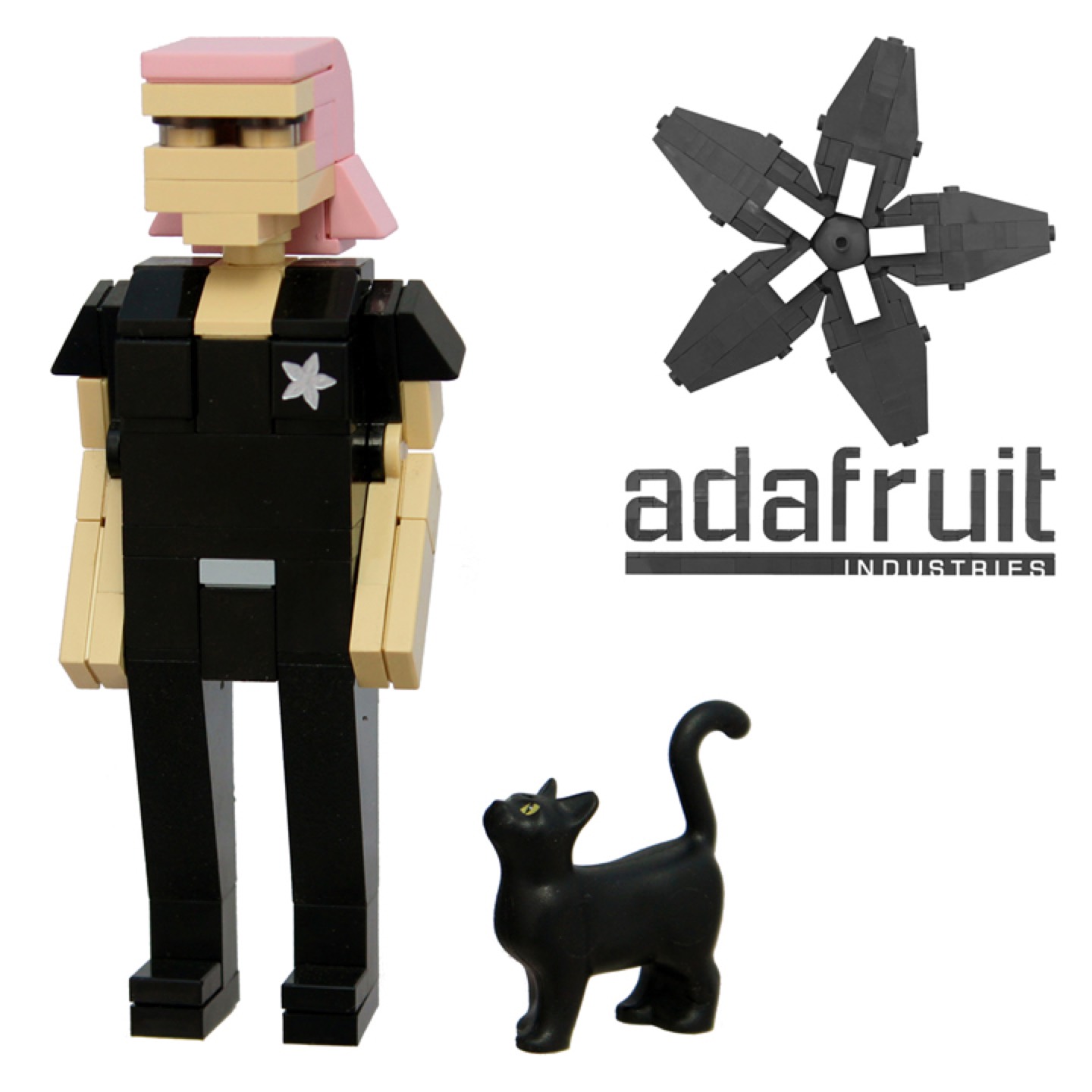 Mosfet is part of the Adafruit LEGO set. 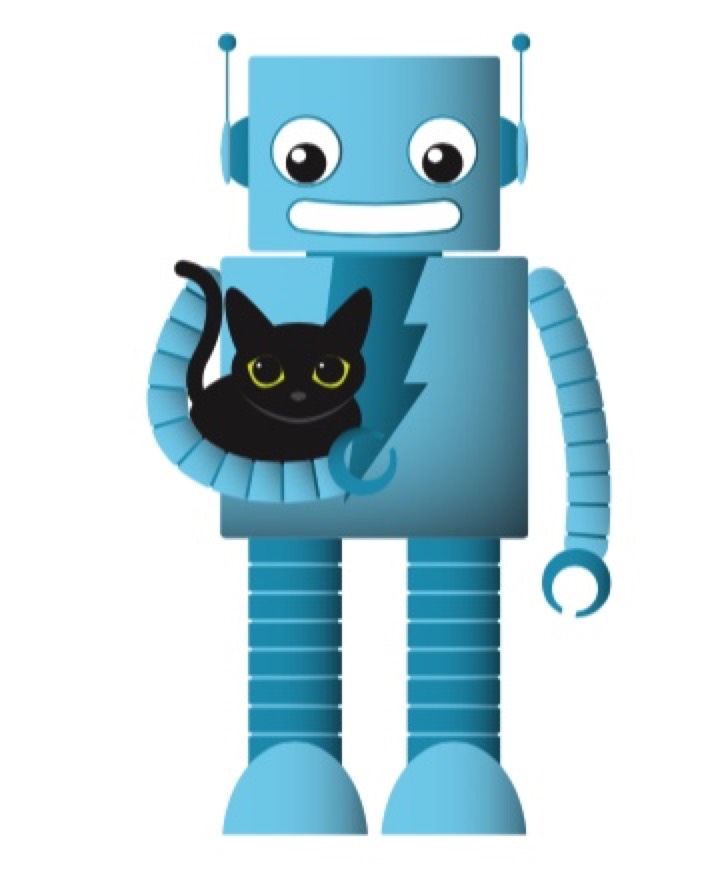 Mosfet appears in the Adafruit iOS sticker app with ADABOT. 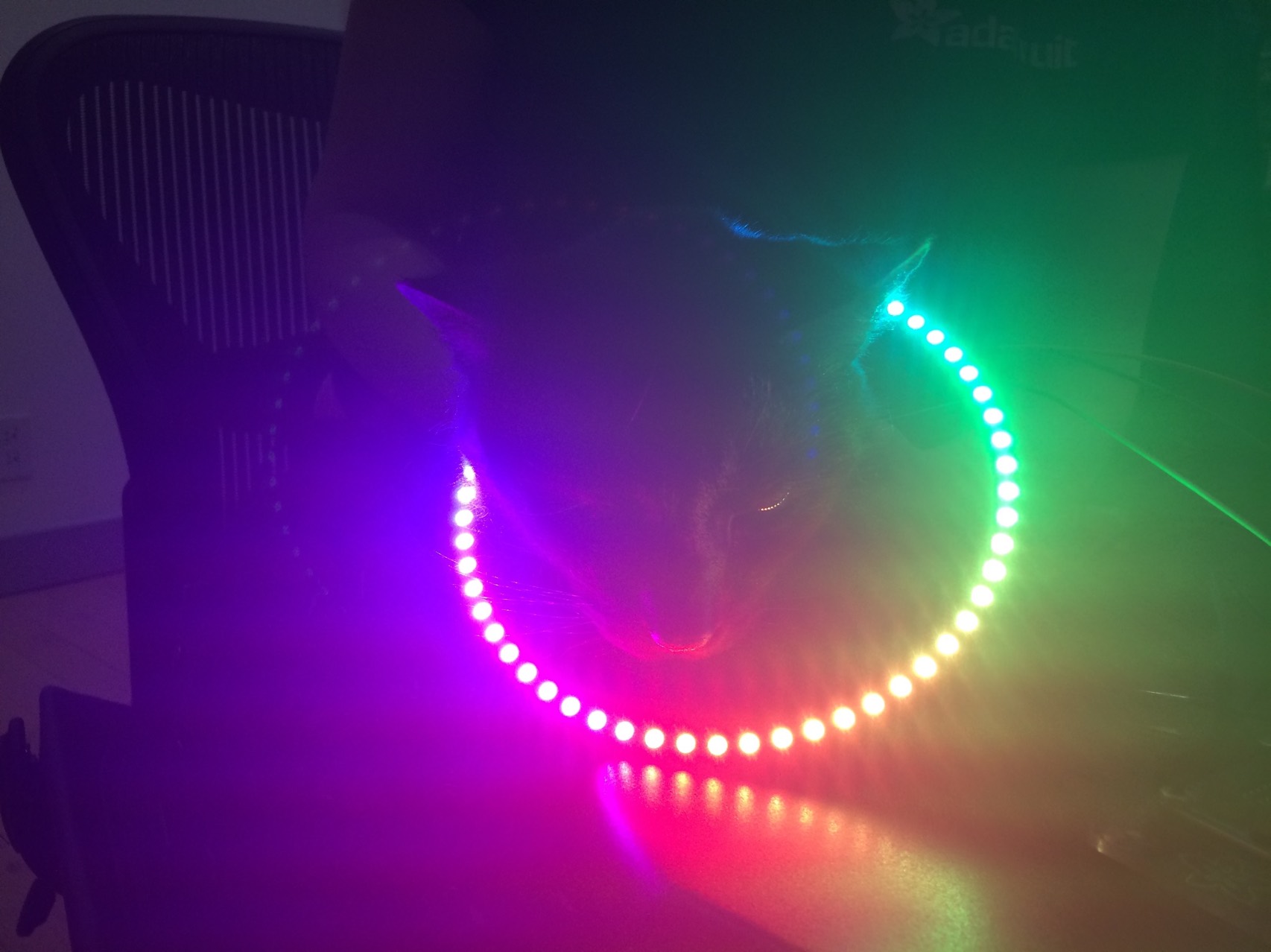 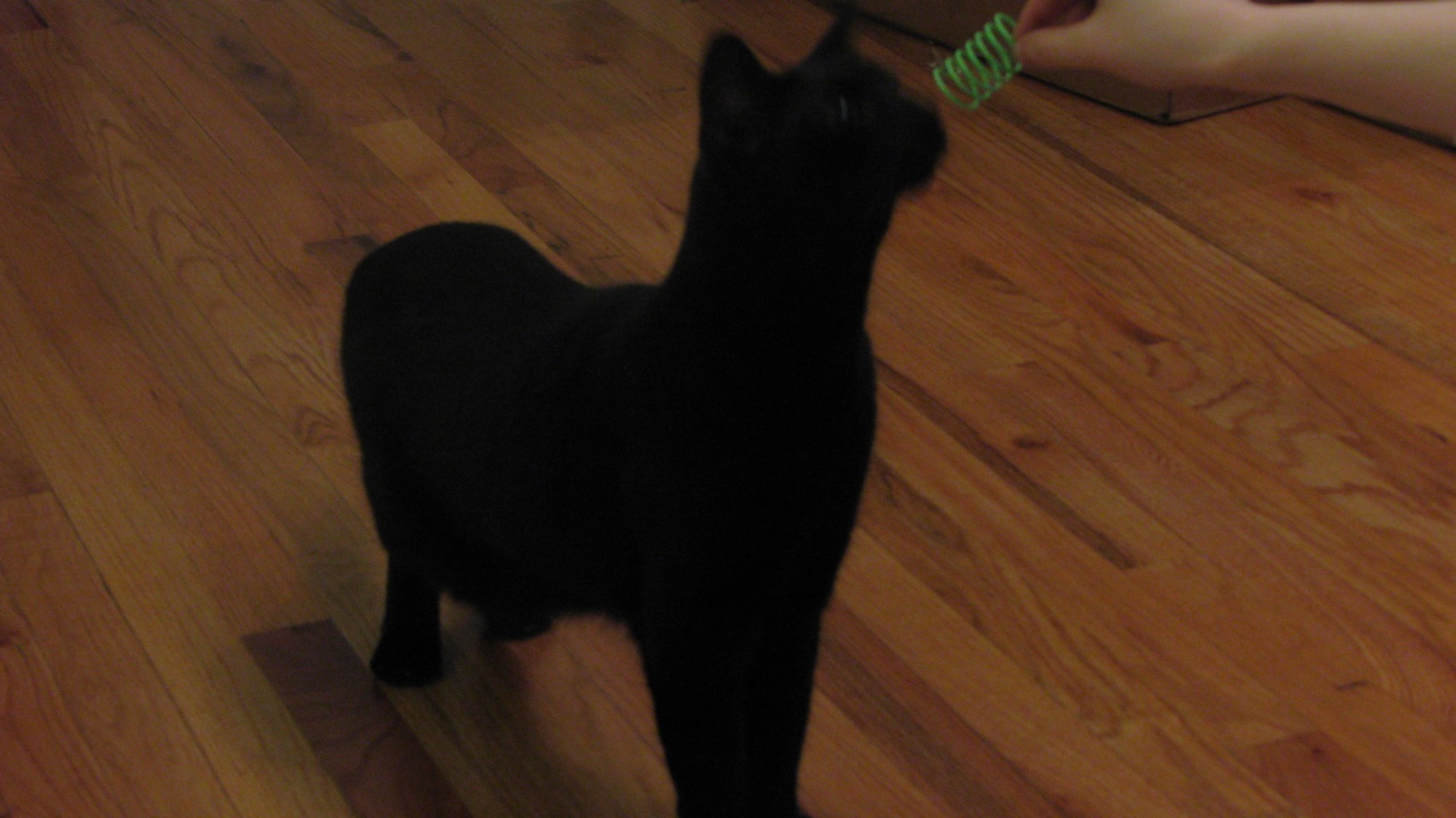 So many of you out there would email us about him over the years, send him toys, and make sure we remembered to have him on whatever video we could and would ask us to show a recent photo when we moved Adafruit to our factory a few years ago.

Ladyada & pt donated to the MSPCA-Angell, a 501(C)(3) Nonprofit (Massachusetts Society for the prevention of cruelty to animals) in Mosfet’s name, this is the group that organized the adoption of Mosfet over 17 years ago, he cost $19.87 in fees. That was a good deal.

At events and in person, people would ask about Mosfet. He grew up with all of us, he is us. Thank you so much everyone, this little cat made Adafruit in more ways that we’ll ever be able to express. 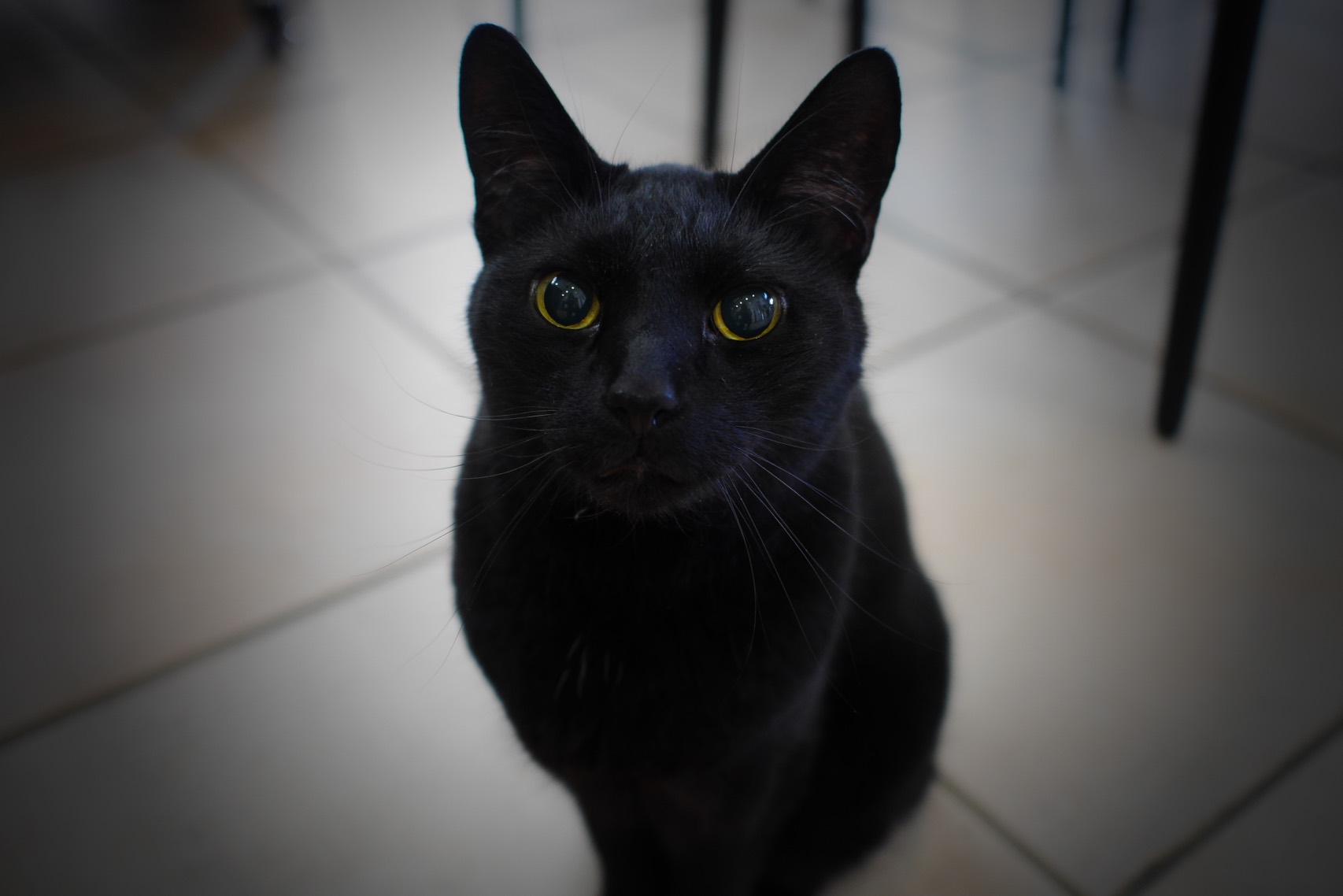 Filed under: Cats of Engineering — by adafruit