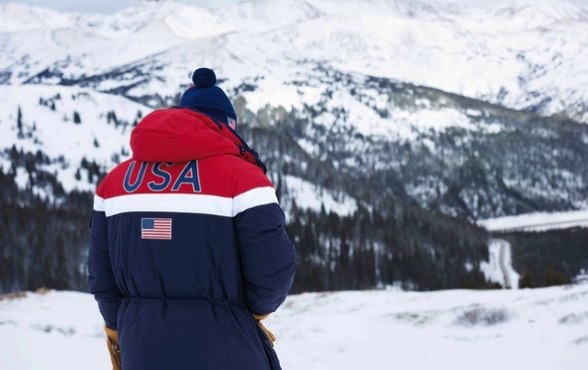 As athletes from around the globe converge on Pyeongchang, South Korea, for the 2018 Winter Olympics, they must steel themselves for winds that will whip in from the Manchurian Plain and Siberia and fan icy temperatures that are likely to drop to around 7 degrees Fahrenheit. Meteorologists say this year’s games will likely be the coldest Olympics since Lillehammer, Norway, in 1994—a year when the opening ceremony was so frigid organizers had to cancel plans to release doves because they worried the birds would suffer.

For the designers and engineers who spend years crafting Team USA’s uniforms to offer both style and extraordinary aerodynamics, the need to keep athletes warm in these extreme temperatures posed an added dimension of difficulty. And Ralph Lauren, the brand outfitting the American team for the opening and closing ceremonies, was up against the most daunting challenge. Those two outdoor events take place at what will likely be the coldest location of the entire competition: the roofless, open-air Pyeongchang Olympic Stadium. In November six people attending a concert there reportedly developed hypothermia.

“We knew about the cold,” says David Lauren, chief innovation officer at Ralph Lauren, “and hit on the idea of using wearable technology to keep our athletes warm.” The result: bonded to the interior of the red, white and blue opening ceremony parkas are printed strips of electronic, heat-conducting metallic ink, made of silver and carbon (in the shape of an American flag, of course)—sort of like a stylish electric blanket, but with ink instead of wires.

Athletes will be able to activate their self-warming jackets by pushing a button on a slim lithium-ion battery pack. Once switched on, electrons will surge through the silver ink till they hit a resistive carbon pad, which will generate heat. The system is designed to provide up to 11 hours of warmth, and has three settings so athletes can control their own temperatures. The technology was adapted from heated car seats and made more stretchy and flexible for the Ralph Lauren Olympic apparel, according to the company. The white waterproof bomber jackets Team USA will wear for the closing ceremony are equipped with the same ink-based technology.

Athletes on the U.S. bobsled team will also be outfitted with innovative suits that designers say will provide anywhere from two to four degrees Fahrenheit of extra warmth as they hurtle down the outdoor course at 90-plus miles per hour. The added heat comes from a novel fabric technology designed to lock in body warmth known as “ColdGear Infrared”—a proprietary blend of compounds including ceramic material, a common thermal insulator. The CGI will be embedded in the fabric’s fleece lining, the company says. “When you wear it against your skin it absorbs and retains your body heat,” says Mark Cumiskey, a textile engineer and senior director of materials innovation at Under Armour, the company that designed the U.S. bobsled and speed skating teams’ uniforms. (The makers of CGI fabric claim it retains heat longer than similar fabrics.) “The added warmth will be most important right before the race, when the athletes are standing on the top of a mountain in what amounts to a tight, stretchy base layer,” says Chris Laughman, Under Armour’s senior product manager for Olympic apparel. “They’ve already told us the new suits are warmer than the ones they’ve had in the past—and they’re pretty happy about it.”