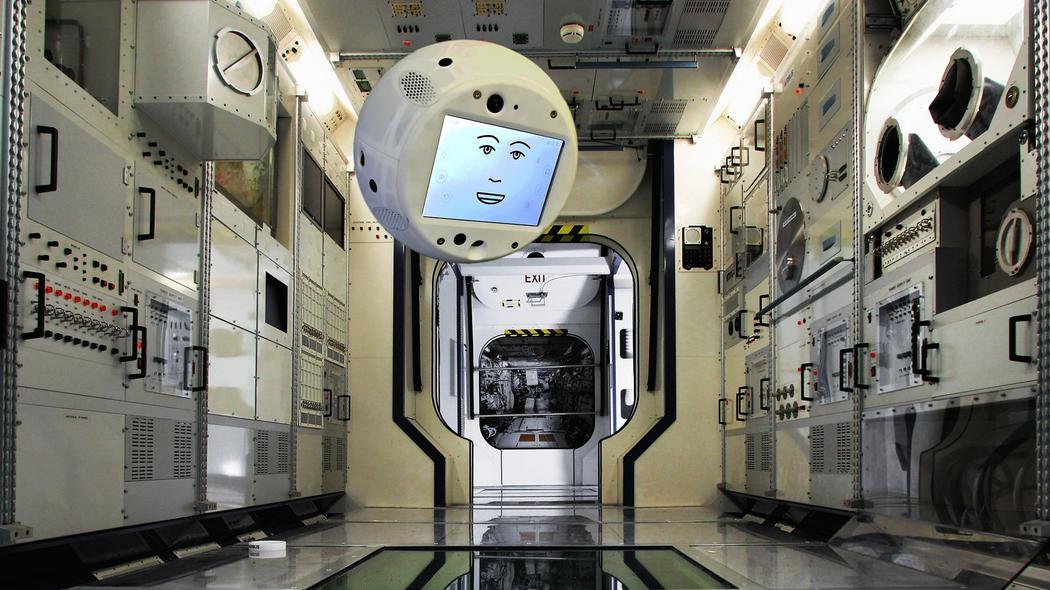 But now, an actual free-floating robotic head known as CIMON (Crew Interactive Mobile CompanioN), will bring these speculative visions to life, assuming it is safely delivered to the International Space Station (ISS) this June.

CIMON is on track to be the “first AI-based mission and flight assistance system,” on the station, according to Manfred Jaumann, Airbus’s head of microgravity payloads, who described the bot as a “a kind of flying brain” in a Monday statement.

The robot weighs five kilograms (11 pounds) and is about the size of a basketball. It was developed by the aeronautics company Airbus, IBM’s Watson AI laboratory, and the DLR Space Administration, Germany’s space agency.

When German astronaut Alexander Gerst heads back to the ISS for his second expedition this summer, CIMON will work with him as an occasional assistant. Gerst will test out the bot’s AI skills on three experiments—one involving crystal research, another with medical applications, and a third in which the robot/human pair will solve a Rubik’s Cube together.