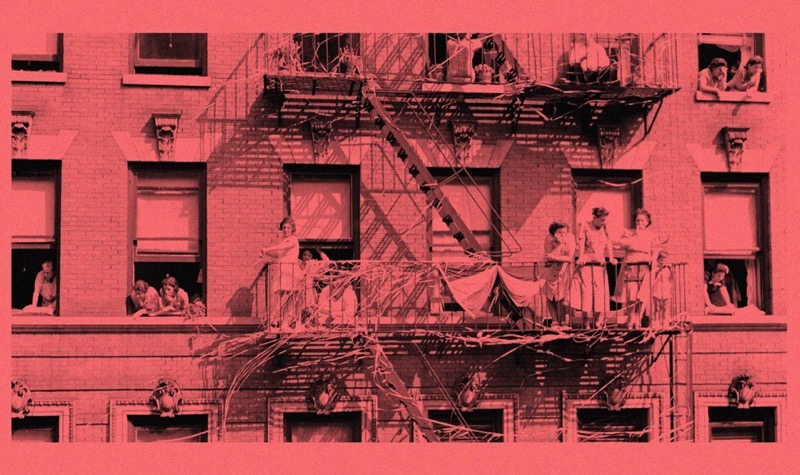 Practically anyone who has lived in New York can tell you a fond memory of finding refuge from the summer heat on a fire escape; it’s undoubtedly one of the most common fixtures of NYC’s particular brand of urban nostalgia. In a recent piece from The Atlantic, Pippa Biddle at once acknowledges the practical and cultural place the fire escape has played in NYC history, while also suggesting that maybe now fire escapes cause more harm than good.

Tony wooed Maria from one in West Side Story. Rosario Dawson belted from one in Rent. They became just another piece in a gritty urban jungle gym for the kids in The Get Down. Police procedurals regularly feature guys fleeing (or entering) by means of them.

Fire escapes, the clunky metal accessories to buildings constructed in response to industrial building-code reform, have become an iconic part of the urban landscape. They serve purposes as numerous as their pop-cultural cameos. Part emergency exit, part makeshift patio, the fire escape has played an integral role in shaping the development of the cities whose buildings bear them. It continues to impact the urban landscape today, in ways that few could have imagined when they were first thought up. And despite having been invented expressly for public safety, the fire escape always created as much danger as it replaced.

Comments Off on Fire Escapes Are Evocative, But Mostly Useless