Today we celebrate Martha Coston, who at 21 years old developed and championed a system of pyrotechnic maritime signal flares that helped the North win the Civil War. 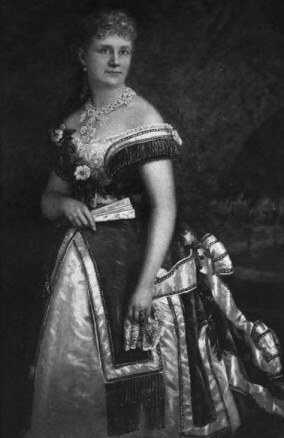 Widowed at the age of 21, Martha Coston (1826-1904) of Philadelphia met the challenge of providing for her four children by inventing a system of maritime signal flares that would later help the North win the Civil War.

Coston found the idea for a system of signaling flares in her dead husband’s notebooks. His system did not work, but Coston thought she could do better. The challenge was to create flares that were bright and long-lasting enough for ship-to-ship or ship-to-land signaling over great distances, but convenient enough to be used in a coded combination of colors.

After years of directing a team of chemists, Coston realized that she could apply the technology of fireworks to her plans. She finally invented and patented a system of red, white, and green “Pyrotechnic Night Signals” that worked well (patent #23,536, granted in 1859). The U.S. Navy soon bought the rights to the technology, and during the Civil War, Coston’s flares helped to win battles and to save the lives of countless shipwreck victims.

After improving her system (for example, with a twist-ignition device patented in 1871), Martha Coston also sold her signals to navies, shippers, maritime insurance firms, and yacht clubs around the world. But Coston said that she always had to be “ready to fight like a lioness” against chauvinism. Being a woman, she was consistently dismissed or undercompensated. Yet Coston persevered and became living proof that women could invent in any realm if they did not give up.

In her autobiography A Signal Success, she wrote:

At last I came upon a large envelope containing papers and a skillfully drawn plan of signals to be used at sea, at night for the same purpose of communication that flags are used by day. This chart was colored and showed that to each signal was attached a number and letter, explanatory of the particular colored fire used. My course lay clear before me. I saw the immense value of the invention.

My old friends in Washington were greatly interested in my efforts to make known my husband’s invention, and insisted on entertaining me in their homes until further steps could be taken.

Just at this time of suspense and anxiety my second child, a beautiful boy, strikingly like his father and named after him, was taken ill, and after a long and painful illness expired.

It would consume too much space for me to go into all the particulars of my efforts to perfect my husband’s idea. The men I employed and dismissed, the experiments I made myself, the frauds that were practiced upon me, almost disheartened me.

I had finally succeeded in getting a pure white and a vivid red light, but a third color was essential. Blue I had set my heart on, in order to use the national colors, but I could not obtain it of equal intensity and strength with the other colors, and, considering the long distances at which these signals needed to be seen, this was a primary consideration.

As the months rolled on I grew desperate. I had eked out my little means as well as I could and now I stood face to face with penury. My children, lovely and good, were growing fast, and had other needs than those of clothes and food, and my determination to succeed grew with the obstacles that arose.

At this time the whole country was in a ferment over the successful laying of the Atlantic cable, and tremendous was the excitement on the day when the first cable dispatch flashed under the sea from Queen Victoria to President Buchanan.

Cyrus W. Field received a great ovation in New York City, and at night there was a grand display of fireworks, which took place from the City Hall. Fiery portraits of the Queen and the President, wreaths, rockets, Roman candles, banners, eagles, wheels, showers of colored stars, and finally ships of fire were represented paying out cables of highly-tinted lights.

This display suggested to me that among the New York pyrotechnists I might find some one capable of helping me. I opened communications with several of them, under a man’s name, fearing they would not give heed to a woman, asking for a strong, clear blue or green light, but not saying for what purpose I wished to make use of it.

One man in an intelligent reply said he had several years before invented a pure blue, but threw it on one side on account of its being too expensive for ordinary use. I replied urging him to recover the color if possible; if not, to try green.

In ten days, I received a package at my country house near Philadelphia, containing the desired colors, and I persuaded a friend to drive to a mountain some five miles distant, and burn them to show me the color. The trial was a success; the green fire brilliant and intense. I at once entered into negotiations with the pyrotechnist, and having received satisfactory references took him into my confidence, and engaged him to make further experiments.