An Artificial Intelligence is Generating an ‘Infinite’ Podcast 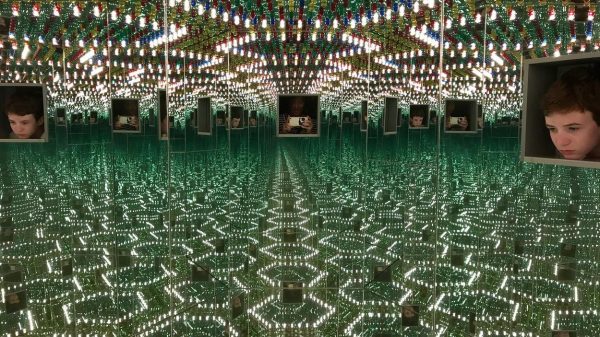 It’s the night of September 30, 1840. A light-skinned man with long blond hair and brown eyes lies in a makeshift bed in a distant campsite. A female speech synthesizer tells me that this man has no parents nor any friends or enemies. His name is Jonathan Patience and he is a computer-generated fictional character living in Sheldon County number 1,515,459,035. I am listening to this description of Jonathan’s life on a podcast called Sheldon County. Its host and creator is an artificial intelligence named SHELDON.

SHELDON was created by University of California, Santa Cruz PhD student James Ryan as part of his thesis. It sifts through the experiences of characters living within procedurally generated American counties and creates storylines based on their experiences. The characters in these counties have their own lives and make their own decisions. They interact with one another and even possess unique value systems and goals. SHELDON then turns these stories into a narrative driven, Twin Peaks-inspired podcast called Sheldon County.

Eventually, Ryan hopes to create a unique podcast for each listener, so that they will all hear the stories of different Sheldon Counties.

“A major goal of mine is to demonstrate that generative media—with procedural narrative, generated text, and synthesized voices—can actually be compelling,” Ryan told me in an email. “I’d be thrilled if Sheldon County lead other designers to consider integrating more generativity into their own work.”

SHELDON works alongside Ryan’s other program, called Hennepin, which is tasked with creating these simulated counties and their inhabitants. Ryan said he named SHELDON after Sheldon Klein—an early pioneer of expressive artificial intelligence.

Each simulated county features its own AI-generated characters with their own individual stories. When you listen to your first podcast, SHELDON assigns you a county. Each following episode in the series then depicts the lives and actions of that county’s particular inhabitants.

Comments Off on An Artificial Intelligence is Generating an ‘Infinite’ Podcast