Tarsila do Amaral at MoMA #ArtTuesday 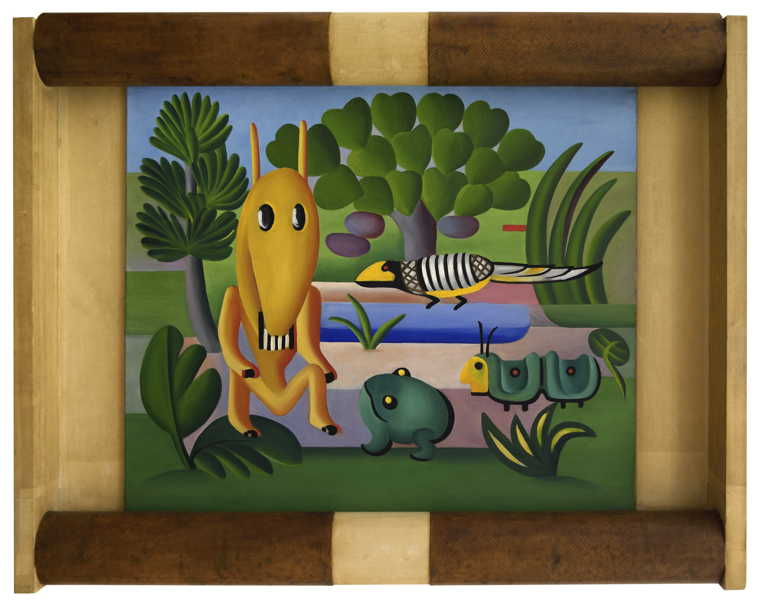 Don’t miss Tarsila do Amaral: Inventing Modern Art in Brazil at MoMA if you’re in NYC before June 3! From MoMA:

“I want to be the painter of my country,” wrote Tarsila do Amaral (1886–1973) in 1923. Born at the end of the 19th century to a family of coffee plantation owners in São Paulo, Tarsila―as she is affectionately known in Brazil―studied piano, sculpture, and drawing before leaving for Paris in 1920 to attend the Académie Julian, the famous art school that drew many international students. During subsequent sojourns in the French capital, she studied with André Lhote, Albert Gleizes, and Fernand Léger, fulfilling what she called her “military service in Cubism,” ultimately arriving at her signature style of sensuous, vibrant landscapes and everyday scenes. The exhibition focuses on her pivotal production from the 1920s, when she navigated the art worlds of both São Paulo and Paris, and charts her involvement with an increasingly international artistic community, as well as her critical role in the emergence of modernism in Brazil.

Comments Off on Tarsila do Amaral at MoMA #ArtTuesday