A Tribute to Samus Aran, Leading Lady of Metroid, Nintendo, and All Video Games 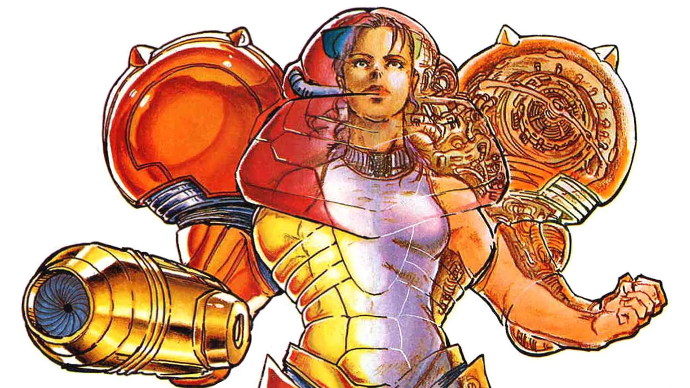 As part of our ongoing celebration of Women’s History Month, we’re spotlighting some very special ladies from the world of geek culture. Although she may be fictional, Samus Aran of the Metroid franchise has had a huge and real impact on both Nintendo and video games at large. So strap on your shiny orange power armor and curl up into a ball for this warrior woman.

The original Nintendo Entertainment System is undoubtedly one of the most important and influential video game consoles of all time. And the original Metroid is one of its landmark games. In 1986, no one had even conceived of a game like Metroid. Mario had jumping. Mega Man had shooting. Zelda had secret-filled nonlinear adventure. But Metroid combined them all into one irresistible package slathered in the moodiest sci-fi atmosphere the 8-bit machine could produce. Metroid gameplay is so specific and spectacular there’s a reason why we refer to a whole genre of exploratory sidescollers as Metroidvanias.

But beyond its gameplay innovations, the first Metroid is also remembered for its earth-shattering final twist that playable hero Samus isn’t a jacked dude or a weaponized robot but a kick-ass lady. In retrospect it makes sense that a game so influenced by Alien it named a villain after director Ridley Scott would ultimately have a Sigourney Weaver-esque protagonist. But seeing that Samus was a woman was a legitimately big deal at the time.

Comments Off on A Tribute to Samus Aran, Leading Lady of Metroid, Nintendo, and All Video Games