Mildred Dresselhaus was a pioneer of nanoscience and the first female Institute Professor and professor emerita of physics and electrical engineering at the Massachusetts Institute of Technology. Dresselhaus won numerous awards including the Presidential Medal of Freedom, the National Medal of Science, the Enrico Fermi Award and the Vannevar Bush Award. 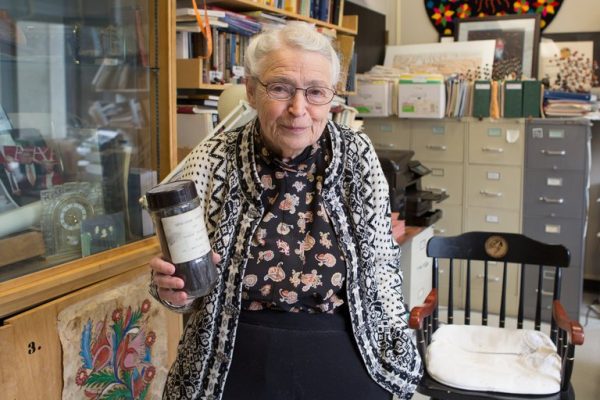 Mildred Spiewak Dresselhaus, a professor of physics and engineering at the Massachusetts Institute of Technology, walks with a very large carbon footprint, and in her case it’s a good thing.

For more than half a century, Dr. Dresselhaus has studied the fundamental properties of carbon — carbon as graphite, the dark, flaky mineral with which our pencils are pointed, and carbon as liquid, the element with the highest melting point in nature; carbon that is insulator one moment, superconductor the next.

She invented breakthrough techniques for studying individual layers of carbon atoms. She discovered ways to capture the thermal energy of vibrating particles at well-defined “boundaries,” and then to use that heat to make electricity.

She devised carbon fibers that are stronger than steel at a fraction of steel’s weight. Her research helped usher in the age of nanotechnology, the wildly popular effort to downsize electronic circuits, medical devices and a host of other products to molecular dimensions.

Dr. Dresselhaus recently won the 2012 Kavli Prize in Nanoscience, a $1 million honor that matches the purse size and Scandinavian provenance of a Nobel, if not quite the status. The new award joins a very long list of laurels, among them the National Medal of Science, the Enrico Fermi Award, the presidencies of the American Physical Society and the American Association for the Advancement of Science, 28 honorary doctorates and a stint in the Department of Energy under President Bill Clinton.