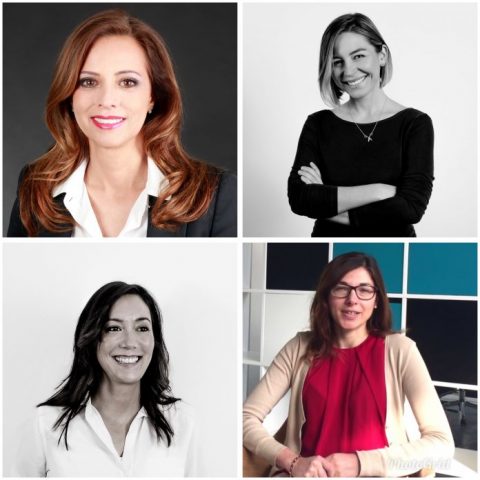 Isabelle Ohnemus, founder/CEO of EyeFitU, Leanne Luce, founder of Omura, Tania Boler, founder of ELVIE and Giusy Cannone, managing director of Fashion Technology Accelerator give us a glimpse into their experiences, challenges and the lessons that they have learnt along the way.

Can you tell us a little bit about your career path?

[Leanne Luce]:Like many entrepreneurs in the fashion technology space, my career path has not been a straight shot. I graduated from Rhode Island School of Design (RISD) with a BFA in Apparel Design. After a few experiences in the fashion industry in New York, I knew that the industry was on its way to undergoing massive technological change. I am starting seeking opportunities in which people were challenging the status quo.

[Giusy Cannone]: I’m an industrial engineer. After graduated I immediately decided to work on new enterprises and startups. I’ve worked for some months in the US for the Kauffman Foundation. Then I decided to come back to Italy and covered some roles such as Investment Manager in the largest Italian business angels group. Afterwards, I decided to join Fashion Technology Accelerator as Managing Director to start-up this fantastic concept in an exciting and growing organization.

What made you decide to pursue the careers that you are in?

[Tania Boler]: I’ve always been passionate about women’s health. After my pregnancy, I realised a lot of issues women face are often swept under the rug, one of which was how neglected pelvic floor health is. I never planned to start a tech company, but I realised there was a massive need for innovative and empathic technology to support women, and so I founded Elvie.

[Leanne Luce]: My career has been focused on two big ideas in the fashion space: customisation and augmentation. Customization, led by the manufacturing side of the apparel industry and augmentation by the wearables side. I’ve done some experiments in the customisation space including Omura. A cryptocurrency hardware wallet company you featured recently at FashNerd. I’ve also worked on several wearable robotic exoskeletons under military contracts at institutions like Harvard and Otherlab.

Comments Off on Women In Tech: Experiences, Challenges and Lessons Learnt Along The Way #WHM18 #WomensHistoryMonth #WomenInSTEM