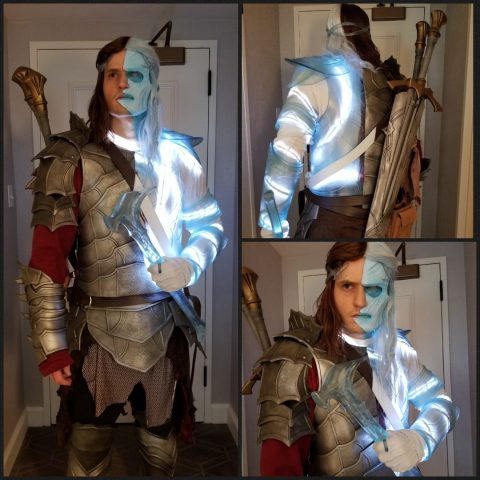 Players control two protagonists in Shadow of War, Talion and Celebrimbor, but they share the same body. Talion is a Ranger of Gondor, Celebrimbor is an undead, formerly one of the makers of the Rings of Power. Redditor Jech came up with a striking take on cosplaying the character with a two-in-one look; he’s half Talion and half Celebrimbor. I thought the effect was a Photoshop manipulation at first, but then realized Jech just blended the halves together that well.

To achieve the half and half look of the face, he used prosthetics and makeup. He explains:

Thank you! And it’s a bit of both; the base for Celebrimbor’s half is a silicone prosthetic I originally sculpted in clay on a lifecast of myself, along with lots of airbrush body paint around the edges/neck. Talion’s half has a bit of makeup around the eyes and things to age me up a little more, too.

And then for the armor:

The armor is split right in half, so I ended up making a Talion half out of solid and painting it on it’s own, then casting the Celebrimbor side in transparent resin, tinting, then affixing the two together to make the final whole breastplate. 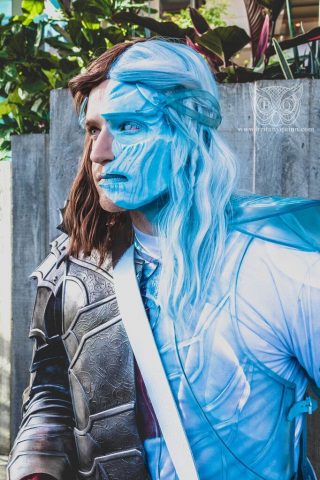 View this amazing costume from more angles on Imgur.