Susan Kare designed many of the icons and elements first used for the Apple Macintosh. Kare’s designs aided in the accessibility of home computers and paved the way for modern user experience. 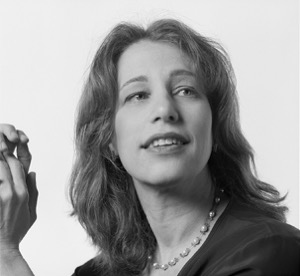 The challenge of designing a personal computer that “the rest of us” would not only buy, but fall crazy in love with, however, required input from the kind of people who might some day be convinced to try using a Mac. Fittingly, one of the team’s most auspicious early hires was a young artist herself: Susan Kare.

Kare’s first assignment was developing fonts for the Mac OS. At the time, digital typefaces were monospaced, meaning that both a narrow I and a broad M were wedged into the same bitmapped real estate — a vestigial legacy of the way that a typewriter platen advances, one space at a time. Jobs was determined to come up with something better for his sleek new machine, having been impressed by the grace of finely wrought letterforms in calligraphy classes he audited at Reed College, taught by the Trappist monk Robert Palladino, a disciple of master calligrapher Lloyd Reynolds. (The lasting impact of Reynolds’ instruction can also be seen in the playful cursive of the seminal West Coast Beat poets Gary Snyder and Philip Whalen, making Reynolds and Palladino the human hyperlinks between desktop publishing and Jack Kerouac’s Dharma Bums.)

For the Mac, Kare designed the first proportionally spaced digital font family that allowed text to breathe as naturally on the Mac’s white screen as it does in the pages of a book. The distinctive Jobs touch was upgrading the original monikers of these elegant typefaces from the names of train stations near Philadelphia — like Rosemont and Ardmore — to those of world-class cities like Geneva, Chicago, and New York.

Kare’s work gave the Mac a visual lexicon that was universally inviting and intuitive. Instead of thinking of each image as a tiny illustration of a real object, she aimed to design icons that were as instantly comprehensible as traffic signs.