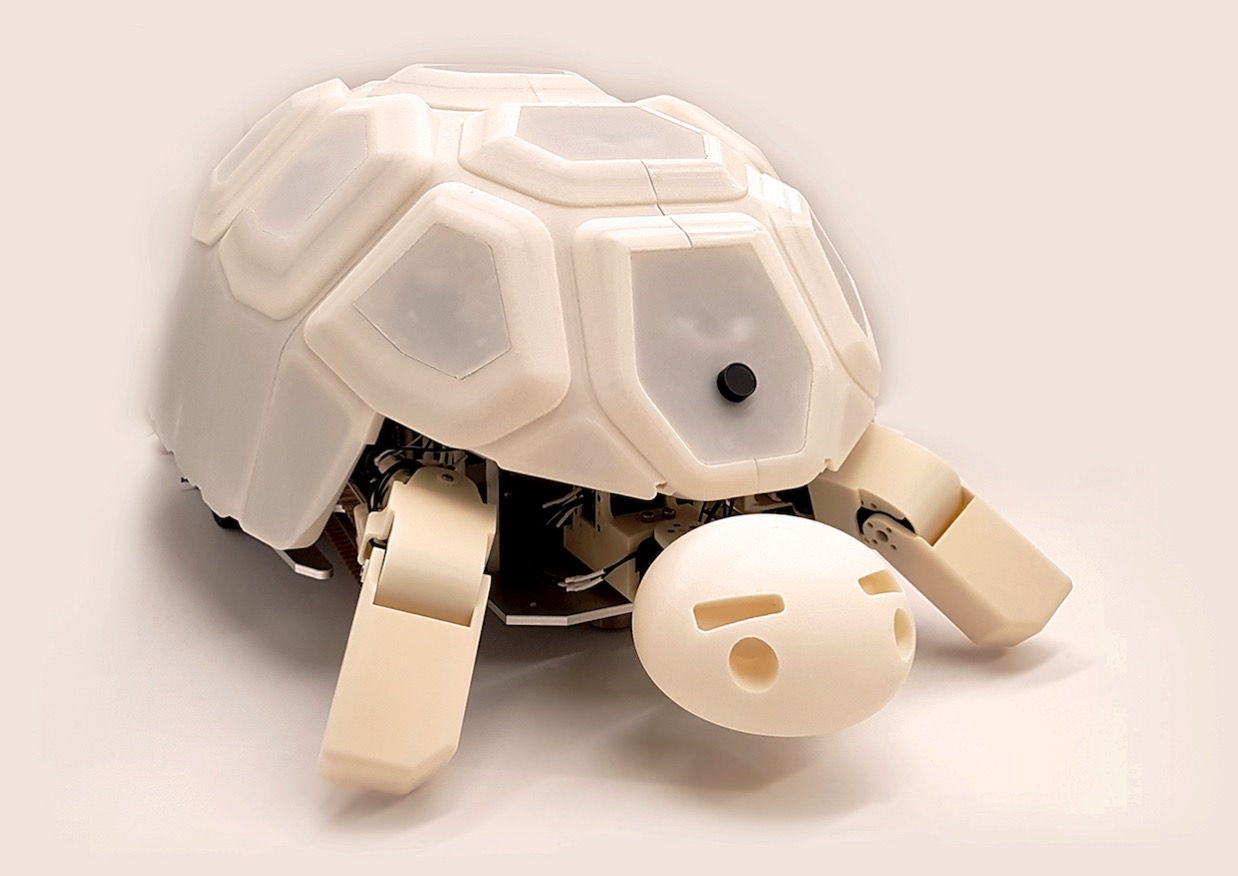 Because its never to early to learn the importance of making robot friends and not robot enemies.

At the ACM/IEEE International Conference on Human Robot Interaction (HRI) in Chicago last week, researchers from Naver Labs and Seoul National University in South Korea presented a robot called Shelly, which is designed to teach children that they shouldn’t abuse robots. The idea is to reduce or eliminate aggressive behaviors when interacting with the device. Shaped like a tortoise, Shelly is fun to play with, unless you smack it, at which point it hides inside its shell until it’s safe to come out again.

Shelly is designed to be large enough that five to seven children (under 13 years old or so) can interact with it simultaneously. The top part, Shelly’s shell, has embedded LEDs along with vibration sensors that can detect touches and impacts. Shelly’s body consists of a cute little head and four limbs that wiggle around, all of which can be retracted back inside the shell. Using its LEDs and limbs, Shelly conveys different emotional states, including happy, sulky, angry, and frightened. The frightened behavior gets triggered when a kid hits, kicks, or lifts the robot, and when that happens, Shelly retracts inside its shell and stays there for 14 seconds.

Before playing with Shelly, children are explicitly told that if they abuse the robot, it will get scared and hide for a little bit. The researchers weren’t testing whether the hiding behavior itself would make the kids less abusive; rather, they figured that the most significant effect would come from the robot being much less fun to play with while it was hiding.