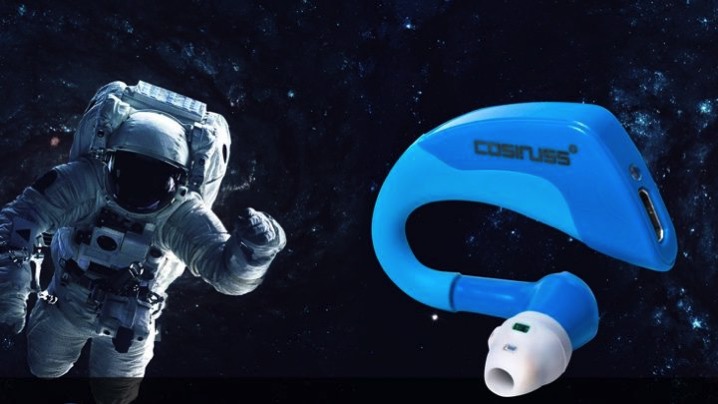 Unless Elon Musk and Richard Branson get their lunar skates on, most of us won’t get to explore space in our lifetimes – though many of the developments made in planetary exploration benefit us here on the ground today. In fact, some of the technology we use on a daily basis, like the CMOS active pixel sensors found in smartphone cameras, are indebted to space research. Even aural thermometers use infrared sensors that were first created by NASA for measuring the temperature given off by stars.

When it comes to health and wearable technology, we’re also going to reap the rewards, but it’s a two-way street.

At this year’s SXSW a handful of companies were summoned to pitch their ideas to the Translational Research Institute for Space Health, which is NASA’s venture arm for astronaut health.

Dorit Donoviel, director at TRISH, was in Austin to scout out potential new technologies that could solve the problems of space. It was a pretty open brief, but with a few important stipulations: the technology must be portable, durable, minimally invasive, and low-power.

“[Astronauts] are stuck in a tin can for two to three years, going on a deep space exploration mission. They may not have access to all the healthcare we take for granted today, we know they won’t,” said Donoviel. “We have to design a way to keep these folks healthy for two to three years with very limited resources. Murphy’s law will say that the one guy who gets sick is going to be the doctor.”

Munich-based startup Cosinuss is all ears. The company, which pitched its idea to NASA at SXSW, makes a hearable called the Cosinuss One for monitoring heart rate, heart rate variability, body temperature and oxygen saturation. Its second device, the Cosinuss Degree, will be a continuous in-ear thermometer for children, arriving this summer, while it also has its sights on hearables to detect stress, sleep apnea, and one specifically for elderly care. But its tech might also find a place among the stars.

“One important thing is to have a very small device, because everything is about size and weight for astronauts,” Cosinuss CEO Johannes Kreuzer tells Wareable. “If they are getting ill, they can put it in – we call it a doctor in your pocket – and it can measure several vital signs.”