Raspberry Pi 3 B+: Co-creator Eben Upton on the new board @Raspberry_Pi #PiDay #RaspberryPi 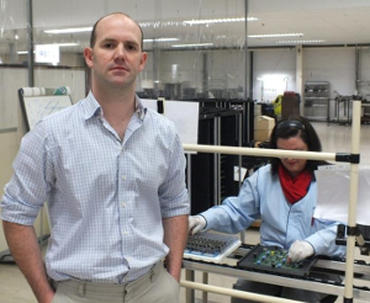 In 2016 Eben Upton, the co-creator of the multi-million selling $35 Raspberry Pi, said there was little more power that could be wrung from the tiny computer without a major overhaul.

It turns out there was more untapped potential in the board than first thought, as today saw the release of the most powerful Pi yet, the Raspberry Pi 3 Model B+.

Upton describes the board as kind of a Raspberry Pi 3.5, not a generational leap over the 2016’s Pi 3 but a step up that delivers a decent boost to performance and Wi-Fi speeds.

“It’s not a Raspberry Pi 4. I think what we’ve ended up with is something which is a really good B+, a bit too good for a B+, but that would be not really anywhere near enough for a Raspberry Pi 4,” said Upton.

“The B+ is our attention-to-detail spin for the product, where we take all the stuff we’ve learned in the past couple of years and smoosh it all together and make a new thing that addresses some of the concerns or takes advantage of some of the opportunities that have come along in the intervening time.”

The B+ will be of particular interest to enthusiasts pushing the existing Pi 3 to its limits, says Upton, giving them the overhead to try out new things with the Raspberry Pi.