The Robotic Fish Eye for the Ocean 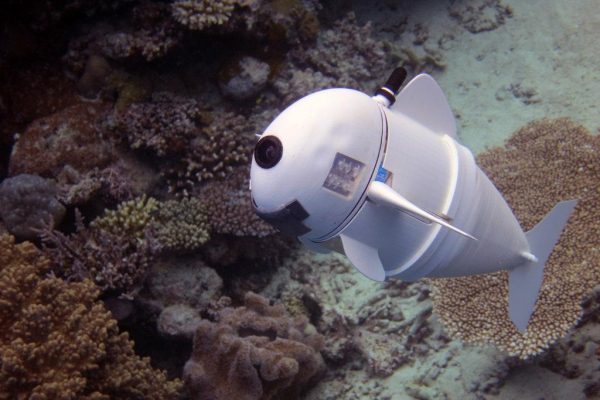 via The New York Times

This foot-and-a-half long robot mimics a real fish. She can swim in the ocean at speeds up to half-its-body-length a second and at depths up to 60 feet below the surface. SoFi has a battery that will last 45 minutes before she shuts down.

She’s not quite fish flesh, but she’s not a typical marine robot either. Although critical for studying the ocean, remote operated vehicles and submersibles can be expensive to build and operate. They also can startle the sea creatures they’re supposed to study. But without a line giving her away by connecting her to a boat, a noisy propeller or the big, rigid, awkward or angular body of a metallic land-alien, she doesn’t seem to bother or scare off real fish. Some even swim along with her. Sleek, untethered, relatively inexpensive and well-tolerated, SoFi may provide biologists a fish’s-eye view of animal interactions in changing marine ecosystems.

Comments Off on The Robotic Fish Eye for the Ocean