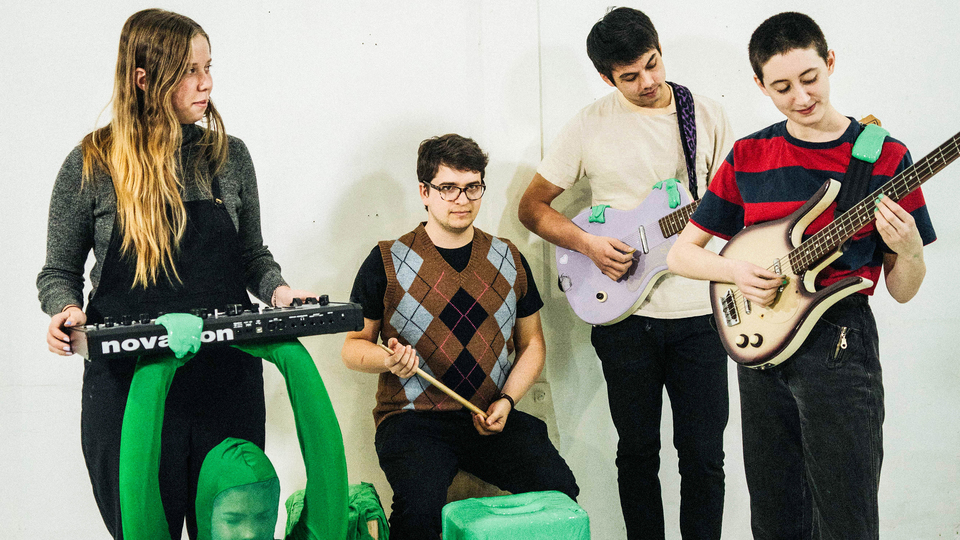 Frankie Cosmos is Greta Kline, one of the original heroes of Bandcamp. Debuting on the direct-to-fan platform as Ingrid Superstar in 2009, she began recording prolifically under a variety of names and releasing the results with titles like and it made me cry for a long time and i dont like crying, the landlord LOVES restaurants! and He Is Risen: DANK. Self-releasing a plethora of (often sub-60 second) songs in quick fashion, Kline was fast to discover that there’s more than one way of doing things.

Kline eventually settled on the Frankie Cosmos name and in 2014 began working with labels at the age of nineteen, issuing her debut album Zentropy on Double Double Whammy, followed by another two incredible records on Bayonet Records in 2015 and 2016.

These releases found press and praise from outlets big and small. Her way with words, her disarming honesty, her unabashed tenderness and her willingness to be at once vulnerable and a goofball resonated with people. An artist that began in a bedroom, experimenting and expressing with the abandon and freedom that home recording and self-releasing offers was able to tap into something special. That something special led her to larger lineups and bigger venues, taking her out of the Bandcamp bedroom bubble and deep into the NYC scene – and then all across the world.

In 2018, Kline signed to the legendary Sub Pop label. Sub Pop found their way from Green River to Soundgarden to Nirvana all the way to the Postal Service, the Shins, Flight of the Conchords, Beach House and way beyond. Like Kline, Sub Pop have found more than one way of getting things done. With Frankie Cosmos’ Vessel LP out on March 30th, it’ll be fascinating to see what Kline and Sub Pop can do together.

We got to enjoy a quick MusicMakers Q&A with Kline on the eve of the release of the biggest album of her career so far and ahead of a big international tour.

Where are you based?
New York City

What was your introduction to music?
I started taking violin lessons when I was 6 but soon switched to piano.

What have you been working on?
Learning to drive!

How have you seen technology change the creation and consumption of music in your lifetime?
The biggest change I’ve noticed has been fewer instruments being used to make music. I think the best change has been how many more people have access to making their own recordings and putting them out there.

Describe your recording or production setup:
90% of the recordings I make are just me and my computer with Garageband, either just using the computer mic for everything, or more recently this little thing I got for plugging my electric guitar into my computer: “jam” from the company Apogee. For the studio albums we’ve made, we record onto reel-to-reel tape with our friend Hunter Davidsohn at his studio Business District Recording in upstate NY.

Any tips for gear or customising your workspace?
Honestly, no. I don’t know anything about gear. All I know is that no matter how fancy your set-up is, that doesn’t guarantee that you’re going to make something you’re proud of. Worry first about writing the song, and then figure out how you are going to record it!

What’s one song everybody should hear?
The demo version of Don’t Ask Me To Explain by Of Montreal

Who do you think we should ask these questions next?
iji (https://ijiiji.bandcamp.com)

The Vessel LP is out March 30th on Sub Pop.

The band kick off a large international tour on April 5th with a show at Fox Theatre in Boulder, Colorado. They may well be coming to your town. 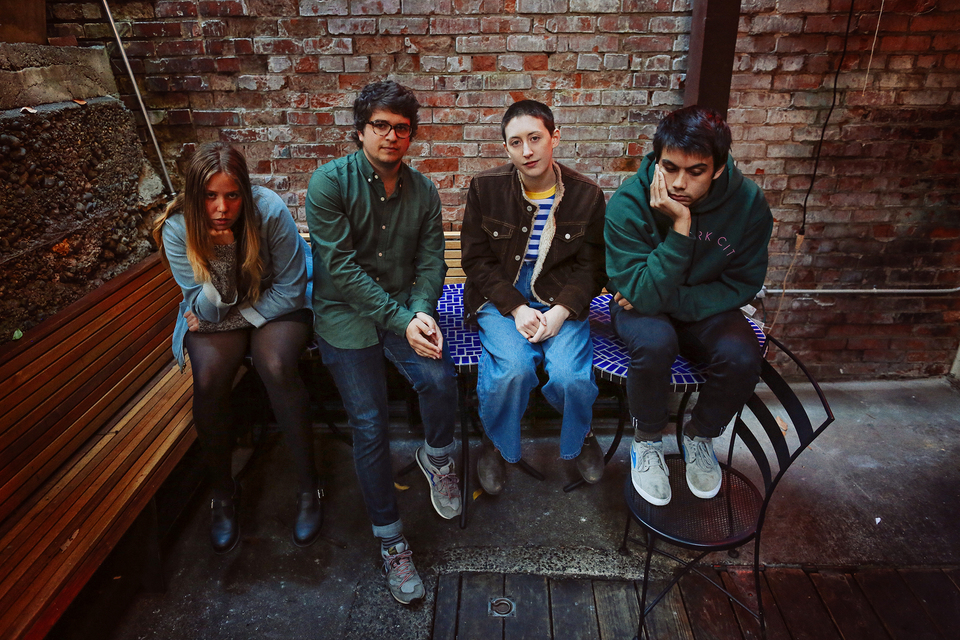 Comments Off on MusicMakers009: Frankie Cosmos