Kids are drawing more female scientists than ever before #MakerEducation 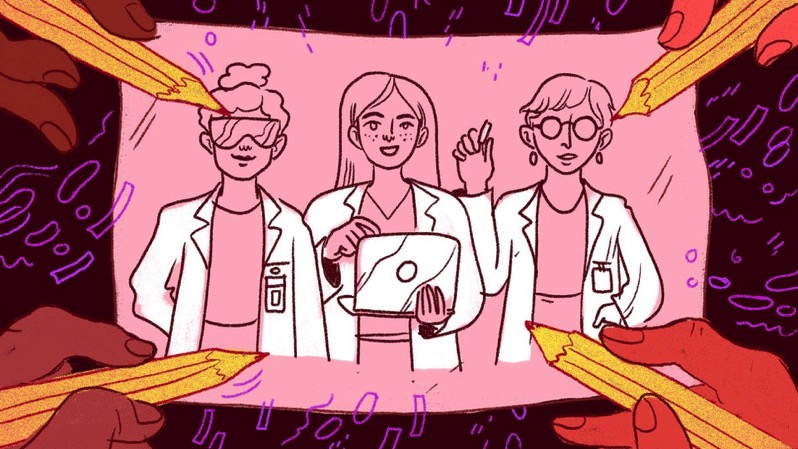 Can boys be scientists too?

Miller’s study analyzed the results of 78 U.S. studies conducted between 1966 and 2016, which collectively included more than 20,000 children attending kindergarten through 12th grade.

Miller and his co-authors found that when children entered kindergarten, around the age of five or six, they drew roughly equal proportions of male and female scientists. But as the kids got older, particularly later in elementary school and in middle school, the share of women dwindled. Miller suspects that shift has to do with children becoming more aware of — and more exposed to — gender stereotypes and perceived cultural norms.

“I think it reflects the environment children are in,” Miller says, describing the overall findings. “Women do indeed remain a minority in several science fields. If you look at children’s media, there’s still more male than female scientists depicted. If children are exposed in this environment, we shouldn’t expect them to draw equal numbers of female and male scientists.”