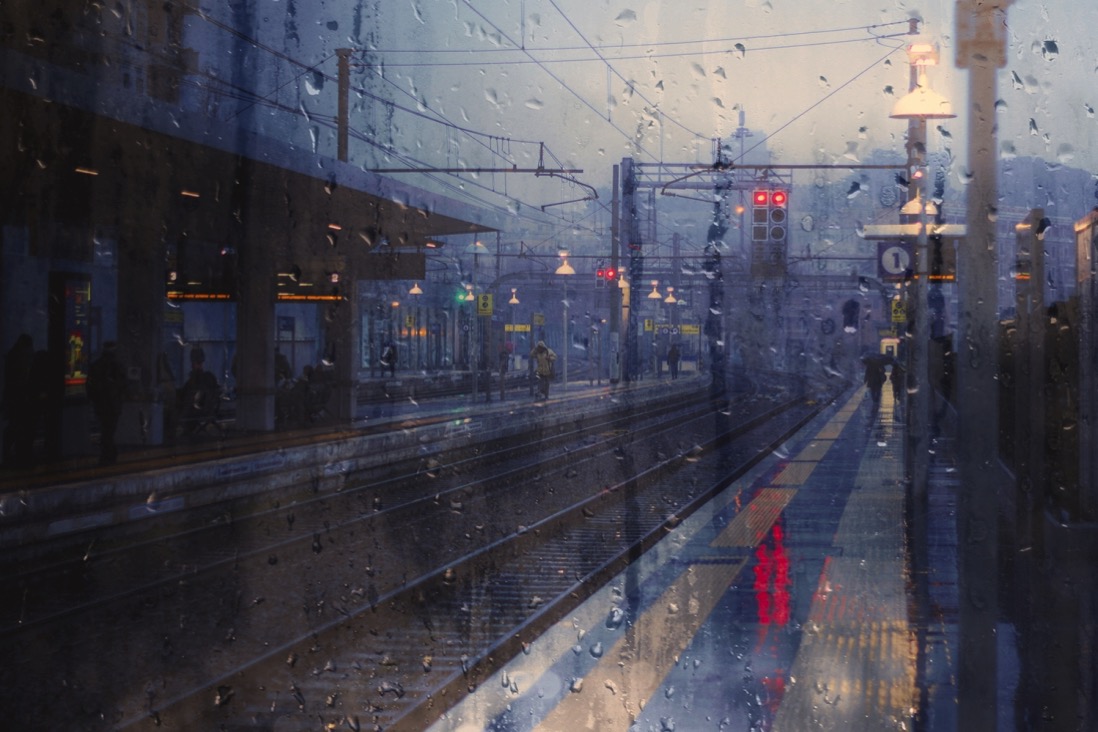 “The rain washes memories off the sidewalk of life,” Woody Allen once said in an old movie. And it forms the basis of a new series by Italian photographer Alessio Trerotoli. Raindrop Blues, as it’s called, is inspired by, you guessed it, raindrops. “Like a blues song, they fall with a repetitive but fascinating rhythm, awakening, as they were called in the 17th-century, the ‘blue demons’ – a suffused sensation of melancholia,” explains Alessio.

Through his layered, fine art photographs, he tries to dip the viewer in a sort of “oneiric reality”, where the rain seems to fall on everyone. “I want to create evocative images where every element – the street, the sky, the characters, the viewer – is involved in a romantic and, in at the same time, a melancholic feeling. As Bob Marley said, when it rains some ‘feel’ the rain, others just get wet.”

To create the effect of his Raindrop Blues series, Alessio superimposes hundreds of different photographs to create fine art images. It’s a similar process that he used for his popular Urban Melodies where he captured the buzz and pace of Rome, New York, Paris and Berlin.