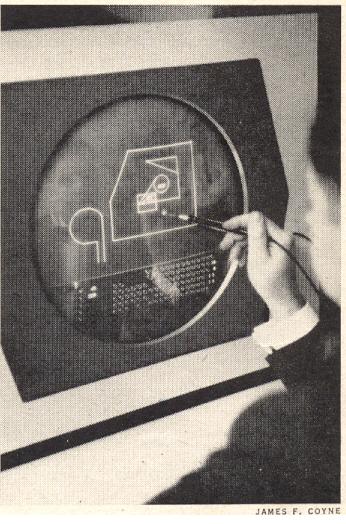 The People, Companies and Computer Systems That Changed Forever the Practice of Engineering

The ‘book’ is a list of 22 chapters and two appendixes, and each installment is a separate PDF. The book was five years in the making and was published 10 years ago now already as well – lots has happened in the CAD world since then – even in the past few years alone a lot has happened! But historically speaking, David Weisberg’s e-publication – appropriately hosted at the domain cadhistory.net – is an incredibly in-depth read on decades of CAD history. See the Table of Contents here.

Engineering design probably started when an unknown caveman had an imaginative idea for making a better club with which to fend off a fellow caveman or bring home more meat for dinner. Ever since, people have attempted to create bigger and better structures and products to improve their lives. I have always been amazed at how the Egyptians built the Pyramids and the Romans the Coliseum and Forum with the tools they had at hand. Even in the past century, it is amazing to those of us whose lives are centered around computers to envision building structures such as the Golden Gate Bridge and the Empire State Building or designing hybrid automobiles and supersonic aircraft without the tools we have become accustomed to.

The computer has changed the practice of engineering forever. In the most simplest terms it has taken the drudgery out of the design process. In the words of James Clerk Maxwell “the human mind is seldom satisfied, and is certainly never exercising its highest functions, when it is doing the work of a calculating machine.” Today, the Computer-Aided Design (CAD) industry is a multi-billion dollar business with literally millions of engineers, architects, and drafters using these computer systems on a daily basis. The technology has clearly changed how many professions are practiced, predominately, but not in all cases, for the better. It was not always obvious that we would succeed in this endeavor. Computers were too slow, the software plagued with errors and functional shortcomings and management didn’t want to rock the boat.

Eventually, the industry solved both the technical and management issues and today few would want to tackle any complex design project without the latest available technology. This book is intended to tell the story about how we have gone from a few academics with great foresight to an industry that produces the tools used to design everything from new razors to airplanes that fly around the world non-stop. As in few other disciplines, the work of developing this technology was built on the experiences of those that went before. It makes for a fascinating story.

See the Table of Contents here.

[h/t EEWeb for the link]

Comments Off on ‘The Engineering Design Revolution’ – 650 Page eBook on the History of Computer-Aided Design by David E. Weisberg | #3Ddesign #CAD #CADhistory