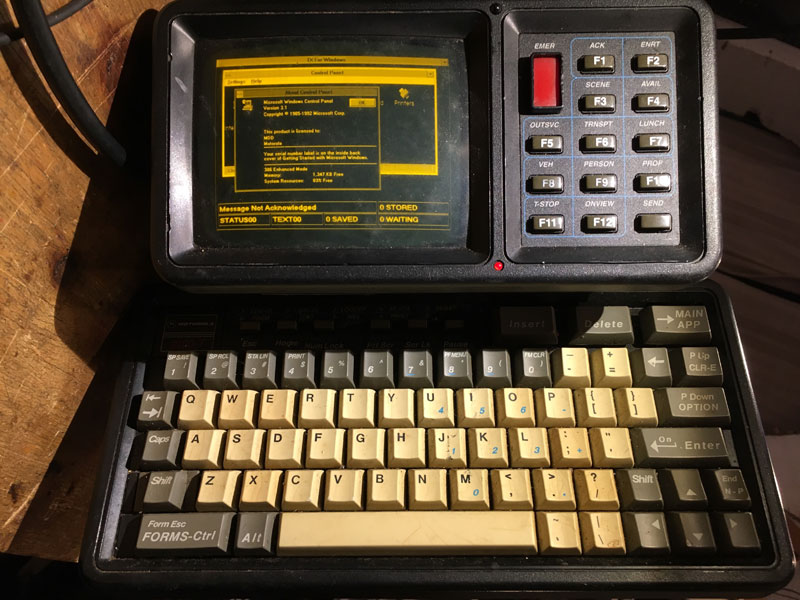 Great write up from BleepingComputer!

According to Trammel, when he saw the terminals being sold on Ebay, he could not pass them up due to their retro-future design. The MDT-9100T was developed in the 1980s to be installed in police cars to act as a mobile data terminal with a built-in radio. What makes these terminals stand out are their dark, retro-future design with big buttons, keyboards, and monochromatic screens like we see in futuristic apocalyptic games like Fallout or movies like Alien.

While you can still do some fun things with Windows 3.x, Trammel instead wanted to turn it into a modern computer. To do this, he purchased a BeagleBone Black baseboard (BBB) to act as the brains for the terminal and created a ribbon cable and and keyboard interface that allowed the BBB to work with the MDT-9100’s keyboard and monitor.

When asked how much it costs to upgrade the MDT9100, Trammel told me:

“The terminals are on ebay for $100-$200 and the BeagleBone Black was $45. Otherwise it has just been parts from NYC Resistor’s junk pile for the cabling, power supply and prototyping boards.”

To learn more about how Trammel upgraded the terminal, I strongly recommend you read his blog post.
Once this was done, he was able to use the BeagleBone to install Debian and start playing with various software. Due to its resemblance to a Fallout Pip-Boy, he installed the Pipboy-3000 software and you can see the terrific looking results in the image below. 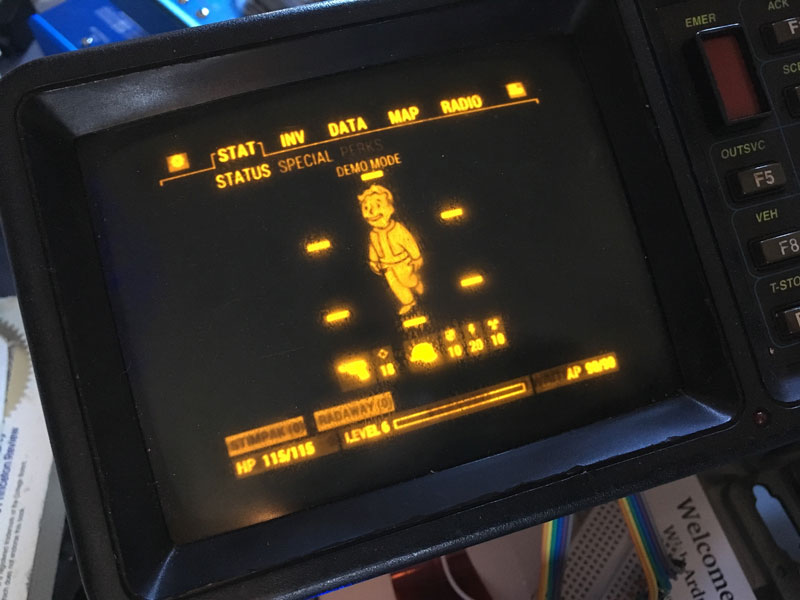