Inside a new immersive AV system, premiered by Brian Eno 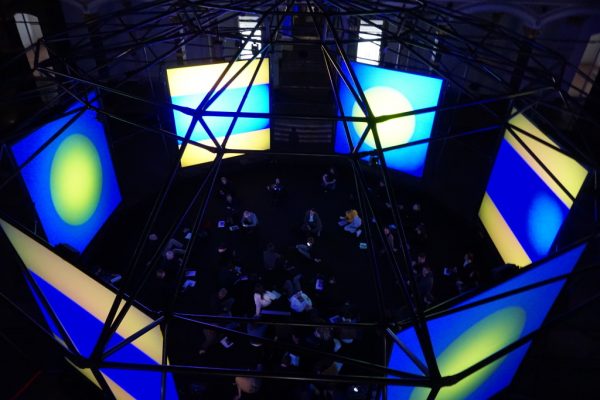 “Hexadome,” a new platform for audiovisual performance and installation began a world-hopping tour with its debut today – with Brian Eno and Peter Chilvers the opening act.

I got the chance to go behind the scenes in discussion with the team organizing, as well as some of the artists, to try to understand both how the system works technically and what the artistic intention of launching a new delivery platform.

It’s not that immersive projection and sound is anything new in itself. Even limiting ourselves to the mechanical/electronic age, there’s of course been a long succession of ideas in panoramic projection, spatialized audio, and temporary and permanent architectural constructions. You’ve got your local cineplex, too. But as enhanced 3D sound and image is more accessible from virtual and augmented reality on personal devices, the same enhanced computational horsepower is also scaling to larger contexts. And that means if you fancy a nice date night instead of strapping some ugly helmet on your head, there’s hope. 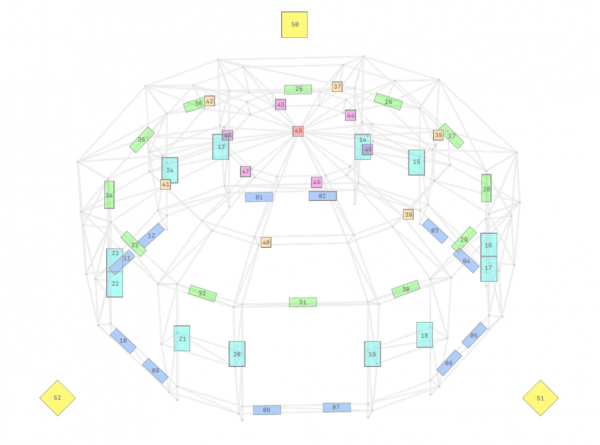 But if 3D media tech is as ubiquitous and your phone, cultural venues haven’t kept up. Here in Germany, there are a number of big multichannel arrays. But they’ve tended to be limited to institutions – planetariums, academies, and a couple of media centers. So art has remained somewhat frozen in time, to single cinematic projections and stereo sound. The projection can get brighter, the sound can get louder, but very often those parameters stay the same. And that keeps artists from using space in their compositions.

A handful of spaces are beginning to change that around the world. An exhaustive survey I’ll leave for another time, but here in Germany, we’ve already got the Zentrum für Kunst und Medien Karlsruhe (ZKM) in Karlsruhe, and the 4DSOUND installation Monom in Berlin, each running public programs. (In 2014, I got to organize an open lab on the 4DSOUND while it was in Amsterdam at ADE, while also making a live performance on the system.)

Comments Off on Inside a new immersive AV system, premiered by Brian Eno