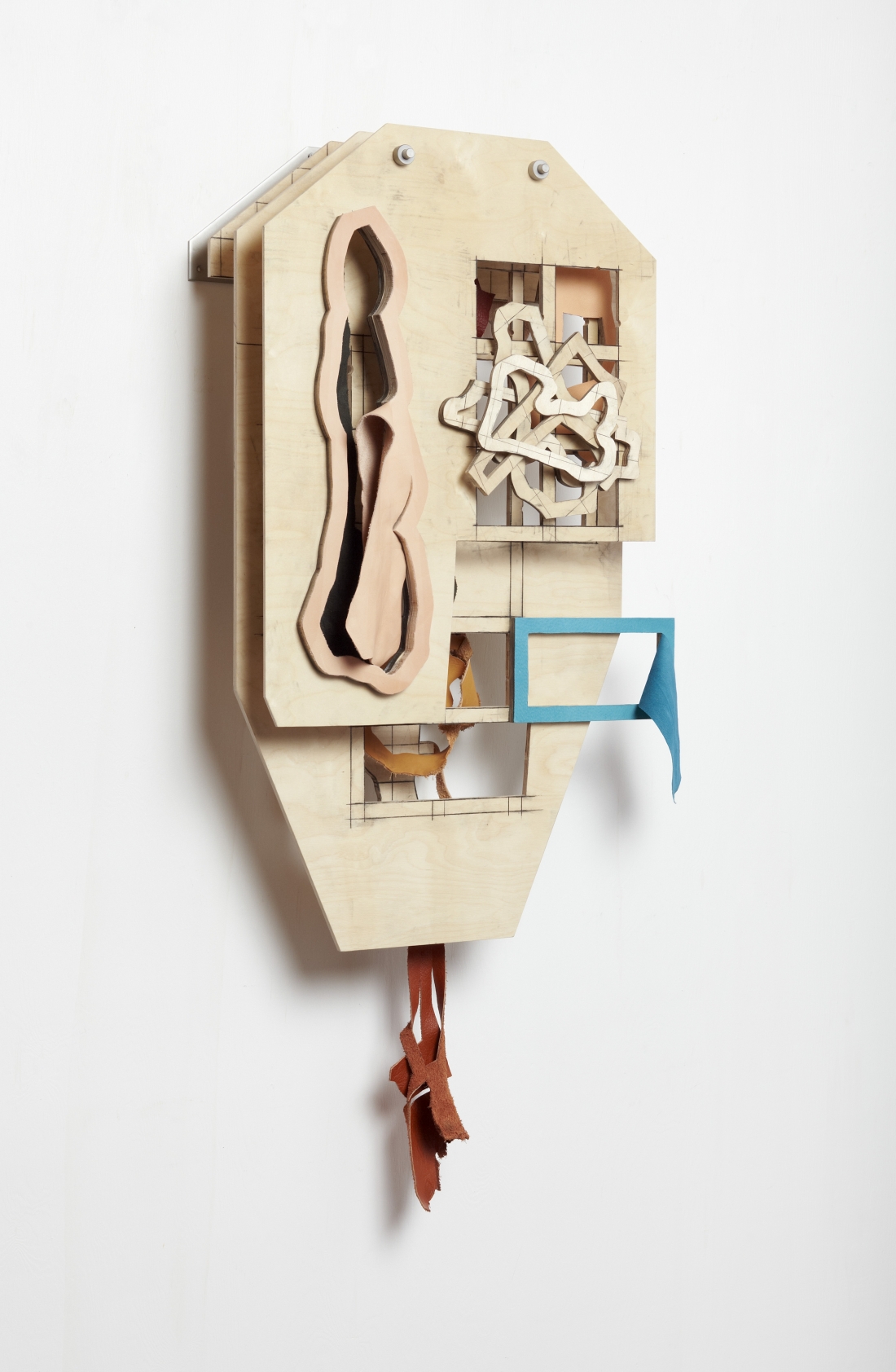 A solo show of new wall-works by renowned Danish sculptor Thomas Bang launches at London’s Fold Gallery this week. Bang has, over many years, explored a broad range of sculptural and conceptual issues. Periodically, his objects and installations have indirectly referenced our world of common things, especially within domestic, utilitarian and body-oriented contexts.

Throughout his career, he has dealt with issues of fragility and vulnerability, both as physical and psychological states. Physical interventions often operate as fragmentations and penetrations and have been present in his work since the mid-1970s. From the early 1960s Bang has maintained a long-standing interest in the theatre of the absurd and allusions to this appear at different stages throughout his oeuvre.

In 2009 Bang encountered, by chance, an Egyptian funerary portrait from the Roman period at Ny Carlsberg Glyptotek in Copenhagen. The representational style of these mummy portraits differed radically from the traditional pictorial language of Egypt from this period. Bang was fascinated by the severe intrusion, and the resulting deviation, created by inserting these paintings in a totally foreign pictorial context. Further investigation revealed that many paintings from this period were severely damaged.

This near disintegration of image, in conjunction with the complexity and distinct character of the leftover segments of paint, as well as the small punctures in the panels strewn across the surface of these funerary portraits, continue to be of considerable interest to Bang: A central concern of his work has been addressing the breakdown of image, structure and meaning and their subsequent reconstruction. The encounter with theses nearly obliterated images resulted in a renewed interest in specific pictorial issues, which Bang had not focused on for some time.

In Bang’s new wall-works the character of the panels, as well as the stencil components, relating to the multitude of configurations found in the funerary portraits. Individual stencil elements are cut out of the plywood panels, then a process of transformation and expansion is initiated by fragmenting the stencil components and constructing varying clusters of activity. Cloth and leather patches are subsequently attached to portions of the stencil elements, partially cut free, and hanging in a peeling gesture from these components.

Bang’s work alludes to existential dramas by attempting to investigate and reflect the unstable and provisional aspects of our human environment. States of Discontunuity will be at the Fold Gallery from 15 March until 21 April 2018.