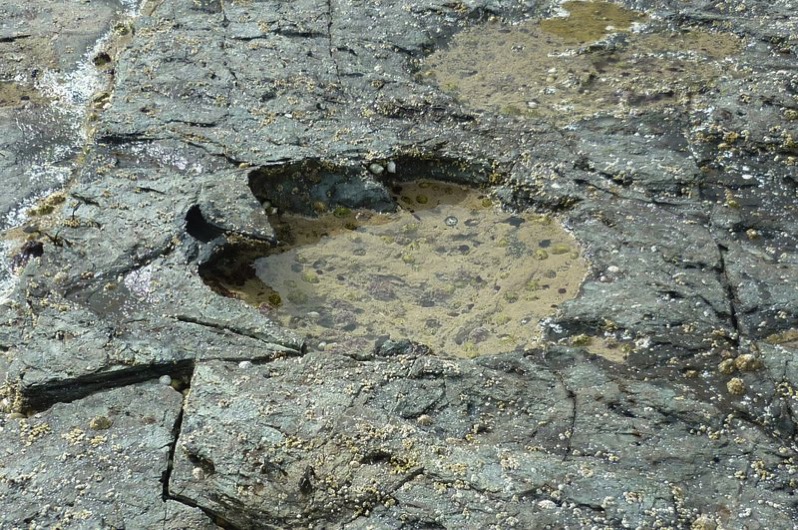 Awesome discovery in Scotland! Via TIME:

If you’ve ever wished Jurassic Park was real, taking a trip to Scotland may be the next best thing.

Scientists have discovered ancient dinosaur tracks on the Isle of Skye in Scotland dating back to the Middle Jurassic period.

The discovery of dozens of dino footprints that are about 170 million years old holds international significance because fossils from the Middle Jurassic era are few and far between, according to the University of Edinburgh, one of three academic institutions which helped produce the study. The Middle Jurassic era was “an important period in dinosaur evolution,” the University explains on its website.

Finding the giant fossilized prints was also a win because scientists were able to identify two kinds of dinosaurs based on the tracks — sauropods and therapods. A majority of the prints were made by long-necked sauropods — cousins of the Brontosaurus — as well as the therapods, which are cousins of the Tyrannosaurus rex, according to the University.