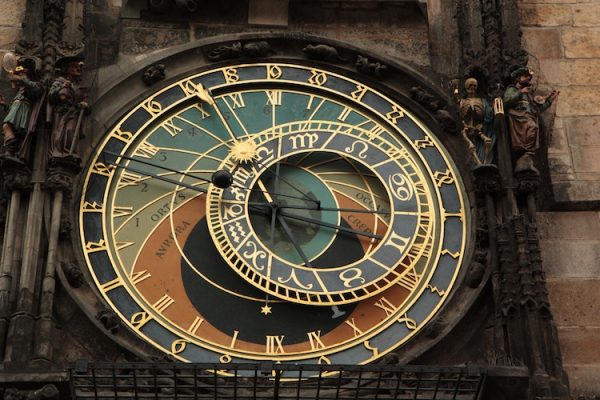 Prague’s medieval astronomical clock is not just one of the prettiest timepieces you’ll ever come across, it’s also one of the most famous examples of its genre. Starting in the 13th century, astronomical clocks began springing up around Europe, using intricate functions to show information such as lunar phases, the position of the sun and moon, and the zodiac at any given moment. 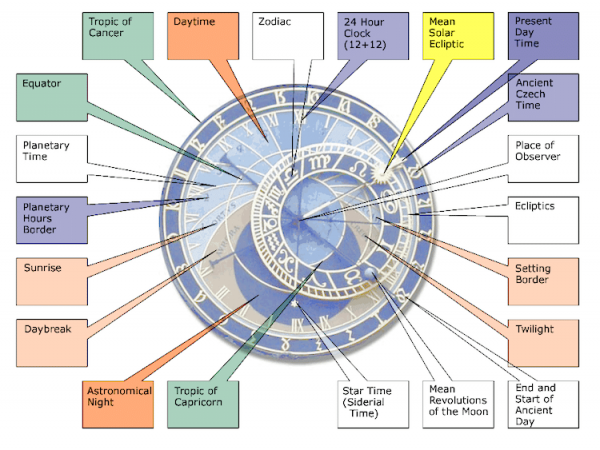 The oldest part of the Prague astronomical clock—or Orloj—dates to 1410 and is located in the heart of Old Town Square. Less than a hundred years later, the calendar dial was added and Gothic sculptures were installed to adorn the clock tower. Now, tourists flock to Old Town Square to gaze up at Prague Orloj, with many waiting until the top of the hour. Each hour, animated figurines flanking the clock are set in motion. The figurines, which were added in the 1600s, represent four vices. Vanity is shown as a man admiring himself in a mirror, a miser holding a bag of gold represents greed, while another strumming an instrument is to show lust or “earthly greed.” The fourth sculpture, a skeleton, represents death and rings the bell each hour as the other figurines shake their heads.

Over time, the clock has been continuously repaired, and was almost destroyed on May 8, 1945 at the hands of the Nazis during the Prague Uprising. The calendar plate suffered extensive damage and had to be restored, with the clock resuming function in 1948. The Prague Astronomical Clock has continued to undergo restoration over the years, with the most recent effort starting in July 2017 and ending in January 2018.