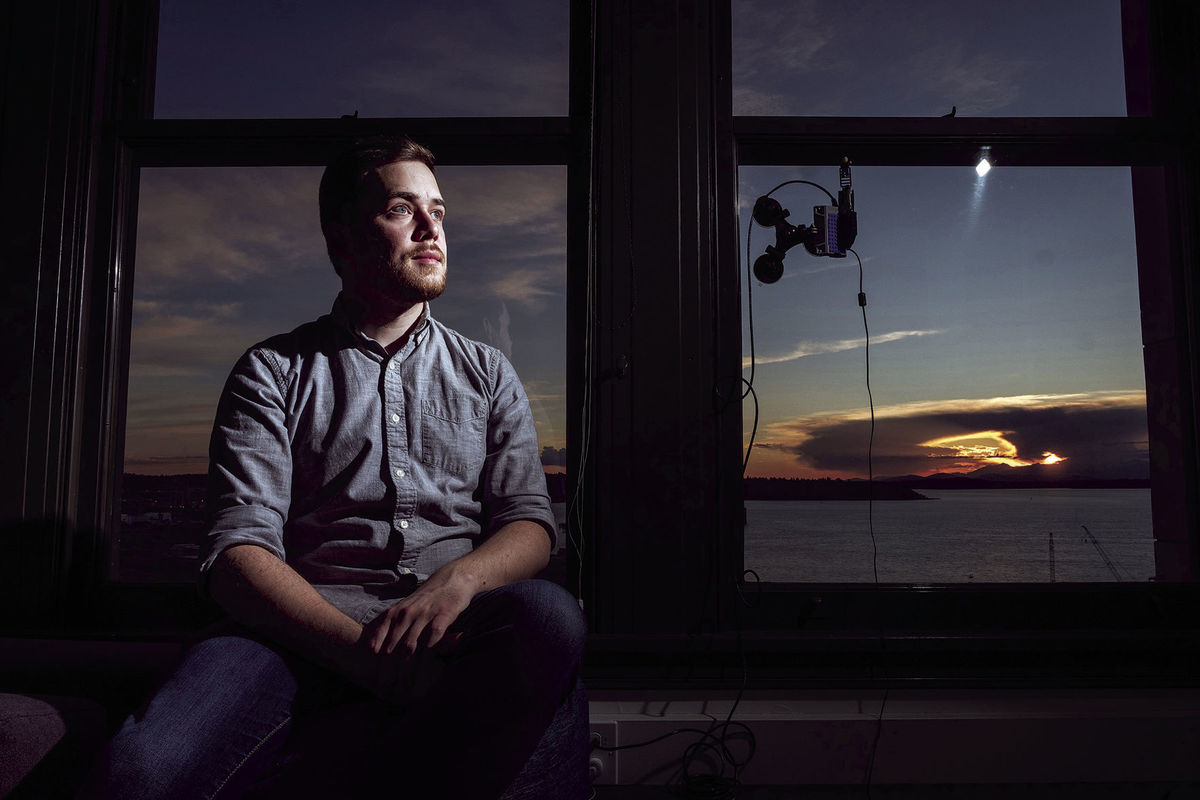 Via The Seattle times:

If you’ve ever been stuck inside and missed what you suspected was a spectacular sunset, you can rest easy now.

Alan Hussey, a front-end software engineer who works for software company EnergySavvy on the 19th floor of Smith Tower, has created a Twitter bot that posts a time-lapse video of the sunset every evening.

Building on software created by some of his coworkers, Hussey added the finishing touches to get it set up and running as well as adding the weather software for the bot. The software is run on a Raspberry Pi model 3 computer, a small computer that’s still powerful enough to generate the videos Hussey posts on his Twitter account, Golden Hour Seattle. (A technical glitch prevented the bot from working correctly over the weekend, but Hussey says it should be up and running again on Monday.)

And he used the computer’s Pi camera module, which he affixed to his office’s west-facing window with a suction cup, to take the daily two-hour videos that are then condensed into 30-second bites.