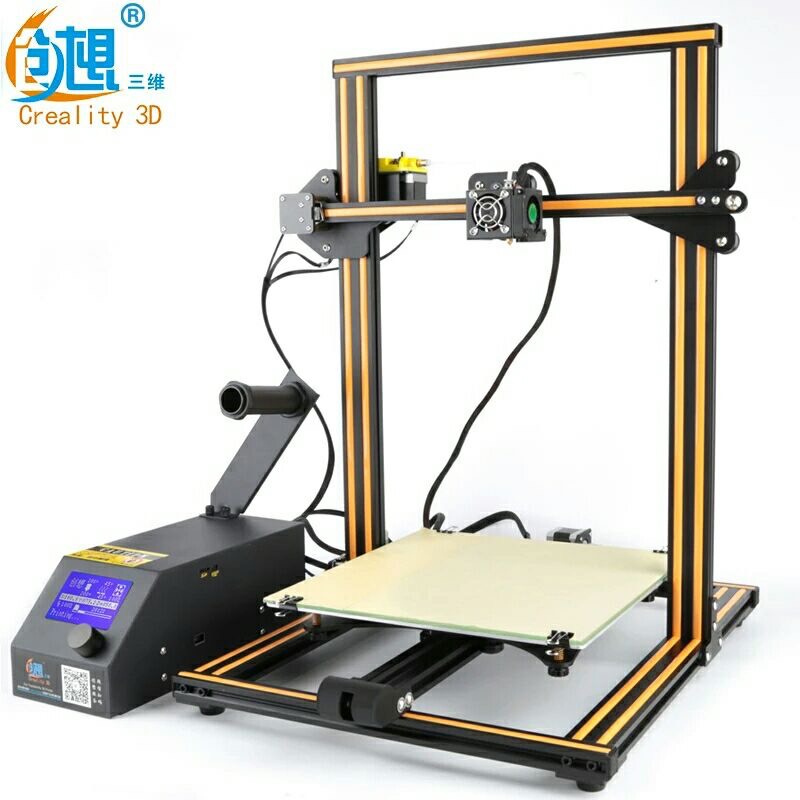 Created in 2011 for RepRap and Ultimaker, Marlin drives many of the world’s 3D printers.  The Marlin Firmware is licensed under the GNU General Public License v3.0.

Permissions of this strong copyleft license are conditioned on making available complete source code of licensed works and modifications, which include larger works using a licensed work, under the same license. 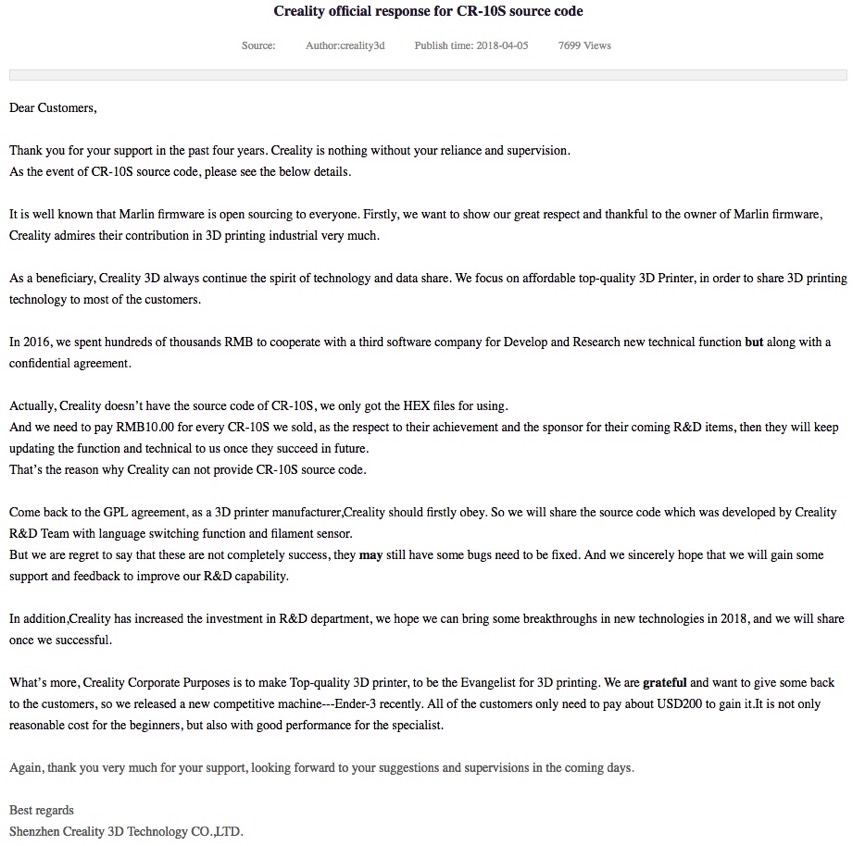 “In 2016, we spent hundreds of thousands RMB to cooperate with a third software company for Develop and Research new technical function but along with a confidential agreement.
Actually, Creality doesn’t have the source code of CR-10S, we only got the HEX files for using.
And we need to pay RMB10.00 for every CR-10S we sold, as the respect to their achievement and the sponsor for their coming R&D items, then they will keep updating the function and technical to us once they succeed in future.
That’s the reason why Creality can not provide CR-10S source code.”

“Creality3D refuses to provide the source code corresponding to the code installed on all their machines (notably, those which include power-loss recovery). To comply with GPL, they must provide (to customers upon request) the exact source used to produce the installed binary.

The terms of the GPL are explicit. Users are Absolutely Entitled to The Source Code so they can reconstruct the binary, alter it to their needs…

The GPL guarantees rights to end-users. Vendors must adhere to the GPL as a precondition of using our copyrighted work. Vendors who violate the GPL are breaking a contract they made with the copyright holders and their customers.”

Here’s where and how to report violations of the GNU Licenses – GNU.ORG.