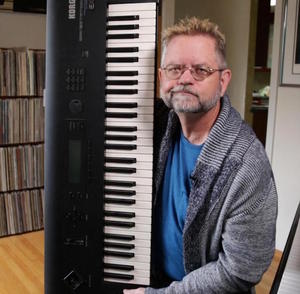 If you’re an audio pro there’s a good chance that you’re working on a Mac. If that’s the case, you’ve heard the startup sound countless times as well as the Sosumi and click sounds. Jim Reekes is the guy who designed these sounds and he has a great story about all of them.

The original Apple startup sound was a tritone that Reekes hated, so he built a big C chord based on the ending of The Beatles “Day In A Life” on his Korg synth. The Apple engineers hated it, but it got it into the boot ROM so late in the project that there was little time to change it. They also told everyone at Apple that changing it might cause the computer (the Apple Quadra, if you remember that far back) to crash so it stayed. It’s still in Apple desktop computers but has been drop from its laptops.

The Sosumi sound came at the expense of the Apple attorneys. When Steve and Woz started Apple they promised The Beatles Apple Records company that they’d never get into music. Of course that changed, so Apple Records sued Apple Computers. As a joke, Reekes came up with the sound and named wanted to name it “So Sue Me.” Since that wouldn’t fly with the attorneys, he changed the spelling to Sosumi and told them it was a Japanese word (not true) that wasn’t related to music (true).

The story of the Mac startup sound: