Cool Down with an Overwatch Ana Snow Owl Skin Cosplay 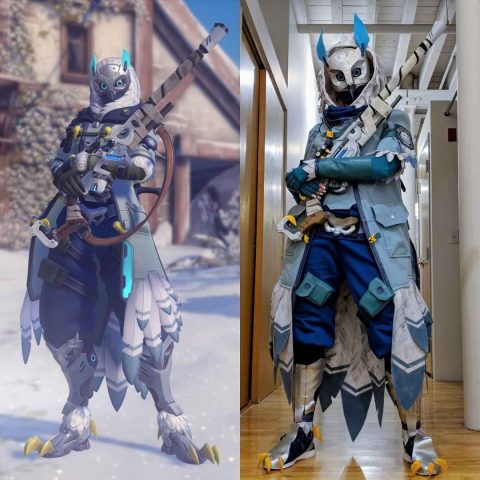 Redditor imomushi8 chose a character from Overwatch for her first attempt at cosplay. With so many available character and skin combos in the game, I imagine it’s not easy to choose which outfit to replicate; she picked Ana’s snow owl skin. She used neoprene for part of the costume and sealed it with Mod Podge before applying acrylic paint; she also used denim, sweatshirt fabric, and fake leather. She says:

I made pretty much all of this from scratch, including the mask and rifle. I had to cut some corners on the outfit to get it ready in time for PAX East last week (though each of those ~200 “feathers” were hand-cut and -painted).

I didn’t have time to make her backpack, so I used an old leather purse (that I also made by hand! but years ago)

Get a closer look at the mask and rifle below. 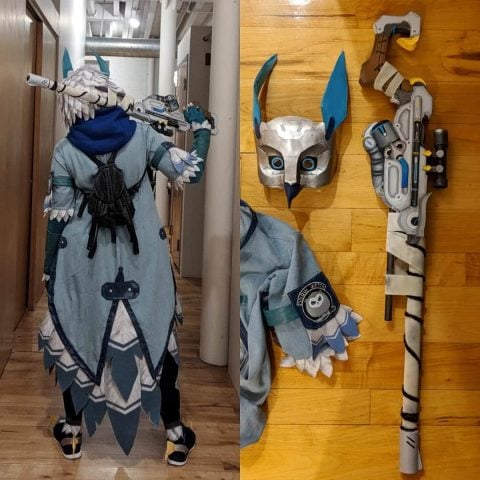