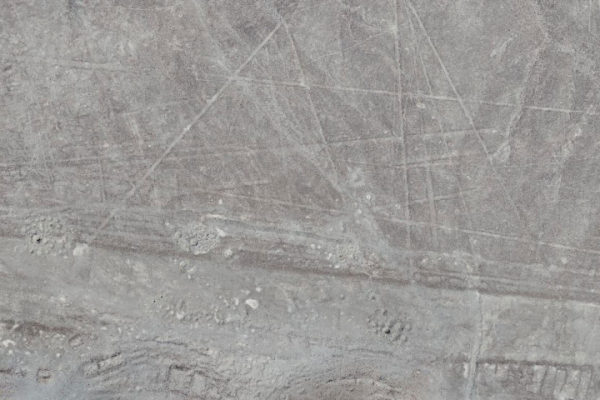 The Nazca Desert in Peru is famous for the ancient geoglyphs known as the Nazca lines, which form enigmatic geometric shapes and zoomorphic designs. Now, in a major breakthrough, archaeologists have found many more examples of large-scale linear designs in the adjacent province of Palpa, as National Geographic first reported. Using drones, researchers have identified over 50 massive, long-unseen geogylphs that date from between 500 BCE to 200 CE — centuries before the time of the known Nazca lines.

Unlike the Nazca lines, these depict mostly humans — warriors, specifically, according to Peruvian archaeologist Luis Jaime Castillo Butters, who co-led the survey. While some were made by the Nazca culture, which dates from between 200 and 700 CE, the archaeologists believe that many were drawn by the earlier Paracas and Topará cultures.

“This means that it is a tradition of over a thousand years that precedes the famous geoglyphs of the Nazca culture, which opens the door to new hypotheses about its function and meaning,” Johny Isla, the Nazca lines’s chief restorer and protector, told National Geographic.

Comments Off on New Nazca Lines Discovered with Drones #ArtTuesday