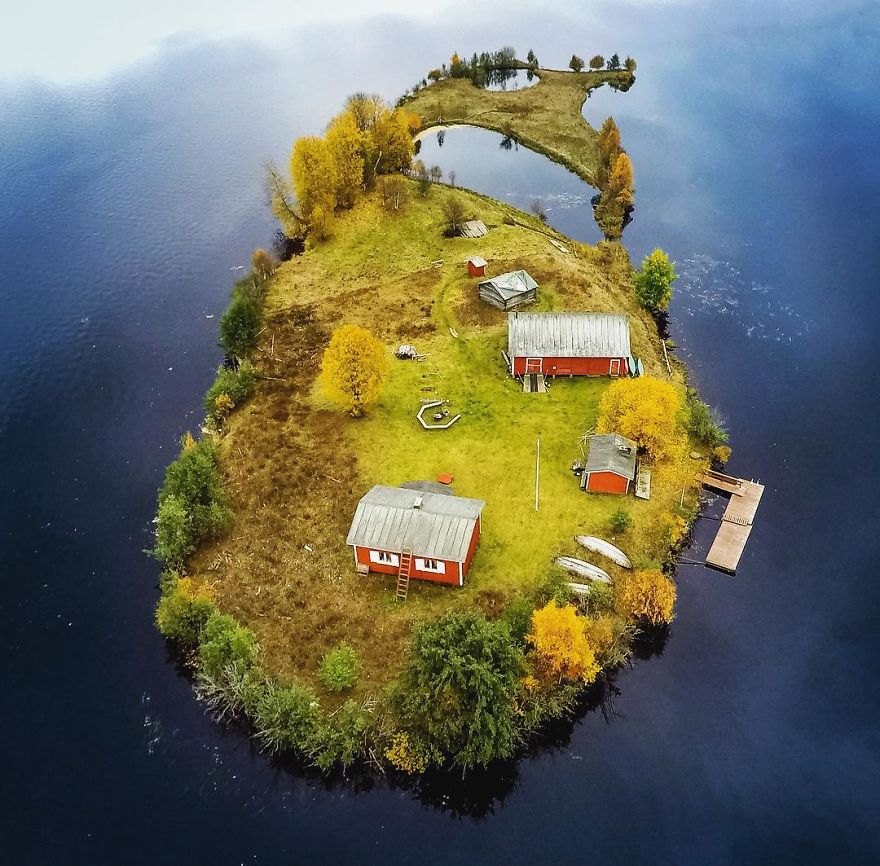 Jani Ylinampa is a nature photographer based in Rovaniemi, Finnish Lapland. He‘s a real master of capturing the dancing Northern Lights, breathtaking sunsets, beautiful forests, lakes and other wonders of nature, and he‘s been doing it for almost 15 years.

One of those magical objects that caught Ylinampa‘s eye was a lovely Kotisaari island in Rovaniemi, that used to be a traditional stronghold of the Lumberjacks in Kemijoki. Floating in the scenic Kemi river, it became just the right place to fulfil photographer’s wish to capture the changing beauty of nature. He documented the island from a drone through all four seasons, which resulted in four really different but mesmerizing pictures of this wonderful piece of land. Scroll down to see it for yourself. 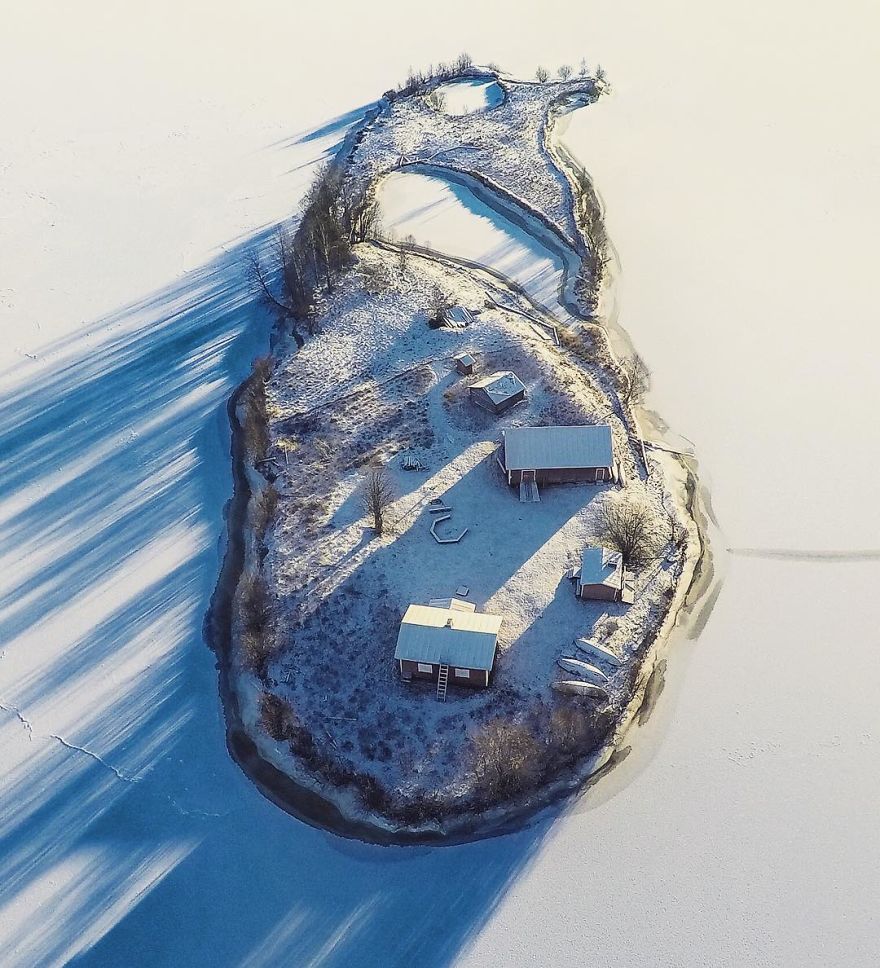