1397 – Geoffrey Chaucer tells The Canterbury Tales for the first time at the court of Richard II. 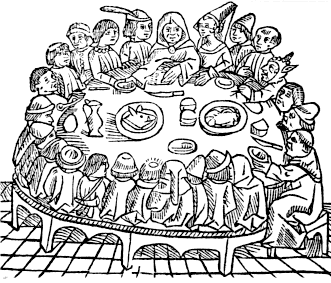 After a long list of works written earlier in his career, including Troilus and Criseyde, House of Fame, and Parliament of Fowls, The Canterbury Tales is near-unanimously seen as Chaucer’s magnum opus. He uses the tales and descriptions of its characters to paint an ironic and critical portrait of English society at the time, and particularly of the Church. Chaucer’s use of such a wide range of classes and types of people was without precedent in English. Although the characters are fictional, they still offer a variety of insights into customs and practices of the time. Often, such insight leads to a variety of discussions and disagreements among people in the 14th century. For example, although various social classes are represented in these stories and all of the pilgrims are on a spiritual quest, it is apparent that they are more concerned with worldly things than spiritual. Structurally, the collection resembles Giovanni Boccaccio’s The Decameron, which Chaucer may have read during his first diplomatic mission to Italy in 1372.

1907 – The immigration center at Ellis Island processes 11,747 people, more than on any other day. 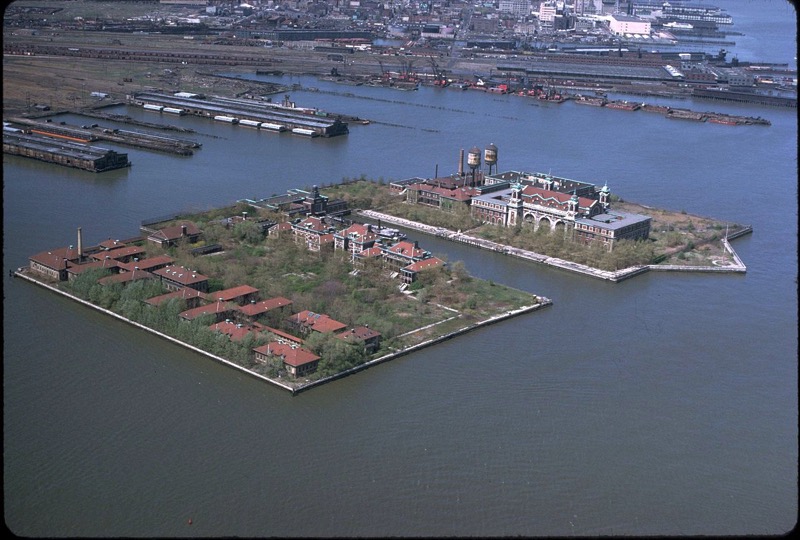 The present main structure was designed in French Renaissance Revival style and built of red brick with limestone trim. After it opened on December 17, 1900, the facilities proved barely able to handle the flood of immigrants that arrived in the years before World War I. In 1913, writer Louis Adamic came to America from Slovenia, then part of the Austro-Hungarian Empire, and described the night he and many other immigrants slept on bunk beds in a huge hall. Lacking a warm blanket, the young man “shivered, sleepless, all night, listening to snores” and dreams “in perhaps a dozen different languages”. The facility was so large that the dining room could seat 1,000 people. It is reported the island’s first immigrant to be processed through was a teenager named Annie Moore from County Cork in Ireland.[ 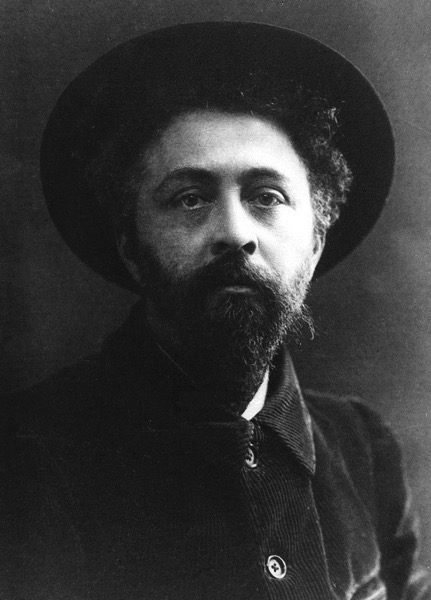 Perrin was also the recipient of numerous prestigious awards including the Joule Prize of the Royal Society in 1896 and the La Caze Prize of the French Academy of Sciences. He was twice appointed a member of the Solvay Committee at Brussels in 1911 and in 1921. He also held memberships with the Royal Society of London and with the Academies of Sciences of Belgium, Sweden, Turin, Prague, Romania and China. He became a Commander of the Legion of Honour in 1926 and was made Commander of the Order of Léopold (Belgium).

In 1919, Perrin proposed that nuclear reactions can provide the source of energy in stars. He realized that the mass of a helium atom is less than that of four atoms of hydrogen, and that the mass-energy equivalence of Einstein implies that the nuclear fusion (4 H → He) could liberate sufficient energy to make stars shine for billions of years.[4] A similar theory was first proposed by American chemist William Draper Harkins in 1915. It remained for Hans Bethe and Carl Friedrich von Weizsäcker to determine the detailed mechanism of stellar nucleosynthesis during the 1930s.[

1970 – After a difficult journey, Apollo 13 spacecraft returns to Earth safely. 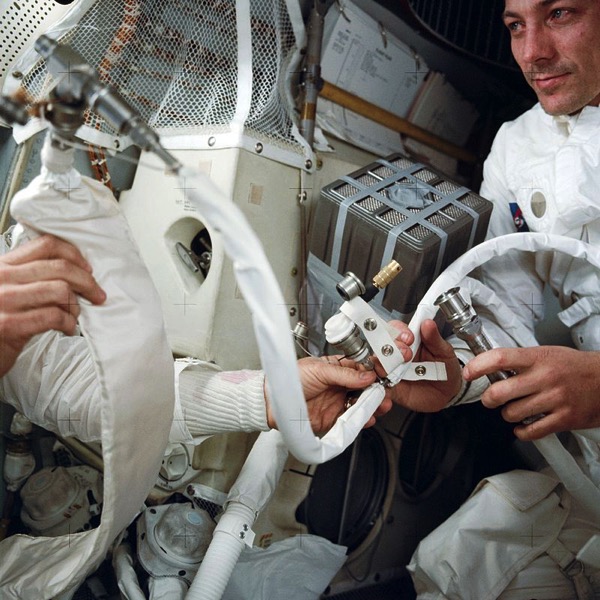 Approaching 56 hours into the mission, Apollo 13 was approximately 205,000 miles (330,000 km) from Earth en route to the Moon.[14][15] Approximately six and a half minutes after the end of a live TV broadcast from the spacecraft, Haise was in the process of closing out the LM, while Lovell was stowing the TV camera, and Houston flight controllers asked Swigert to turn on the hydrogen and oxygen tank stirring fans in the Service Module, which were designed to destratify the cryogenic contents and increase the accuracy of their quantity readings. Two minutes later, the astronauts heard a “pretty large bang,” accompanied by fluctuations in electrical power and the firing of the attitude control thrusters.[8] The crew initially thought that a meteoroid might have struck the Lunar Module. Communications and telemetry to Earth were lost for 1.8 seconds, until the system automatically corrected by switching the high-gain S-band antenna, used for translunar communications, from narrow-beam to wide-beam mode.

2014 – NASA’s Kepler space observatory confirms the discovery of the first Earth-size planet in the habitable zone of another star. 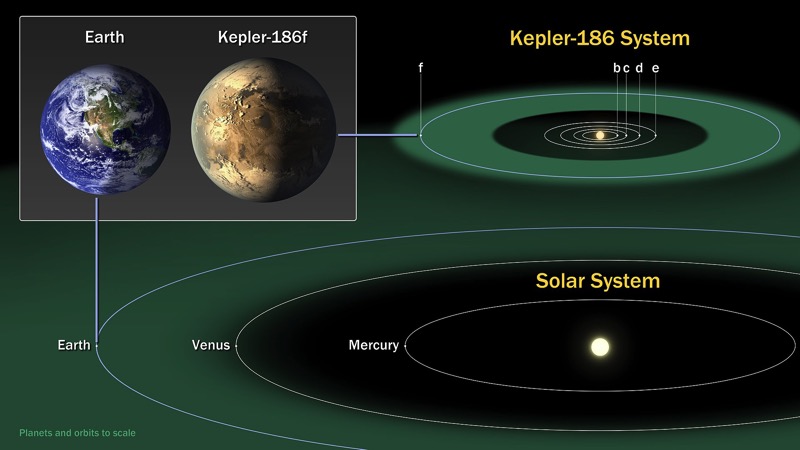 Kepler-186f (also known by its Kepler Object of Interest designation KOI-571.05) is an exoplanet orbiting the red dwarf Kepler-186, about 550 light-years (171 parsecs, or nearly 5.298×1015 km) from the Earth.[1] It is the first planet with a radius similar to Earth’s to be discovered in the habitable zone of another star. NASA’s Kepler spacecraft detected it using the transit method, along with four additional planets orbiting much closer to the star (all modestly larger than Earth). Analysis of three years of data was required to find its signal. The results were presented initially at a conference on 19 March 2014[9] and some details were reported in the media at the time.The public announcement was on 17 April 2014, followed by publication in Science.