These diamonds from space formed inside a long-lost planet, scientists say 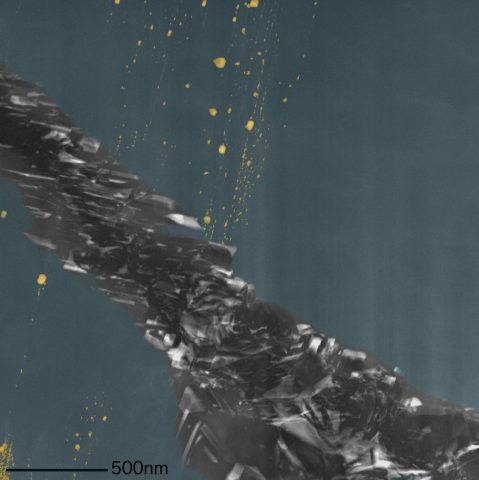 Ten years ago, an Arizona astronomer spotted an asteroid that was headed straight for Earth. Swiftly he summoned the help of colleagues and casual stargazers, who tracked the space rock as it exploded in the sky, raining shrapnel down on the Nubian desert in Sudan. Students from the University of Khartoum volunteered to search for fragments, ultimately recovering more than 600 pieces of the meteorite now known as Almahata Sitta. It was the first time scientists had ever traced an asteroid in the sky to a rock they could hold in their hands.

But that is not even the coolest thing about Almahata Sitta. Not nearly. 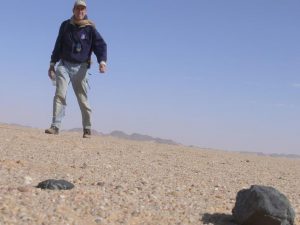 A new study published in the journal Nature Communications reports that the meteorite contains tiny diamonds — yes, diamonds. Those diamonds contain even tinier impurities called inclusions. And within those inclusions are signatures of a long-lost planet as large as Mars — a 4.5 billion-year-old relic that was destroyed during the earliest days of the solar system.

“These samples are coming from an era that we don’t have any access to,” said Farhang Nabiei, a materials scientist at the Swiss Federal Institute of Technology in Lausanne and the lead author of the new report. The diamonds with the Almahata Sitta meteorite formed during a transition era in the solar system, when the dust and gas that swirled around the sun coalesced into planetary embryos, then grew into planets.

“And we are part of the planets,” Nabiei said. “This is part of the story of how we came to be.”

Almahata Sitta belongs to a class of rocks known as ureilites. They are partly differentiated — not made of the primitive material that constituted the solar nebula, but also not as well mixed and baked as rocks that come from modern planets. Unlike other meteorites, which can be traced to parent bodies such as asteroids, Mars or the moon by comparing the ratios of different varieties of elements, these rocks have no known source. They seem to have been formed inside bodies that no longer exist.

And they always contain tiny flecks of diamond.

Comments Off on These diamonds from space formed inside a long-lost planet, scientists say