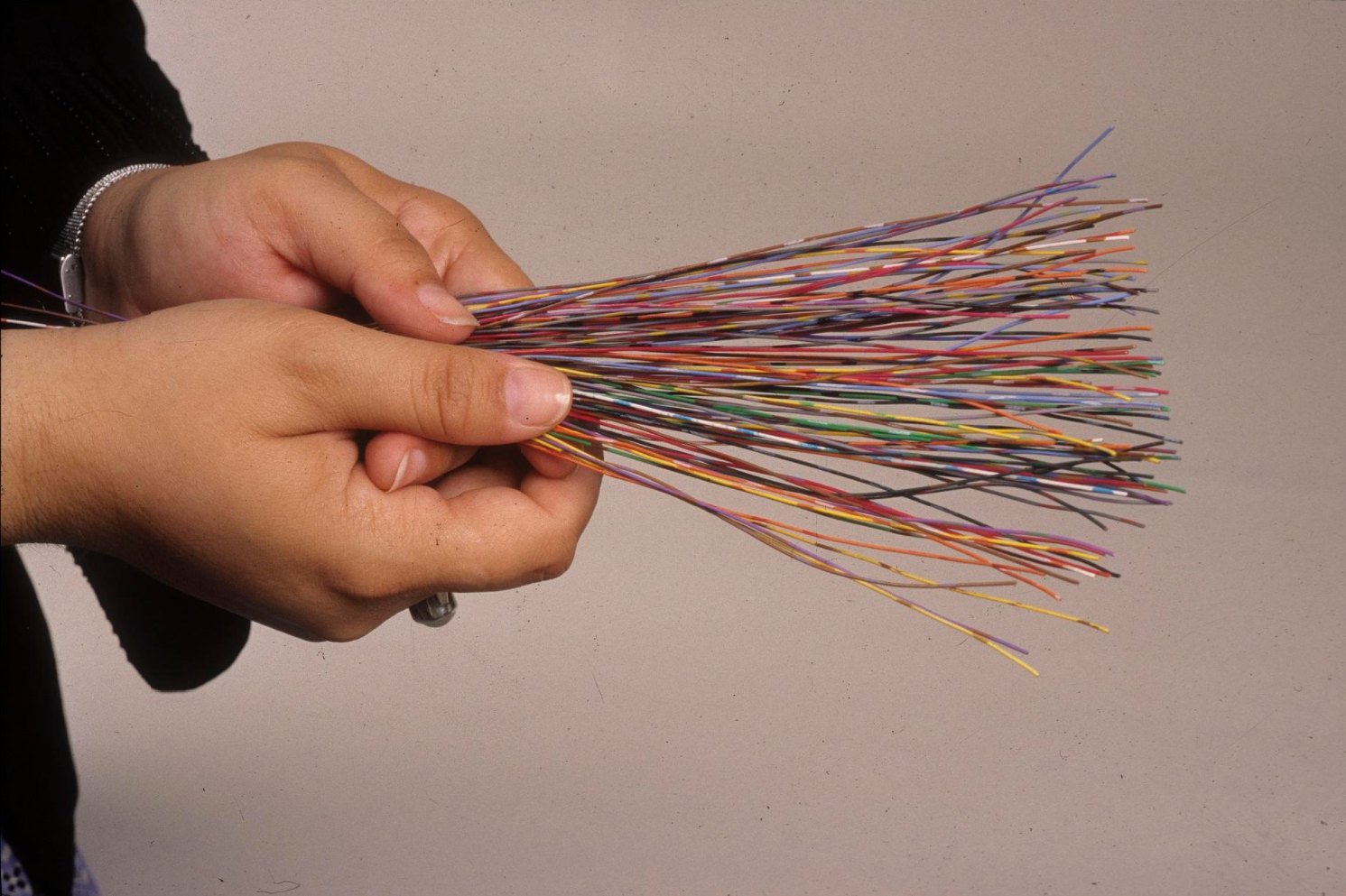 From the National Museum of American History:

This bundle consists of about one hundred pieces of plastic-coated wire, each about 30 cm (11.8 in) long. Each piece of wire represents the distance an electrical signal travels in a nanosecond, one billionth of a second. Grace Murray Hopper (1906–1992), a mathematician who became a naval officer and computer scientist during World War II, started distributing these wire “nanoseconds” in the late 1960s in order to demonstrate how designing smaller components would produce faster computers.
The “nanoseconds” in this bundle were among those Hopper brought with her to hand out to Smithsonian docents at a March 1985 lecture at NMAH. Later, as components shrank and computer speeds increased, Hopper used grains of pepper to represent the distance electricity traveled in a picosecond, one trillionth of a second (one thousandth of a nanosecond).