Fascinating quick-read from Atomic Object developer Jaime Lightfoot on A Relatively Brief History of Time(keeping). This article touches on some of my favorite subjects of study including the Gregorian/Julian calendar discrepancies and “local solar time” (image below) as well as other topics of intrigue like quartz oscillator & radios, UTC, and the “Unix epoch.” 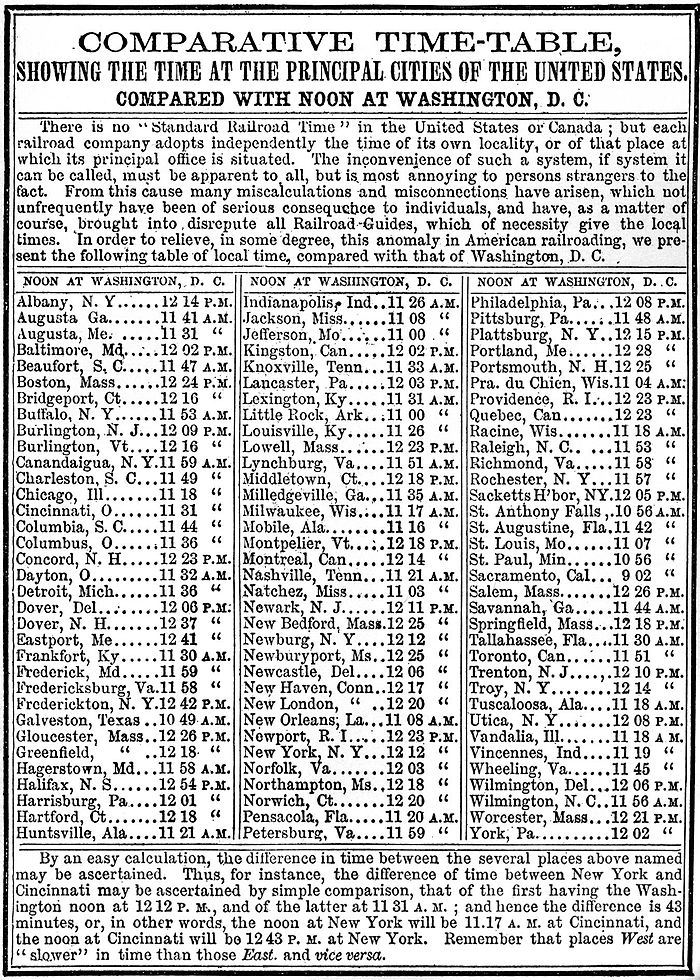 As many developers know, working with timestamps can be pretty terrible. But things weren’t always this way… They were worse. Clocks, and more specifically coordinated clocks are a modern invention. Getting the whole world to agree to a single, computer-friendly timekeeping system has been a pretty bumpy road.

So how did the world manage to go from following the sun to a global, coordinated timekeeping system?

This system was created, but not fully adopted: The US and Britain kept with the Julian system until 1752. Because the Gregorian system accounts for leap years correctly (every four years, except years divisible by 100, aside from 400), and the Julian system does not (just “every 4 years”), the calendars drifted apart from one another. By 1752, these calendars were 11 days apart.