1800 – The US Library of Congress is first established. 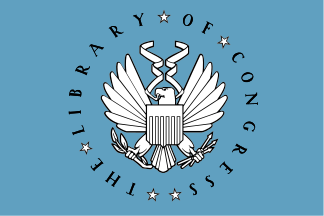 James Madison is credited with the idea for creating a congressional library, first making such a proposition in 1783. The Library of Congress was established April 24, 1800, when President John Adams signed an act of Congress providing for the transfer of the seat of government from Philadelphia to the new capital city of Washington. Part of the legislation appropriated $5,000 “for the purchase of such books as may be necessary for the use of Congress …, and for fitting up a suitable apartment for containing them….” Books were ordered from London and the collection, consisting of 740 books and 3 maps, was housed in the new Capitol. 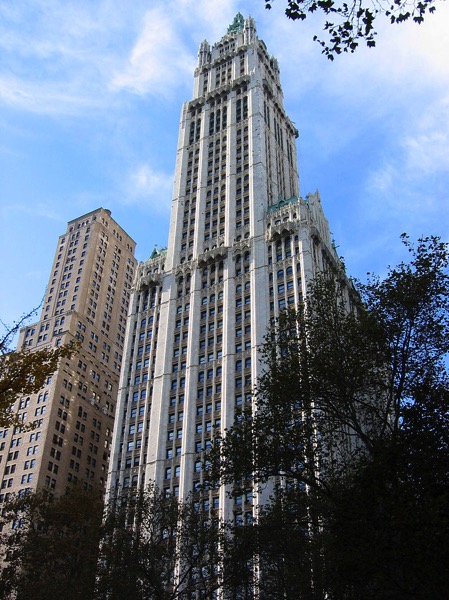 The Woolworth Building was designed in the neo-Gothic style by the architect Cass Gilbert, whom Frank Woolworth commissioned in 1910 to design a 20-story office building as the F. W. Woolworth Company’s new corporate headquarters on Broadway, between Park Place and Barclay Street in Lower Manhattan, opposite City Hall. Originally designed to be 420 feet (130 m) high, the building was eventually elevated to 792 feet (241 m).[citation needed] At its opening, the Woolworth Building was 60 stories tall and had over 5,000 windows. The construction cost was US$13.5 million. With Irving National Exchange Bank Woolworth set up the Broadway-Park Place Company to finance the building, but by May 1914, had purchased all of the shares from the bank, thus owning the building outright. On completion, the Woolworth building topped the record set by the Metropolitan Life Insurance Company Tower as the world’s tallest building.

1914 – The Franck–Hertz experiment is first presented to the German Physical Society.

The Franck–Hertz experiment was the first electrical measurement to clearly show the quantum nature of atoms, and thus “transformed our understanding of the world”. It was presented on April 24, 1914 to the German Physical Society in a paper by James Franck and Gustav Hertz. Franck and Hertz had designed a vacuum tube for studying energetic electrons that flew through a thin vapor of mercury atoms. They discovered that, when an electron collided with a mercury atom, it could lose only a specific quantity (4.9 electron volts) of its kinetic energy before flying away. This energy loss corresponds to decelerating the electron from a speed of about 1.3 million meters per second to zero. A faster electron does not decelerate completely after a collision, but loses precisely the same amount of its kinetic energy. Slower electrons merely bounce off mercury atoms without losing any significant speed or kinetic energy.

1923 – Sigmund Freud first publishes The Ego and the Id in Vienna. 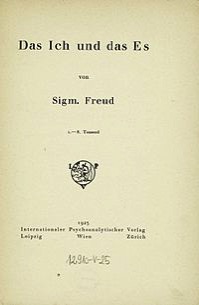 The ego—caught between the id and the super-ego—finds itself simultaneously engaged in conflict by repressed thoughts in the id and relegated to an inferior position by the super-ego. And at the same time, the interplay between the love instinct and the death instinct can manifest itself at any level of the psyche. The outline below is an exegesis of Freud’s arguments, explaining the formation of the aforementioned tensions and their effects. 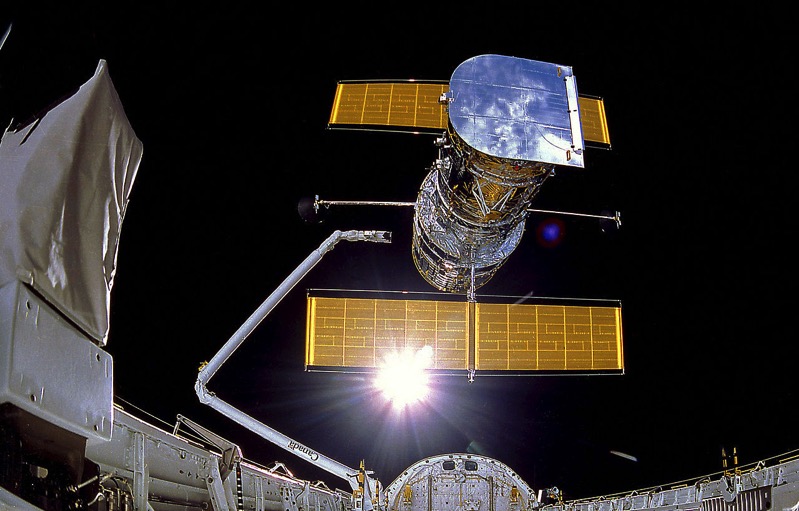 STS-31 was the thirty-fifth mission of the American Space Shuttle program, which launched the Hubble Space Telescope astronomical observatory into Earth orbit. The mission used the Space Shuttle Discovery (the tenth for this orbiter), which lifted off from Launch Complex 39B on 24 April 1990 from Kennedy Space Center, Florida.