Unearthing Centuries of Interdependence Between Humans and Plants 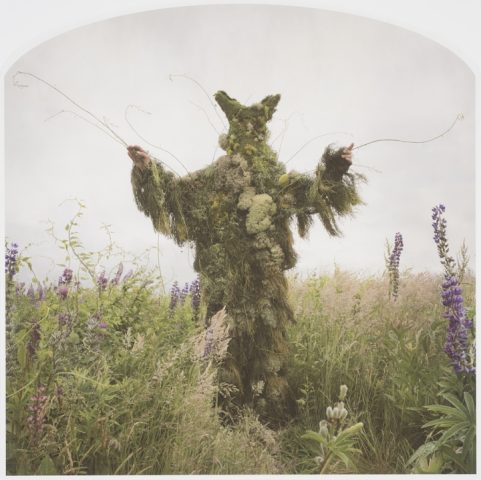 Big Botany: Conversations with the Plant World explores how humans have historically understood the plant world, and how we ought to reconsider it as we degrade the planet.

In the 2018 film Annihilation, an alien intelligence transforms a swath of coastal wilderness into a mutated landscape. Separating this so-called “Area X” from the rest of the world is rainbow-colored slick that modifies the DNA of anything living under its umbrella — including humans. The film, like the novel it’s based on, is science-fiction. But in the Anthropocene, a term scientists use to describe our age of unprecedented human influence over the natural world, the film is a helpful reminder that our relationship with nature is symbiotic and interdependent.

That relationship is examined throughout Big Botany: Conversations with the Plant World, an impressive art exhibition currently on view at the Spencer Museum of Art in Lawrence, Kansas. Timely and interdisciplinary, the show explores how humans have historically understood the plant world, and how we ought to reconsider it as we degrade the planet with greenhouse gases and ecological destruction.

Recent artworks in the exhibition further emphasize the imbalances in our relationship with nature. Ackroyd & Harvey’s sobering “Satanic Formula (after Senanayake)” (2017) stretches for several feet in the museum’s sunlit atrium. Sunlight literally powers the piece; a thick, green carpet of sprouting grass covers its front. But etched in all that green is a scientific formula devised by Ranil Senanayake, a systems ecologist and a pioneer in the field of “analog forestry.” His formula shows in mathematical terms that, as we burn more fossil fuels, we increase the amount of carbon dioxide in the atmosphere. Meanwhile, oxygen levels are falling: “The only thing that keeps the global concentration levels up,” wrote Senanayake in 2017, “is photosynthesis by leaves and plankton.” In other words, plants keep us alive.

Nicholas Kahn and Richard Selesnick’s playful “King of Weeds” (2013) helps to suggest that a different relationship is possible. Their photograph depicts the artists’ recent performance and installation series “Truppe Fledermaus & the Carnival at the End of the World.” A man stands in a field that blooms with life, covered from head to toe in a wide variety of weeds. The figure suggests that, just maybe, we can finally recognize the interdependence of humans and plants. Is a weed an invasive species? Or, in the words of Ralph Waldo Emerson, a “plant whose virtues have not yet been discovered”?

Comments Off on Unearthing Centuries of Interdependence Between Humans and Plants