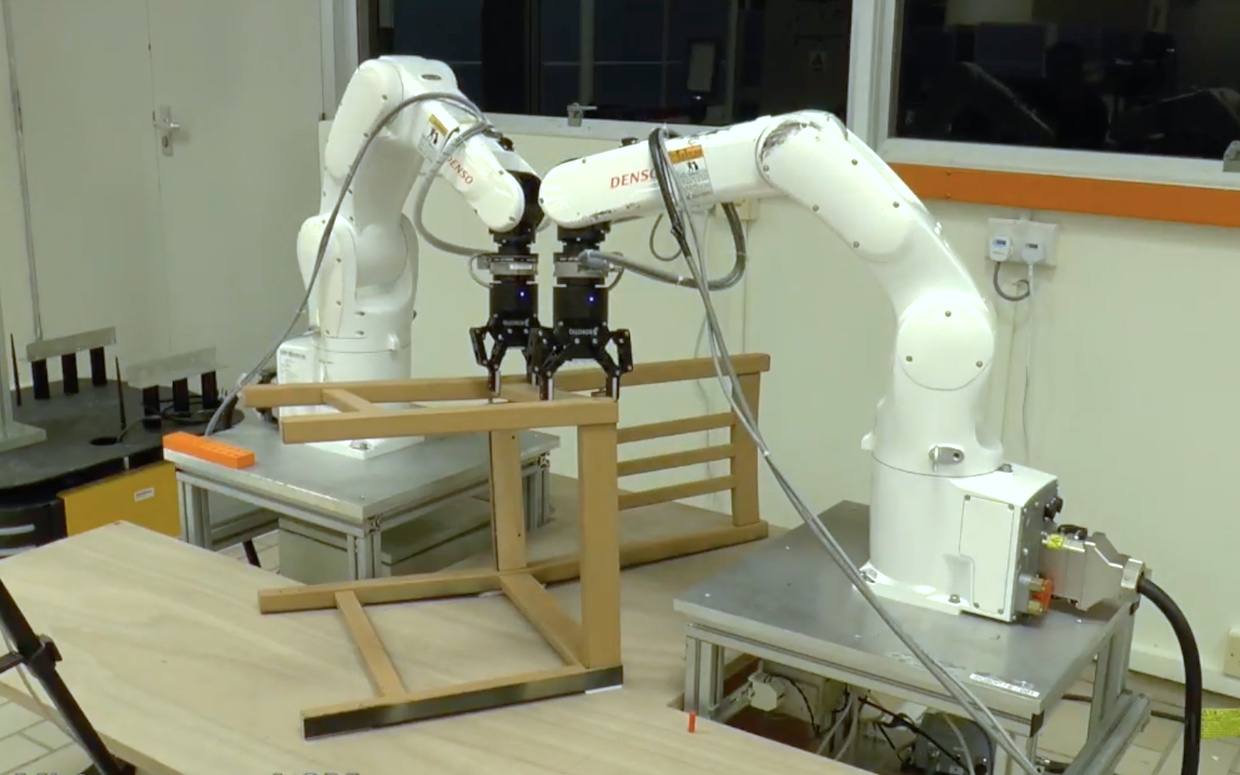 IEEE have an article accompanied by a smörgåsbord of videos (some below) of robots assembling IKEA furniture – including those dowel pins that I have personally seen a number of humans get absolutely wrong (makes me wonder if perhaps our future is doomed after all).

Apparently, one of the standards by which we should be measuring the progress of useful robotic manipulation is through the assembly of Ikea furniture. With its minimalistic and affordable Baltoscandian design coupled with questionably creditable promises of effortless assembly, Ikea has managed to convince generations of inexperienced and desperate young adults (myself included) that we can pretend to be grownups by buying and putting together our own furniture. It’s never as easy as that infuritatingly calm little Ikea manual dude makes it look, though, and in terms of things we wish robots would solve, Ikea furniture assembly has ended up way higher on the priority list than maybe it should be.

We’ve seen a variety of robotic systems tackle Ikea in the past, but today in Science Robotics is (perhaps for the first time) a mostly off-the-shelf system of a few arms and basic sensors that can put together the frame of a Stefan chair kit autonomously(ish) and from scratch.

This research comes from the Control Robotics Intelligence (CRI) group at NTU in Singapore, and they’ve been working on the whole Ikea chair assembly thing for a while. First, they had to teach robots to insert those wooden pins that Ikea uses to connect parts to one another:

Here’s that “bloopers” reel – these moments aren’t America’s Funniest Home Videos silly but they do make me :facepalm: when I think about how silly it is that we need to program robots to resolve their own bloopers, otherwise they go largely unnoticed as ‘did the robot intend to do that?’: